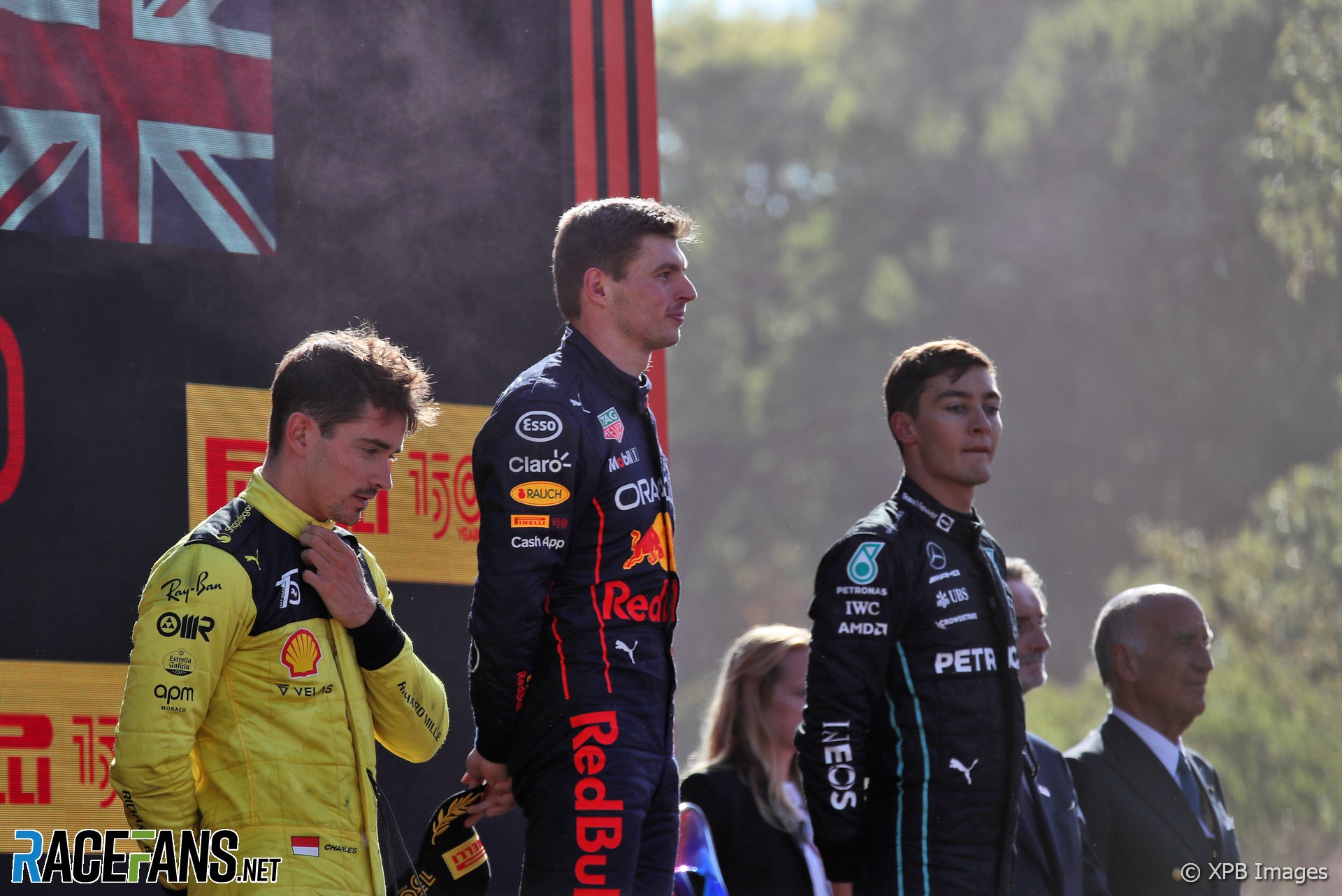 Charles Leclerc was disappointed by the decision to finish the Italian Grand Prix behind Safety Car after taking second behind Max Verstappen.

The Ferrari driver led the early stages of the race but was running second behind Verstappen in the closing stages after making two pit stops – the first under an early Virtual Safety Car period – to his rival’s one.

A late Safety Car period, triggered when Daniel Ricciardo stopped at the side of the track, appeared to offer all the drivers an opportunity for a sprint to the chequered flag. But the race was never restarted, and Leclerc was followed Verstappen home as his rival took his fifth win in a row.

“The end was frustrating,” Leclerc said. “I wish we could have ended up racing, unfortunately we were second at that point because of what happened before so it’s a shame but overall I gave it all, P2 today.”

Jeers from the crowd rang out after the anticlimactic end to the race. “I wish I could have won in front of the amazing Tifosi we have here but I just couldn’t today,” Leclerc added.

He indicated he wasn’t convinced Ferrari’s call to pit early, during that first Virtual Safety Car, had been correct. “We didn’t know what they were going to do behind so we took that choice,” he explained.

“Obviously we finished P2 so I’m not extremely happy with the race but we’ll work on that.”

Verstappen rose from seventh place to second by lap five and the Red Bull looked a strong contender for victory regardless of Ferrari’s strategy.

“We had a great race,” said Verstappen about his 11th victory of the year. “On every compound we were the quickest and the deg was very good so we had a really good race car and basically just controlling the gap.

“Of course then the Safety Car came out, unfortunately we didn’t get a restart but overall we had a really good day.”