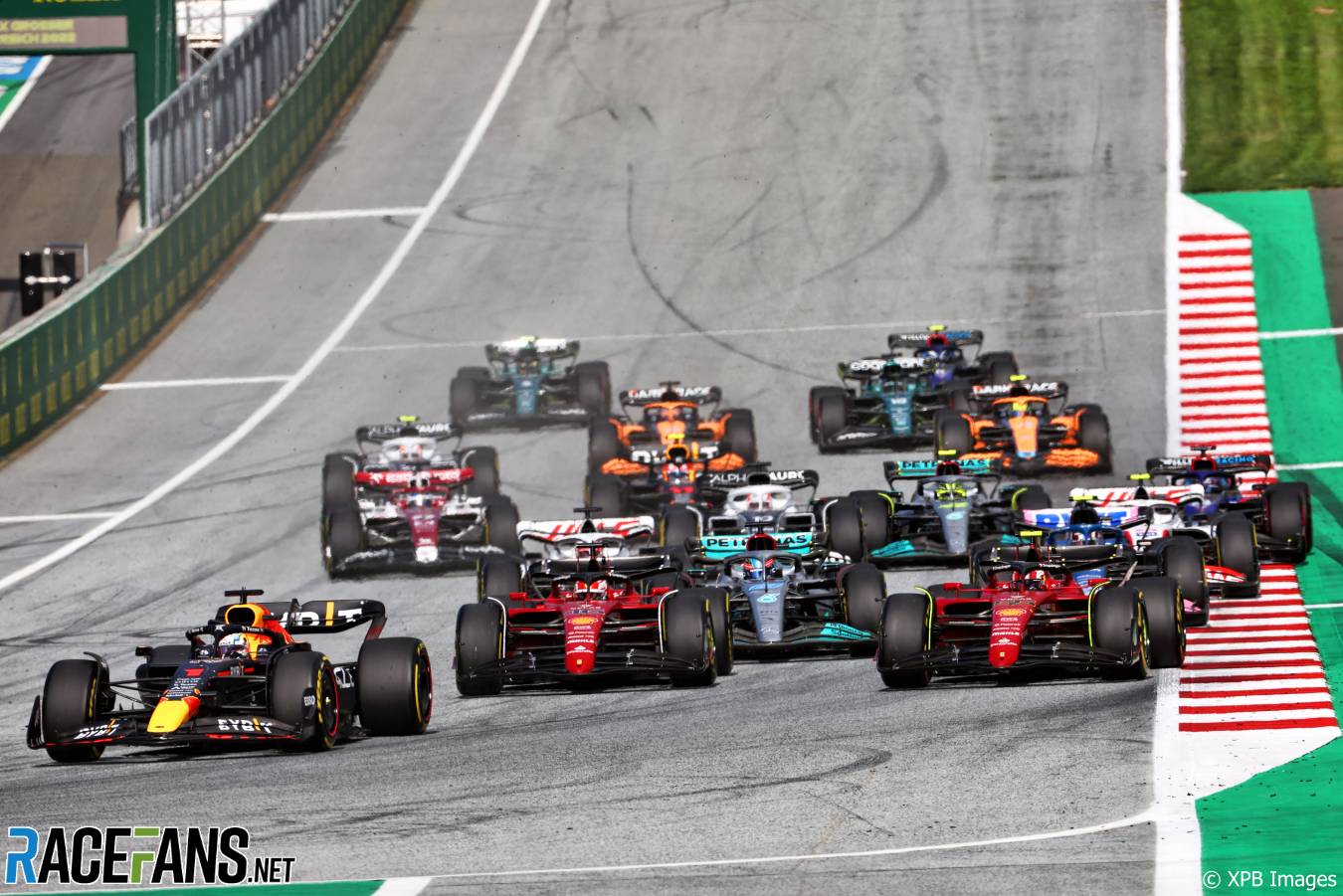 In the round-up: Formula 1 CEO Stefano Domenicali says the idea of having reverse grid sprint races is under consideration again.

Domenicali expanded on his desire to see more competitive sessions and less practice during race weekends in future. Speaking to Corriere della Serra the F1 CEO suggested “each session should be giving away either points, or single qualifying laps, or a qualification for a different and shorter Saturday race, instead of the third free practice, perhaps with the mechanism of the inverted grid.”

The disrupted grids caused by multiple penalties at races such as this year’s Belgian Grand Prix show “the beauty of having reshuffles in the race, more overtaking,” said Domenicali. “We have an obligation to try.”

F1 repeatedly tried to introduce reverse grid races without success before Domenicali replaced Chase Carey as CEO at the beginning of last year. The proposal was blocked by some teams, including Mercedes, whose team principal Toto Wolff described it as “not something we should even come close to in Formula 1.”

Nicholas Latifi said the Italian Grand Prix stewards were too slow to penalise Kevin Magnussen for cutting the Rettifilo chicane on the first lap of the race.

“I got really compromised in the first corner, just got sandwiched between cars and tried to avoid getting crashed into,” he explained. “One of the Haases cut the corner with no consequence at all. It came from behind me, because it was behind me into the first corner, and then he exited two or three places in front of me. So I think the stewards were a bit asleep there because it was multiple laps and they didn’t do anything.”

Latifi said the setback compromised his race as he spent the opening laps “stuck behind the Haas.” Magnussen was eventually given a five-second time penalty for leaving the track and gaining an advantage.

“In clean air I think I was quicker than them but the problem is we have no grip through the corners,” he said. “They’re pulling like a second through the corners and we gain maybe some of it back in the straights. And the race was compromised from there.”

Zhou Guanyu was relieved to score his first points finish for seven races after taking 10th place at Monza.

“It was quite an intense race but we had the pace to keep the Alpine behind, also the Aston at the beginning,” said the Alfa Romeo driver. “So my focus was always to get into the points, I think it was very close the whole race. So it was happy to be finally back to where we were after Canada.”

'If you look at all of the comments by Otmar (Szafnauer, the team principal of Alpine), he was giving a little play by play of the CRB and how confident they were, and now I think he looks a little silly. I think that’s why it’s best to keep your mouth shut, and we can talk about it after the fact when there’s something concrete to say.'

'It was difficult to overtake him because he improved the pace in the last eight laps, we were on him the whole race. So it is frustrating but at the end of the day, we're bringing home more points and that’s what matters.'

Roger Penske: 'At the moment, we’ve got two guys in Chevrolet and Honda as our partners, and we’ve got our eyes on an alternate,” he added. “We’re talking to other manufacturers. We’re on it.'

@12WillPower one of the best drivers now a days in Motorsport. The guy is just superb. Congrats Mate onto the Championship.

@fia @F1 This could have gone completely wrong, cars on pedestrian paths. VIPs were given maximum priority and this was unnecessary. Crowd control was very bad. Didn't learn from Love Parade? #f1monza pic.twitter.com/6rTGpOrtyd

So sorry to hear he’s sidelined with something like this. They say its a simple surgery, but I say its only simple if it is happening to the other guy.

I’ve had major surgery and just waking up and getting your bearings can be very difficult. Recovery post op is different for everyone depending on how the anesthesia is metabolised out of the body.

I’m just glad they caught it and were able to get him on a ventilator him in time. Hopefully he’ll be back soon. He always seems like a very nice young man. Get well soon!
Mark in Florida