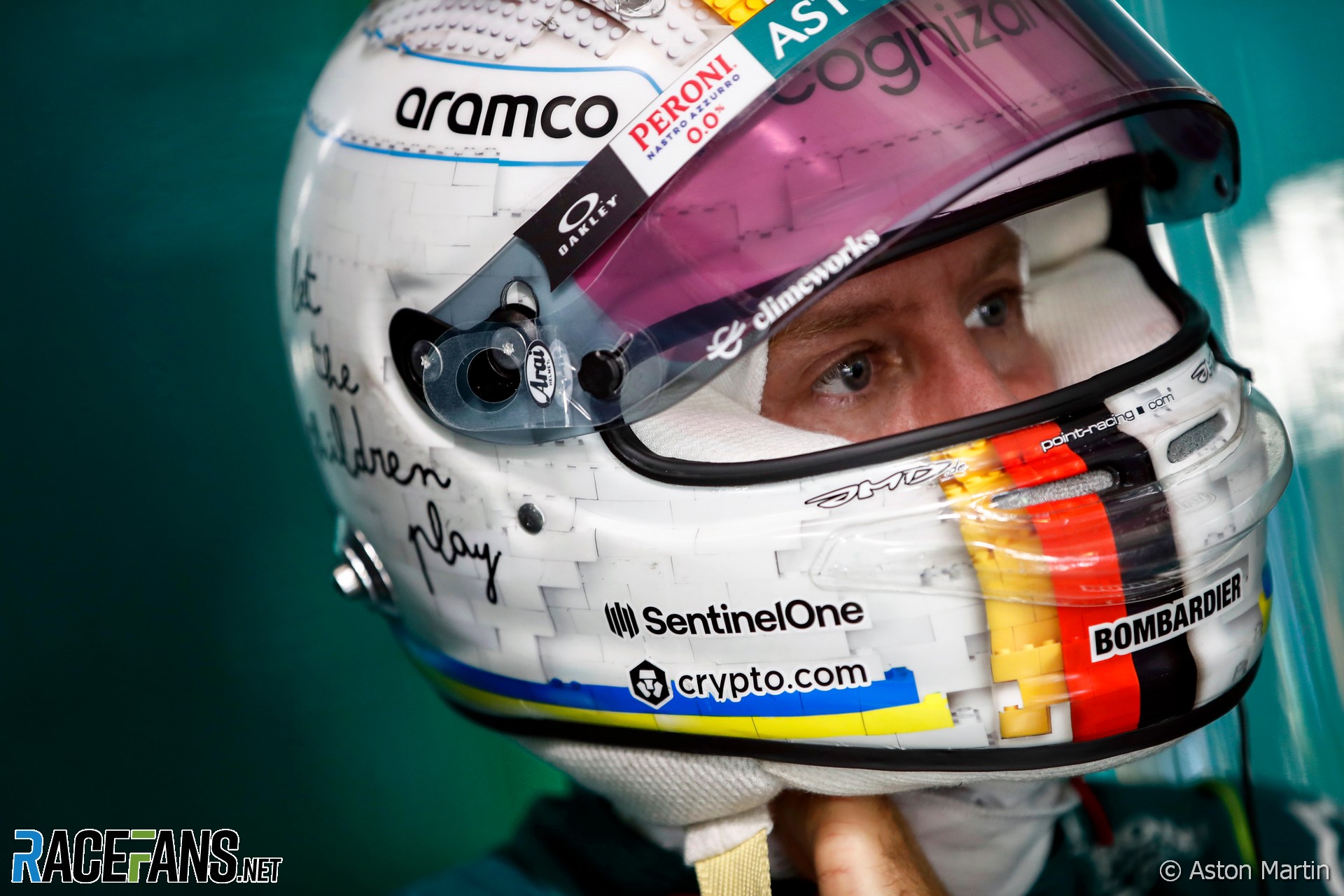 In the round-up: Sebastian Vettel says the F1 order at the start of the year is unlikely to change under current constraints.

Cost cap making it harder for teams to rise up order

Aston Martin driver Sebastian Vettel thinks the competitive order in Formula 1 is unlikely to change much before the end of this season due to the impact of the cost cap on the development race.

“It’s the same old game,” he said. “Nothing has changed. It’s been like this for as long as I can remember. So I have never seen a team starting last in the beginning of the season and all of a sudden being in the front at the end of the season. You don’t catch up. And probably this is the hardest year to catch up because you can’t spend money. It is what it is.”

While Formula 1 and Formula 2 do not finish their 2022 seasons until late November, Formula 3 already has and is spending this week at Spanish track Jerez to do three days of post-season testing.

The Italian set his fastest lap in the morning session, heading Art Grand Prix’s Kaylen Frederick and Campos Racing’s Pepe Marti. Frederick came to the fore in the afternoon session, but could not match the earlier pace, while several teams switched focus to doing longer runs. The test action was stopped several times by incidents, one of which Mini caused after he topped the times.

Launched only six months ago, the firm already supports the careers of drivers in Formula 2, Formula Regional, Formula 4 and karting, and 17-year-old Mart is the fifth signing.

He came third in Spanish F4 last year, stepped up to Formula Regional Asia and came second, then made an even bigger step to race in F3 where he came 26th in the standings in his rookie season. He already had links to Alonso through the F1 world champion’s Kimoa clothing brand.

'The British Formula 4 championship will have an official Esports counterpart for the third year running with the announcement of a six-round series taking place this Autumn.'

'Argenti will complete the 2022 season as a four-car operation after confirming the signing of Barashi. The 17-year-old has tested extensively throughout the year with the team to gain valuable experience and mileage in the Tatuus T-421, and will now round out that programme with his first competitive action, starting at Silverstone this weekend.'

Exclusive: The plan of the Argentine Franco Colapinto to be able to reach F1 (Infobae)

'The 19-year-old has the chance to race for the next two years with MP Motorsport, the reigning F2 champion. With that team he will take part in F3 post-season testing.'

'Andretti Autosport president J-F Thormann has been the driving force behind the team’s Indy Lights and Road To Indy programs for as long as the outfit has been involved in junior open-wheel racing. Among all of the future stars who’ve worked their way through their Indy Lights program, few have drawn as much attention as W Series champion Jamie Chadwick, who will conduct her first test for the team on Wednesday in Sebring.'

This morning, we took some time out with Sebastian to visit Stoke Mandeville Hospital, meeting NHS staff and patients at the National Spinal Injuries Centre to learn more about their ground-breaking work. pic.twitter.com/TPMjJN5UqW

The FIA’s announcement of the 2023 F1 calendar, which has expanded to 24 grands prix as anticipated, prompted many questions about how serious the talk of emissions and cost-saving were by the FIA and F1. The races in North America are under particular scrutiny for not being grouped together, but would that have been the best solution for the paddock?

It isn’t really clear how much can be saved by ‘bundling’ the North American races. Yes, it looks and sounds like a good idea to put some of Montreal, Miami, Texas and Las Vegas in a group, but is there really any saving?

The distances between them are great enough that they will still be fly-in events. Just too far to go by road in the time available. Typically 3,000km+ between them. Shortest hop, Miami to Austin, 2,100km. Mexico and Brazil are flights regardless.

Just think of the cultural exchange opportunities having the team personnel spending weeks on end in the heartland of the USA, going hotel to hotel…
NS Biker

12 comments on “Vettel: “This is the hardest year to catch up” due to cost cap”