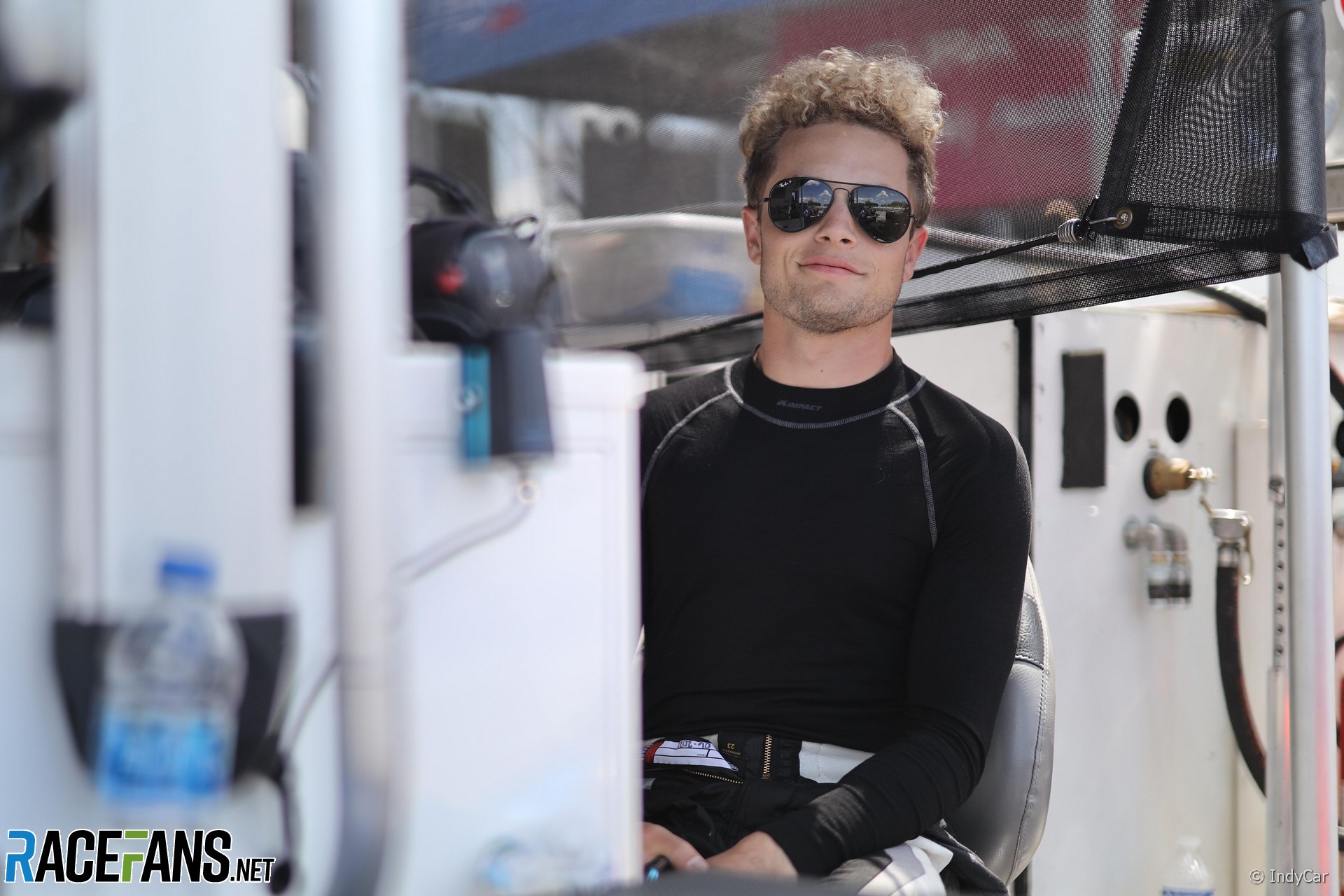 IndyCar driver Santino Ferrucci will return to the series for the full 2023 season after AJ Foyt Racing confirmed he will drive their number 14 entry next year.

After racing full-time in the series with Dale Coyne in 2019 and 2020, former Formula 2 racer Ferrucci has spent two seasons racing a limited schedule with Rahal Letterman Lanigan, Juncos Hollinger and Dreyer & Reinbold. Ferrucci also appeared in the 2021 and 2022 Indy 500s, securing top ten finishes in both.

AJ Foyt Racing have now confirmed that they have signed the 24-year-old to drive the car which was driven by Kyle Kirkwood this season. The rookie is moving to Andretti in 2023.

“Being a part-time driver over the last two years has been hard for me, personally,” said Ferrucci.

“I’m a race car driver and I want to compete. Working with different teams has been exciting and I’m proud that no matter which car I’ve raced, I’ve always shown speed and consistency. I couldn’t be more excited to join AJ Foyt Racing. I can’t wait to make the best of it.”

AJ Foyt team president Larry Foyt said signing Ferrucci will benefit both the team and the team’s second driver, rookie Benjamin Pederson, who will join the team from the Indy Lights series.

“He’s shown a knack for getting towards the front of the field, and I think he is a racer who moves forward on race day,” said Foyt. “AJ sees the fire in him and has enjoyed their meetings together. I think Santino’s experience will help his rookie team mate as well, so he is a great addition to our roster.”

Ferrucci had been racing in Formula 2 in 2018 and was a Haas F1 junior driver until he was dropped by his Trident team. The FIA handed him a four-race ban after he was deemed to have deliberately collided with team mate Arjun Maini and driving his car from the paddock to the pits while operating a mobile phone .

“IndyCar became my goal after leaving F1 in 2018,” explained Ferrucci. “I finished up my season in Europe and was asked to fill in for Pietro Fittipaldi in the Detroit Grand Prix. I instantly fell in love with the cars, the style of racing and the people. That’s when I knew that IndyCar needed to be my new home.”