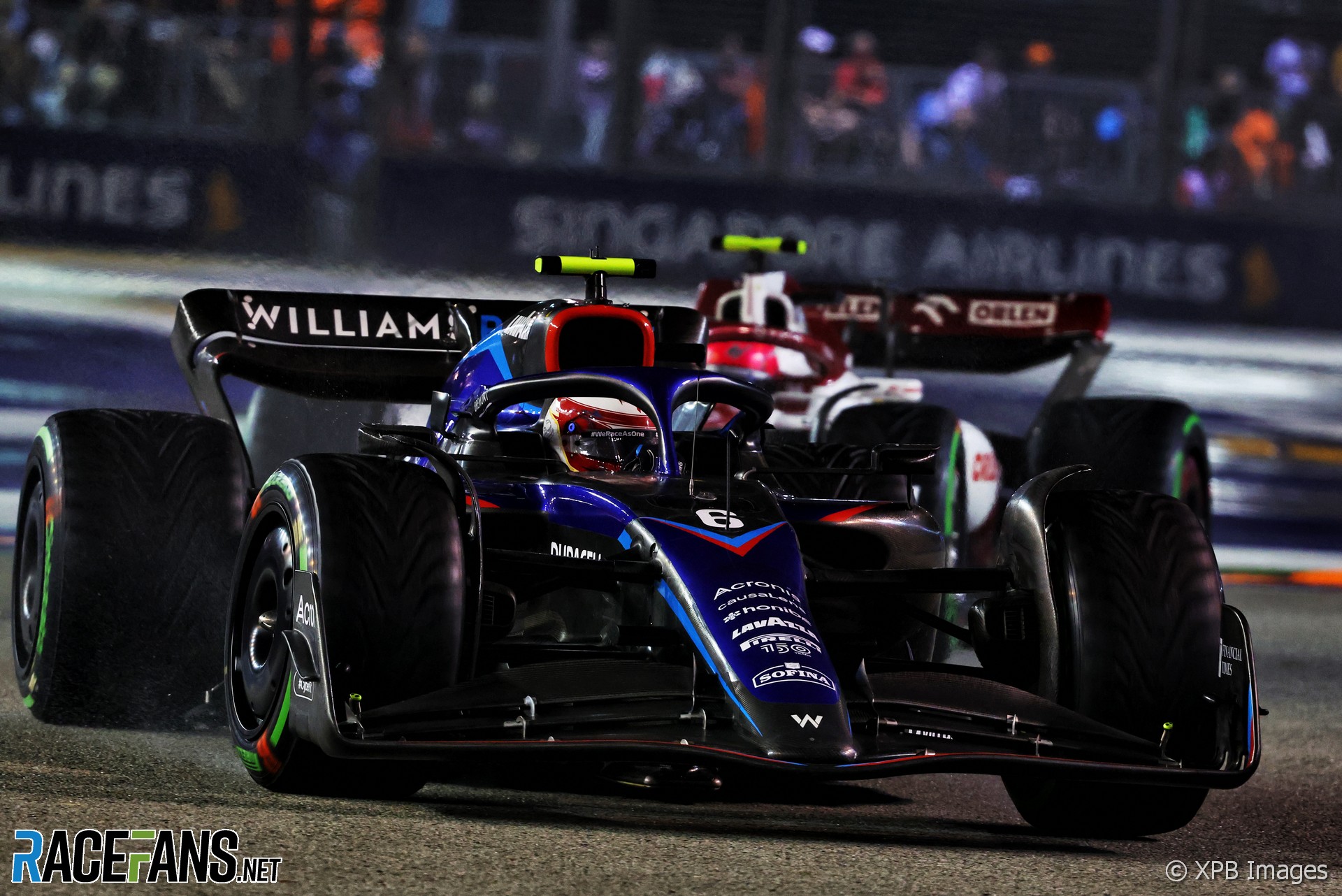 Nicholas Latifi says the Singapore Grand Prix stewards should have invited him to explain his collision with Zhou Guanyu last weekend before penalising him for it.

The Williams driver was given a five-place penalty for this weekend’s Japanese Grand Prix after the stewards ruled he was responsible for the collision which put both drivers out of Sunday’s race.

Although Latifi agreed he caused the collision with Zhou, he is unhappy the stewards did not invite him to explain what happened.

“Watching all the different onboards, I think if you’re going off the rule book, it’s clear,” he said. “He came up alongside me and I didn’t leave him enough space.”

However, Latifi added, “one of the frustrations is that I didn’t have a chance to go to the stewards because they didn’t ever summon me like normally happens when there’s an incident between two drivers.”

That meant there were “things that were maybe not considered” about the collision. “I was taking the same line I was taking every single lap beforehand and I did actually look in my mirrors in both ways,” he pointed out. “You see from the onboard that I glance in both directions.

“But the problem was just because of the difference in lines. He was driving in the blind spot of the mirror the whole way down to the corner. So in that sense, as drivers, we all know there’s massive blind spots in the car. And again, I did look.”

The Williams driver said his penalty would have been easier to accept had there been a discussion with the stewards about the incident. “If I would have got penalised anyway in the end after being able to at least give my side of the story, it doesn’t really make much of a difference, then I would have accepted that,” he said.

“But I guess just not being able to go to the stewards and give my side of the events and give different points that I think weren’t considered that was probably a bit frustrating. Especially when we’re always talking about the consistency amongst decisions and penalties and whatnot.”