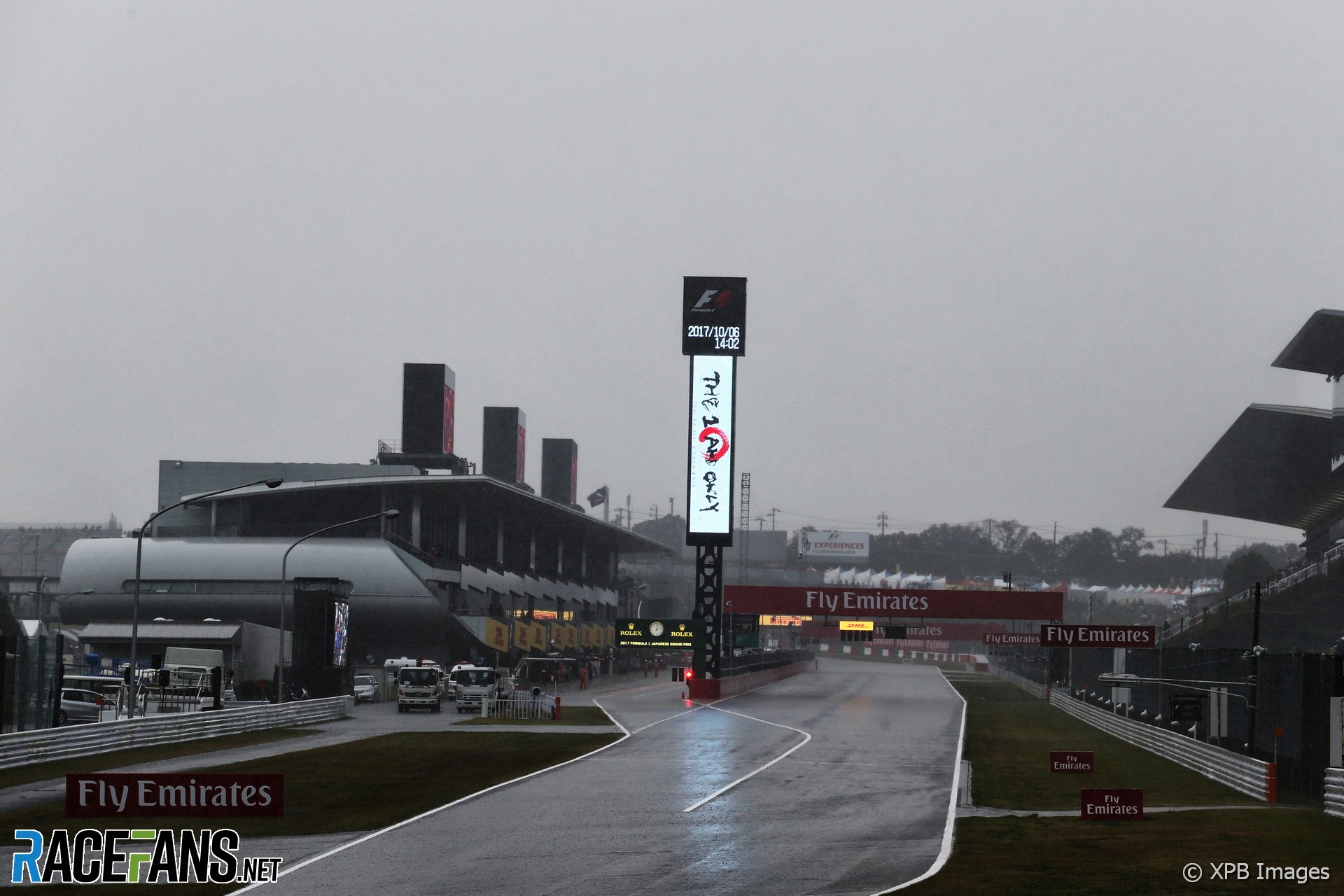 Formula 1 looks set for a wet and windy return to the Suzuka circuit when practice for the first Japanese Grand Prix for three years begins on Friday.

Japan’s round of the world championship has been at the mercy of the country’s typhoon season over the years. The last race weekend in 2019 saw all Saturday running cancelled for safety reasons due to concern over Typhoon Hagibis. Qualifying was postponed to Sunday morning – emulating the events of the 2004 and 2010 weekends where Saturday’s session was also postponed due to weather concerns.

This year, a cooler weekend than usual awaits the teams as they return to the famous figure-of-eight circuit. There is significant rain predicted for Friday afternoon when both practice sessions are due to take place, which could cause teams major headaches for the rest of the weekend and reduce opportunity to gather data for their race strategies. It’s also bad news for Pirelli, as the second practice session is due to be extended by 30 minutes for tyre testing.

Qualifying day on Saturday should, fortunately, be free from any rain. Cool temperatures under and around 20C are likely but little cloud cover is expected, making Saturday’s final practice session vital as teams could have only one hour to enjoy dry running.

Sunday could start with rain falling over the circuit in the early hours, but this is expected to stop long before pre-race ceremonies begin. Fairly overcast conditions are likely, however, while the biggest concern for drivers will be the winds which will be at their highest over the weekend during the race. With Suzuka famed for its sweeping, high-speed corners, drivers will have to keep alert to avoid losing control in the blustery conditions.

The lower temperatures will also add an interesting dynamic to the race weekend as Pirelli will bring its hardest combination of tyre compounds to Suzuka, possibly providing a challenge to teams that struggle to generate heat into their tyres, such as Mercedes. This will be the final time Pirelli’s hardest C1 compound appears in 2022.

Suzuka has often been one of the venues on the F1 calendar most likely to be affected by inclement weather conditions. It has played host to many heavily wet rounds over the years, including the 1994 Japanese Grand Prix and the tragic race in 2014 in which Marussia driver Jules Bianchi suffered ultimately fatal injuries after crashing in heavily wet conditions.