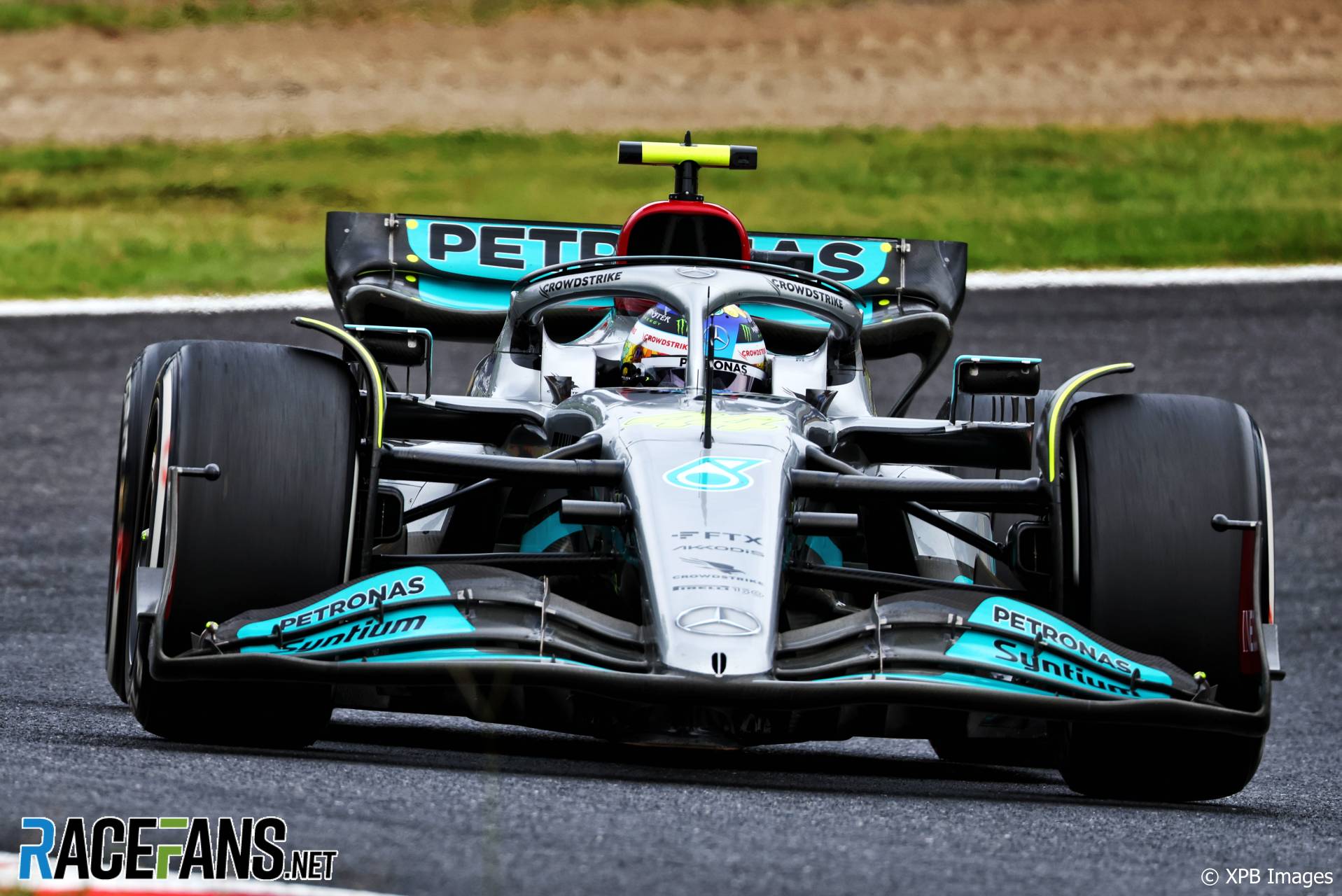 Lewis Hamilton does not think Mercedes will be able to fight for victory in the Japanese Grand Prix even if the rain returns tomorrow.

The Mercedes driver will start the Suzuka race from sixth on the grid after his best Q3 time was nearly a full second slower than Max Verstappen’s pole-winning lap. Mercedes team mate George Russell will start behind him in eighth, with the pair split by Fernando Alonso’s Alpine.

Many teams expect tomorrow’s race will be affected by rain during at least part of the 53-lap event. Hamilton said Mercedes had opted for a higher-downforce set up on their car, which was 10kph slower in the speed trap in Q3 compared to the pole-winner.

“We were losing a lot of time on the straights,” Hamilton told Sky. “But the car was feeling really good else throughout the rest of the lap. So it was fun.

“My laps were generally good. I didn’t have any problems otherwise. I think we’re losing something like five or six tenths just on the straights. Otherwise we kind of anticipated it going in, we have a bigger wing than the other guys. That’s about it.”

Asked how far up the order he expects Mercedes to be able to fight during the race, Hamilton admitted that “it depends on the conditions that we have.”

“If it rains, I think we didn’t have too bad yesterday in the wet conditions,” he continued. “I think either way we should be a little bit closer than we were today. Just hoping for a better race result than we had [today].”

Even if the conditions on Sunday end up playing into Mercedes’ hands, Hamilton doubts that they will be able to challenge for the race victory.

“That’s a real reach to try and say that we can get a win,” he said. “Those guys are nine-tenths ahead so you don’t go from being nine-tenths behind in qualifying to winning a race.”