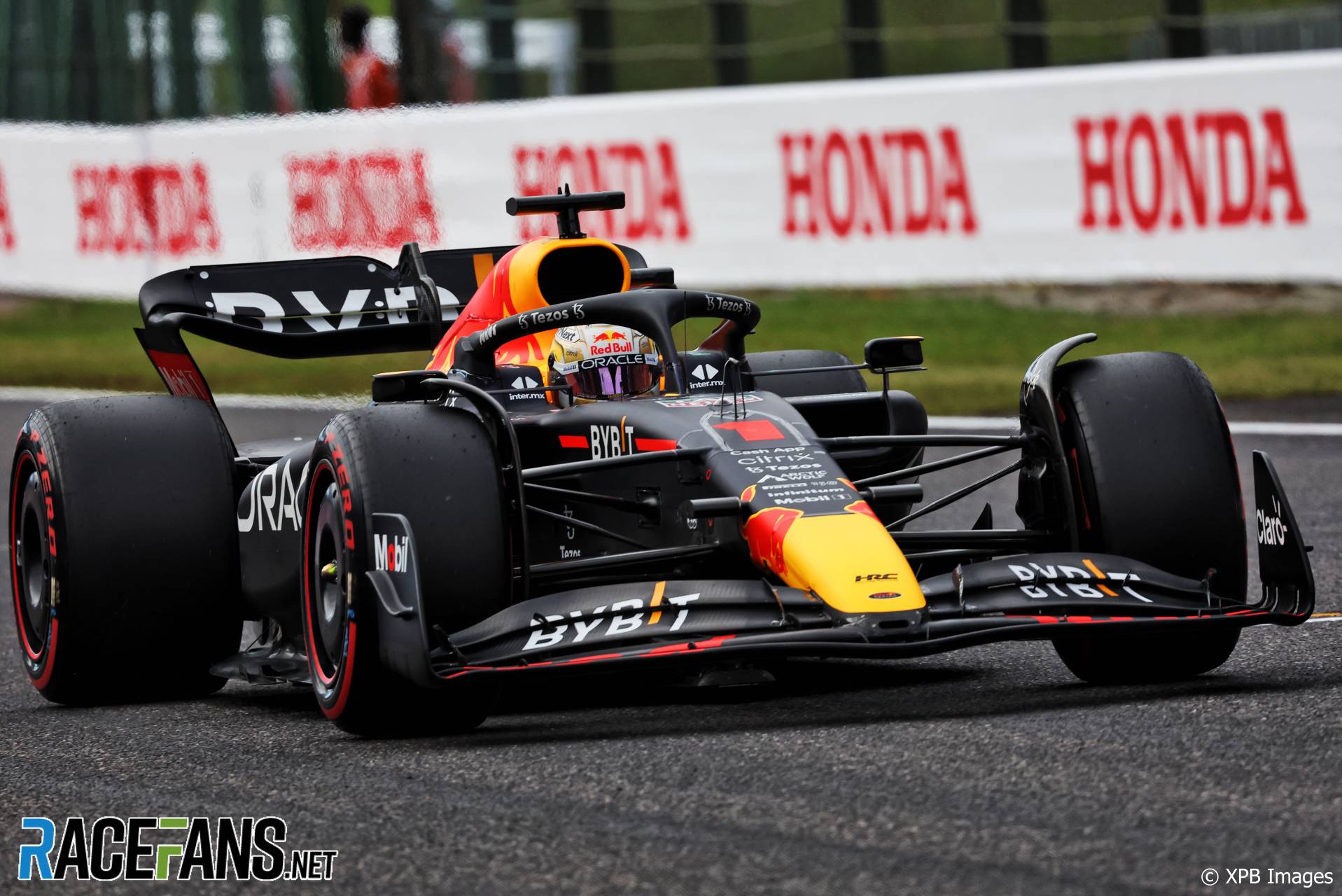 Max Verstappen says Lando Norris should have been more “respectful” after the pair almost collided during qualifying for the Japanese Grand Prix.

The stewards have summoned the pair to meet them at 5pm local time – one hour after qualifying ended – as they investigate whether he broke the rules.

The incident occurred as driver prepared to begin their first laps in Q3. Verstappen was approaching the chicane at the end of the lap slowly when he was caught by Norris.

The McLaren driver was also preparing to start his lap and Verstappen’s race engineer Gianpiero Lambiase told him his rival was approaching. But as Norris moved to pass Verstappen on the left-hand side the Red Bull accelerated and slewed sideways towards the McLaren. In reaction, Norris drove onto the grass as he passed Verstappen.

The stewards are investigating whether Verstappen broke article 33.4 of the sporting regulations which states: “At no time may a car be driven unnecessarily slowly, erratically or in a manner which could be deemed potentially dangerous to other drivers or any other person.”

Verstappen said Norris should have waited for him to begin his lap instead of trying to overtake. “We were all on out-lap and we were all lining up to try and create a gap to everyone,” he explained. “And somehow he still wanted to get me into the chicane.

“I was at the point of accelerating but I was on very cold tyres, so I had like a little moment and that’s why he had to drive around me.

“But if you’re just a bit more respectful then everyone is anyway already lining up, I don’t think anyone is trying to pass into that last chicane. So basically by trying to pass me you create that kind of problem.”

Verstappen said the pair were fortunate not to collide. “I was just driving quite slow and I wanted to accelerate but my tyres were quite cold,” he said. “So then I had a big moment.

“Then of course Lando was trying to pass me at the same time, so he had to avoid me a little bit but luckily nothing happened.”

After the pair had completed their timed laps, Verstappen caught up to Norris along the back straight on the in lap, pulled alongside and gestured an apology. The Red Bull driver set the quickest time in qualifying, securing pole position.

“It was pretty incredible to drive here again,” he said. “Especially in qualifying when you’re on low fuel these cars really come alive through the first sector.

“Of course I’m very happy to be on pole but also in general just super happy to be back here.”

Verstappen’s final run did not go smoothly as a part fell off his car at turn two, which Lambiase alerted him to. “Ah, that was mine?” Verstappen replied on his radio. “I was wondering.”

Speaking after the session he suggested the damage may have prevented him from lapping even quicker. “I lost a part of the duct in my final lap, so probably that’s why I couldn’t really improve,” he said. “But nevertheless, the first one was good enough.”