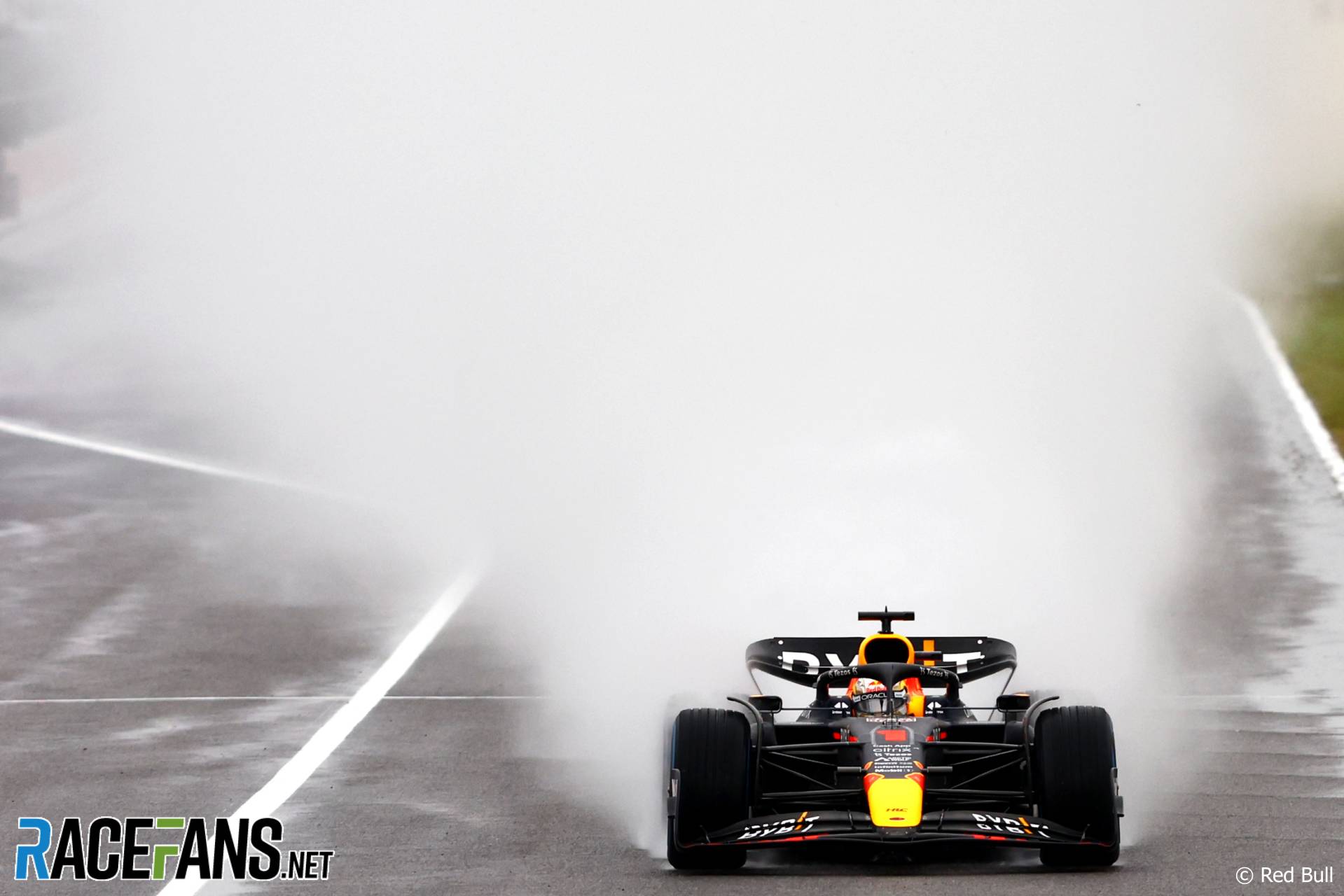 The driver cast doubt on claims he’d won the world championship after taking victory in today’s Japanese Grand Prix. The race only ran to 28 of the scheduled 53 laps – 52% of the scheduled distance.

F1 introduced new rules for 2022 which state reduced points will be awarded if less than 75% of the race distance is completed. However the FIA confirmed full points would be handed out for the race.

“The rules regarding the reduced points allocation (article 6.5) only apply in the event of race suspension that cannot be resumed,” an FIA spokesperson told RaceFans in a statement. “Therefore full points are awarded and Max Verstappen is world champion.”

Verstappen clinched the championship once it was confirmed his rival Charles Leclerc had been given a five-second time penalty for leaving the track on the final lap, which demoted him to third place.