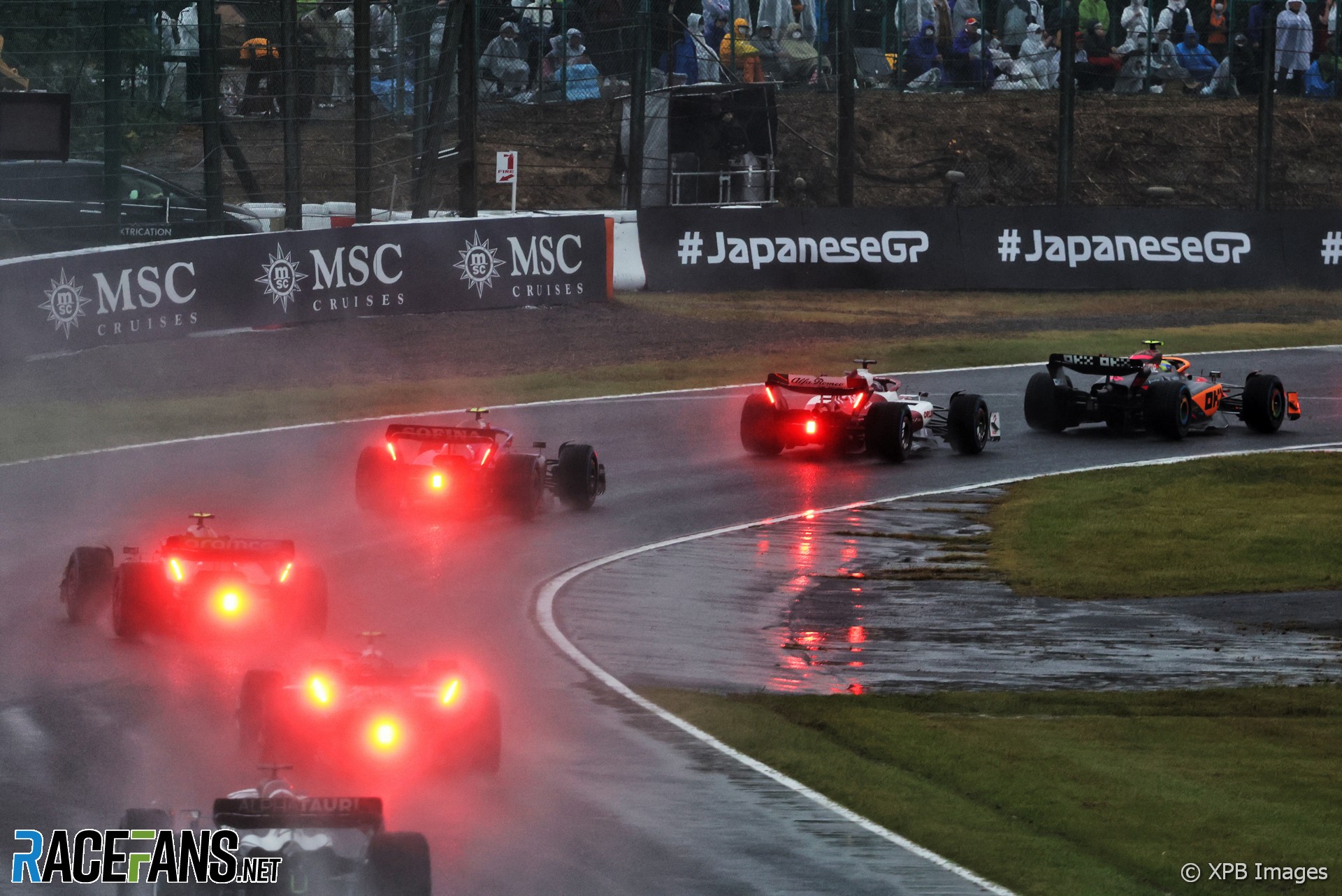 Formula 1 team bosses have backed their drivers over calls to ensure recovery vehicles are not sent onto tracks during races.

Several drivers sharply criticised the decision to send vehicles including a crane onto the track during a Safety Car period at the start of yesterday’s Japanese Grand Prix. The FIA has said it will review the decision but noted “it is normal practice to recover cars under Safety Car and red flag conditions.”

However McLaren team principal Andreas Seidl, whose driver Lando Norris took to social media while yesterday’s race was suspended to criticise the use of the recovery vehicles, said the practice needs to stop.

“It’s obviously clear that something like this simply must not happen,” said Seidl. “At the same thing it’s important to discuss this with the FIA together with the drivers as well in a constructive way and then wait for analysis and make sure it doesn’t happen any more.”

Norris was one of several drivers who compared the incident to crash which claimed the life of Jules Bianchi in 2014, when he spun and hit a crane which was parked in a run-off area.

Speaking before the FIA confirmed a review will take place, Red Bull team principal Christian Horner said the incident “needs a full investigation into it because obviously after the tragedy of Jules Bianchi, something like that you never want to see again.”

“So I’m sure the FIA will do a full investigation,” he added. “But safety vehicles like that should never be on the track when there’s cars running around.”

Bianchi was backed by Ferrari, whose team principal Mattia Binotto also criticised the presence of the recovery vehicles during yesterday’s race.

“Certainly having a crane on track while the car running, we said that’s very dangerous which should not happen,” he explained. “So overall I think it has been a bad situation, again it needs to be addressed and cannot happen anymore.”