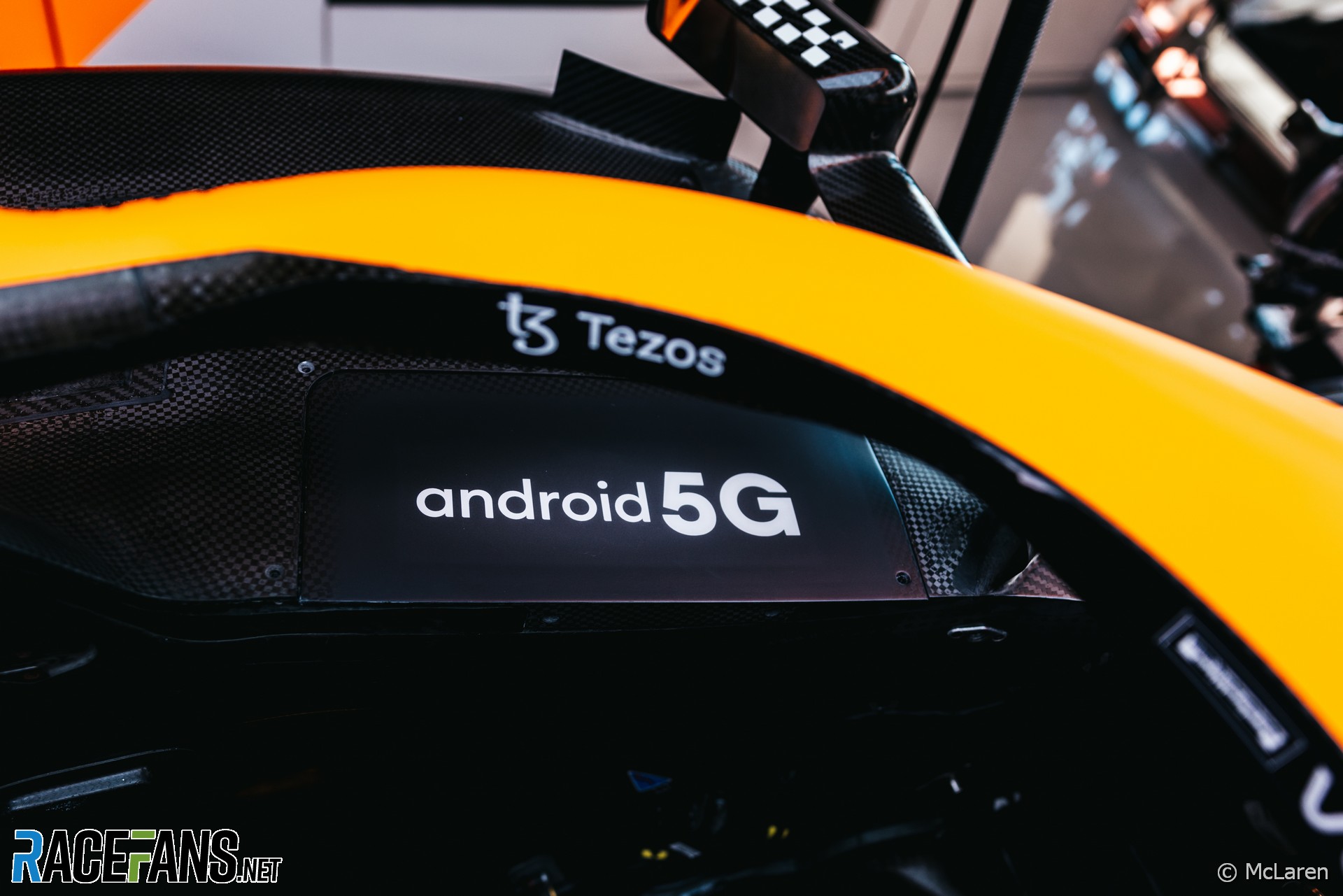 McLaren has claimed a first by introducing new technology which will allow the team to change the branding on its car during a race weekend.

The system will be debuted at this weekend’s United States Grand Prix and used until the end of the season, though in Friday practice sessions only.

Two display units will be positioned around the cockpits of their MCL36s. Images issued by the team indicate they will be either side of the driver.

McLaren’s executive director for brand and marketing, Louise Evans, described it as “one of the most exciting innovations in digital advertising technology.” The team expects it will allow them to give more flexible branding options to its partners.

“Being able to rotate different brands on our cars is a game-changer in this space and we are looking forward to seeing the impact this has on the wider industry,” Evans added.

The team is looking into using the system for its other racing activities, which include IndyCar, Extreme E and, from 2023, Formula E.

McLaren claimed an other advertising first earlier this year when it incorporated the logo of Google’s Chrome browser into its wheel hubs. The team previously experimented with illuminated hubs during post-season testing last year.

The system which will be used from this weekend was developed by Seamless Digital. CEO Mark Turner said the “this is just the beginning of [flexibility] on car branding and motor racing assets.

“By ensuring the technology works on a Formula 1 car we have already cracked the toughest place to innovate and are set to disrupt advertising across F1, motorsport, golf, US sports and ultimately, wider more mainstream use.”

The screens will be used by brands to “communicate situationally relevant messages”, said Turner. Many sponsors already vary their logos and graphics from race to race in order to suit local markets or adjust for variations in legislation.