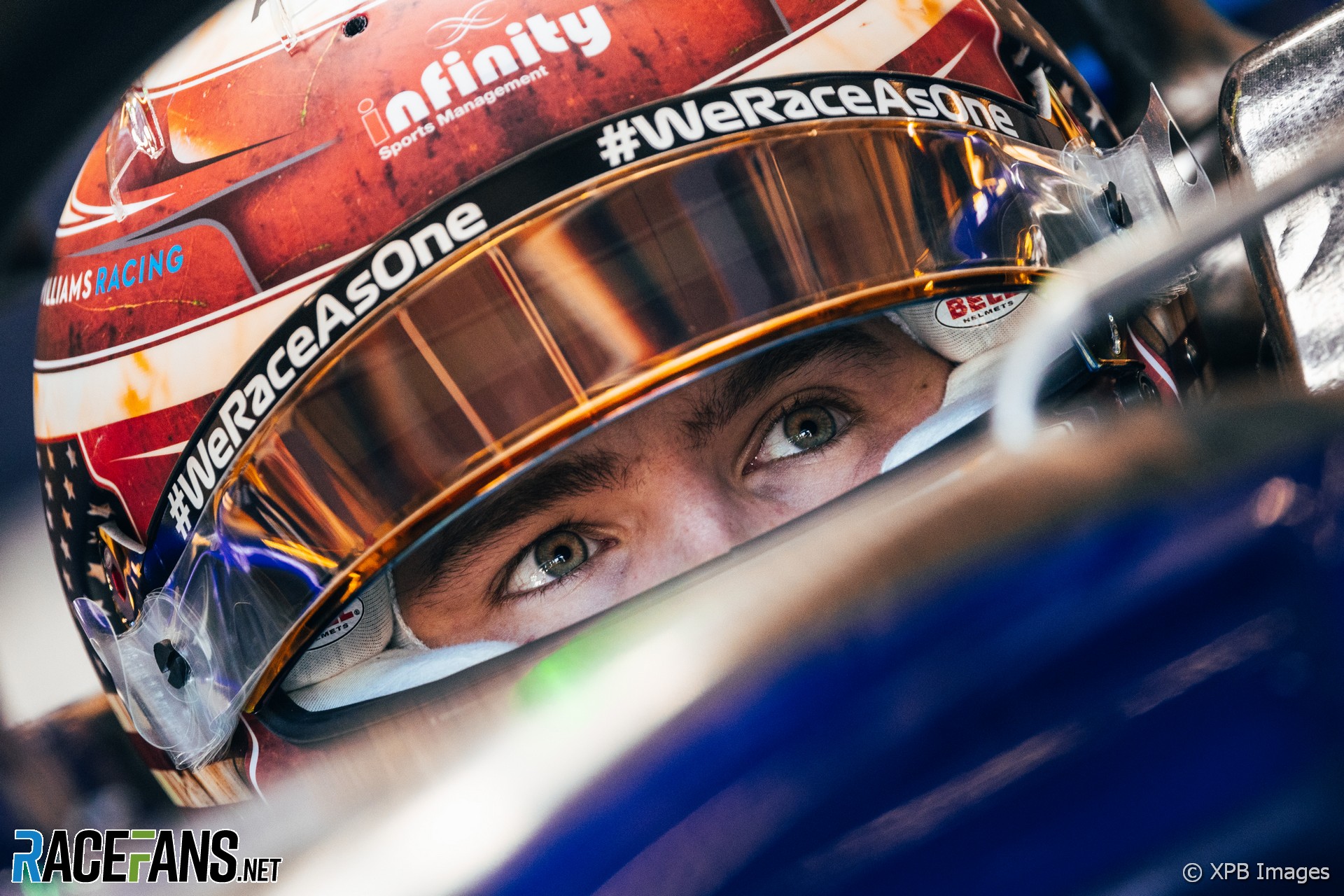 In the round-up: Williams team principal Jost Capito hinted Logan Sargeant could be announced as their new driver for the 2023 Formula 1 season today.

Speaking to fans on Friday, Capito responded to a question about when F1 might next have an American driver by saying: “Follow the news and you might see something on Saturday.”

Williams was bought by US firm Dorilton in 2020 and the team has already indicated Nicholas Latifi will not be retained next year. Previous candidates for the seat, Oscar Piastri and Nyck de Vries, have been signed by rivals.

Sargeant lies third in Formula 2 with one round remaining and is poised to reach the 40 points required for an F1 superlicence, and made a successful appearance for the team in first practice yesterday. He became a Williams junior driver one year ago today and tested for the team at the end of last season. He said his first experience of driving a 2022 F1 car in was “very different” to what he expected.

“I think the main goal coming into the day was just to learn as much as possible and I feel like I did pick up on a lot,” said Sargeant. “It’s very different to what I honestly expected, but in a good way. A lot of potential to still pick up on and improve on. But I think it was a good start and I’m happy with how it went.”

He said his priority is to ensure he ends the season with sufficient superlicence points to be ableto graduate to F1. “I need to have a good Abu Dhabi to secure my superlicence,” he said. “That’s the main focus at the moment, to go out there and have a good round and solidify myself in the top two in the championship.”

Sainz prefers second race win to fourth in the standings

Carlos Sainz Jnr has admitted he would prefer to win a second race before the end of the 2022 season rather than secure fourth place in the drivers’ championship ahead of George Russell.

The Ferrari driver took his first grand prix victory at Silverstone earlier in the season, but currently sits fifth in the drivers’ championship on 202 points, five behind Mercedes driver Russell. With only four races remaining in the championship, Sainz says where he finishes in the standings is irrelevant to him.

“Fifth, fourth – it doesn’t change my life as a racing driver,” said Sainz. “I only care about obviously winning and having a good season.

“If I can finish fourth, I’ll take fourth, but I would prefer to win a race before the end of the year, even if it doesn’t mean I finish fourth. And I think for us it’s important to try and win, to get the podiums, to get the consistency. Obviously this would bring P4 to the table but I’m focusing more on that than on the championship.”

Frost, who has raced two full seasons in the series, set the best time of a 1’16.253 around the road course at the superspeedway.

W Series champion Jamie Chadwick was the slowest of the 16 drivers in the day’s running, 1.4 seconds off Frost’s pace after hitting the barriers.

"F1 are looking to work with the existing Formula 3 teams to attract drivers who are under 16. The series could be up and running by as early as next season with the aim of having between 12 and 15 cars on the grid."

"It's a mess all around because we're talking about 2021 of course, not this season. Clearly the regulations are not right, they've got to be changed because most teams will tell you that's a season-long development budget. The terminology, a minor breach, suggests that it wasn't of great gravity. Clearly it is, Red Bull are very sensitive about it."

"Tucked away inside a private room at Eddie V’s Prime Seafood Restaurant in downtown Austin on Thursday night, Hamilton and Pitt, 58, were joined by Mercedes team principal Toto Wolff and F1 CEO Stefano Domenicali. Greg Maffei, CEO of Liberty Media – the American company which owns F1 – was in attendance, as were Hamilton’s father, Anthony and stepmother, Linda. Joseph Kosinski – the man behind Top Gun: Maverick, who will direct the F1 movie – also sat at the table."

"While Formula 1 doesn’t boast a long history of races so terrible that they turn an entire country off a certain kind of motorsport, one such race took place less than two decades ago at the 2005 United States Grand Prix. Unfortunately for F1, the politics-driven chaos was the antithesis of what American audiences needed after watching its own domestic series torn apart time and again by similar infighting."

"Who thought leaving Lando and Daniel in the Team Hub with a dartboard and temporary tattoos was a good idea? Needless to say, they took full advantage of the opportunity to stamp their mark on each other."

Additionally monitor where all cars are on track. I find it hard to comprehend why this isn’t happening already. However the recommendations are all positive to avoid the incident again. And good that we have at least been informed. https://t.co/AXbdwr47xk pic.twitter.com/tv2dROvtOf

Been fun to catch up with the homies 🤙 https://t.co/6Lw1rKAU5N

In other news, @1JessicaHawkins sent me this today.

I got a smile off Daniel Ricciardo 😆 what a legend! 🏎 pic.twitter.com/YHFJh74QYG

I hadn’t realised that all of the most questionable race direction this season (Monaco, Singapore and Japan) had come at races where Freitas was at the helm. Probably a wise decision to replace him, then.
Red Andy