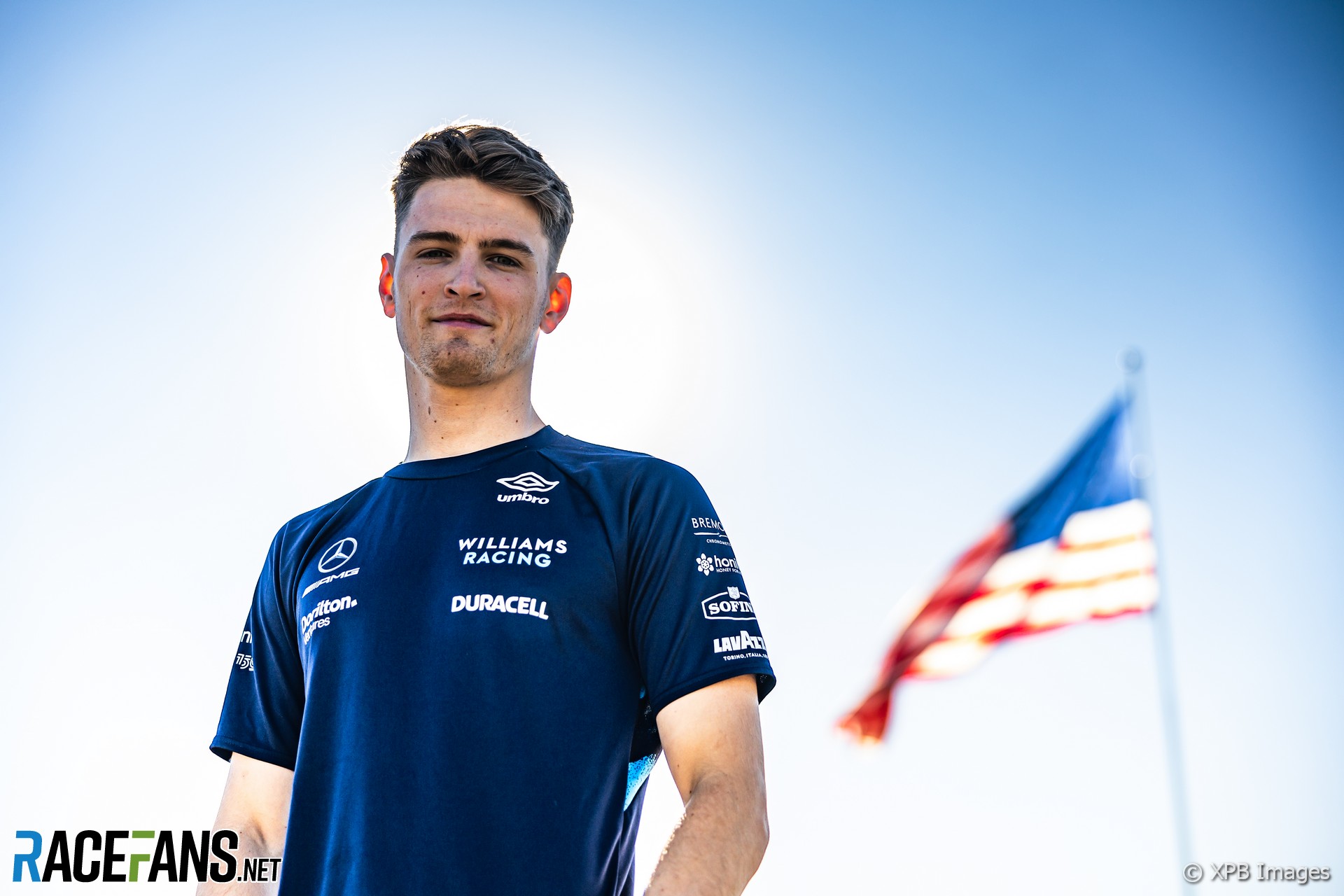 Williams has confirmed its junior driver Logan Sargeant will make his Formula 1 debut with the team next year if he gains the required superlicence.

Sargeant, who lies third in the Formula 2 standings, drove for the team in first practice for his home round of the championship at the Circuit of the Americas yesterday. He will partner Alexander Albon at the team next year following Nicholas Latifi’s departure.

“We feel he’s ready to race,” said Capito during the FIA team principals’ press conference at Circuit of the Americas. “Under the condition that he has enough superlicence points after Abu Dhabi, he will be our second driver next year.

“He had one season in F2 and I’m a fan of getting young drivers as quickly through as possible into Formula 1 – because the series below, the cars compared to Formula 1 cars are like trucks. So get him in as quickly as possible and find out if he is capable of staying in Formula 1 long term, like we believe he is.”

One year to the day since Sargeant joined their young driver programme, Williams also confirmed he will take part in two further practice sessions for the team before the end of the year. He will replace Alexander Albon in first practice for the Mexican Grand Prix and Nicholas Latifi at the season finale in Abu Dhabi. The team will also run Sargeant in the Young Driver Test which follows the race, as they did last year.

“I’m very grateful to be given further time in the FW44 at Mexico and Abu Dhabi,” said Sargeant. “My aim is to make the most of every minute in the car and with the team to build on the progress I’ve made in Austin and throughout my time on the simulator at Grove.

“Of course, my focus is on finishing my Formula 2 season in Abu Dhabi in the best position possible, and I’m sure my time in the FW44 will keep me sharp and ready for the F2 finale.”

In order to race in Formula 1 next year Sargeant still needs to score the required 40 FIA superlicence points, which is he well on the way to doing. Third and seventh place in the last two F3 seasons puts him on 27, and his free practice appearance for Williams yesterday earns him another point.

He will earn one more point for each of his two further practice outings, providing he covers a minimum of 100 kilometres in each. Sargeant can also earn two more points if he completes his F2 season without incurring any penalty points on his licence. He could therefore need as little as seventh place in the final F2 standings to qualify for an FIA F1 superlicence.

Sargeant sits in third place on 135 points, nine ahead of Jack Doohan, Jehan Daruvala and Enzo Fittipaldi who are all tied for fourth place on 126. Liam Lawson is a further three points behind in seventh.

In Sargeant’s first season in Formula 2 he has taken four podium finishes over the season with back-to-back feature race wins in Silverstone and the Red Bull Ring. Sargeant also secured two pole positions at the Silverstone and Paul Ricard rounds.

Williams’ sporting director Sven Smeets said Sargeant “showed a high level of understanding during his FP1 debut in Austin and provided useful feedback to help in the team’s preparations for the rest of the weekend.

“We are providing Logan further opportunities in Mexico and Abu Dhabi to integrate himself with the team trackside in both free practice sessions and the Young Driver Test as we work hard to support Logan in his efforts towards earning the FIA superlicence.”

If he gains a place on the grid next year Sargeant will become the first American driver to race in Formula 1 since Alexander Rossi, who competed in five of rounds for Marussia towards the end of the 2015 season. The last full-time American driver to appear in the series was Scott Speed, raced with Toro Rosso between 2006-07. Only three Americans have raced in F1 in the last 30 years.