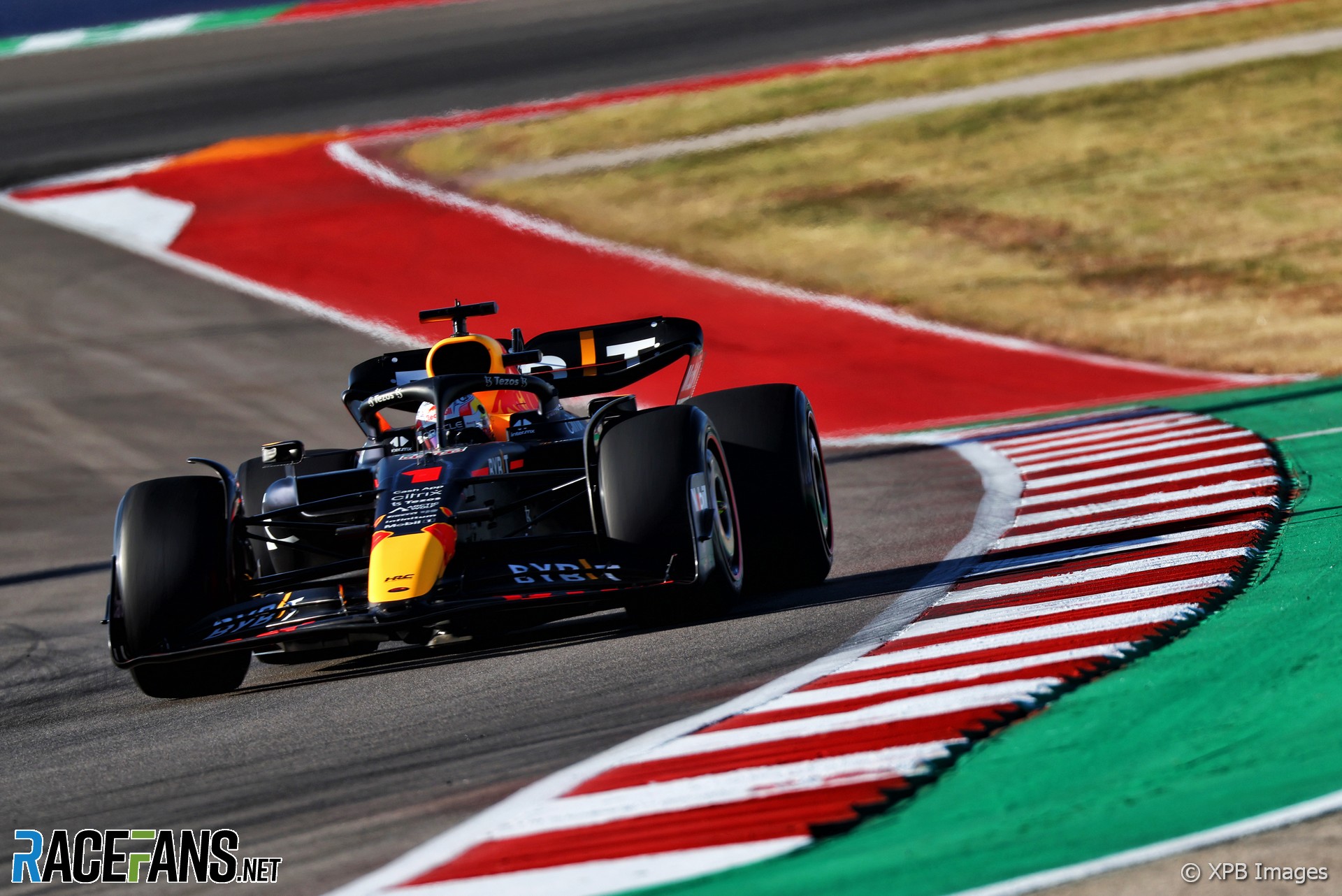 It’s unusual for a Friday of a grand prix weekend to have seen two practice sessions completed in perfectly dry conditions yet reveal so little about where the teams stand heading into qualifying.

After the planned 2023 prototype tyre test originally scheduled for the Japanese Grand Prix was abandoned due to relentless rain at Suzuka, Pirelli packed up their test compounds and flew them to North America to run during the second practice sessions of the United States and Mexican grands prix weekend.

While teams are typically free to carry out whatever run plans they wish as they gather data ahead of the competitive sessions on Saturday and Sunday, Friday at the Circuit of the Americas was unique in that all teams were told exactly what runs to carry out by tyre supplier Pirelli.

After the extended, 90-minute session was over, teams, drivers and the tyre supplier had all gained crucial information on how next year’s compounds could perform, with 513 total laps of the circuit completed in that time – almost ten race distance’s worth around the Austin track. After the session was run without incident or interruption, Pirelli were pleased with a productive afternoon.

“The work we did in FP2 here will allow us to analyse valuable data collected on the harder compounds, just as next weekend’s FP2 session in Mexico City will give us some useful information on the softer compounds,” said Pirelli’s chief engineer, Simone Barra.

While the second practice session taught the paddock a lot about the tyres they could be racing on next season, it did not reveal much about how each team looks heading into today’s qualifying session. With the vast majority of the field only running on the prototype compounds, the results from the second session were effectively meaningless, making only the first practice session truly representative.

On the basis of the times at the end of the first hour, Carlos Sainz Jnr put Ferrari on top of the times with a fastest lap two tenths quicker than Max Verstappen. But as the track evolved rapidly and, with five guest drivers stepping in for first practice runs, Mercedes driver George Russell admitted that it was even hard to draw conclusions from the opening session.

“FP1 was a bit of an odd session for everybody,” Russell explained to media after the session.

“There was a few teams who were looking very fast, a little bit unexpectedly. Some other teams who probably weren’t as quick as we probably would have thought. And obviously having semi-missed FP2 because we were all running our own programmes, we don’t really know what the pecking order is.”

The times themselves were also slightly misleading. Verstappen ended the first session in second, but had been around a quarter of a second up on Sainz’s best time half way through the lap until a mistake into the turn 11 hairpin saw him miss the apex by such a wide margin he was in danger of crossing the state border into Louisiana. While he made back a lot of that time down the straight with Red Bull’s significant straight-line speed advantage, he bled more time over the final sector – strongly suggesting there is a lot more pace in the tank for the world champion.

“FP1, I think, was quite good,” Verstappen claimed after the day’s running. “We tried a few things with the car and it was pretty positive.

“We did as much as we could in FP1 as we knew we had to test the tyres in FP2. Looking ahead to tomorrow, I think the long run is still questionable as we didn’t get the chance to do that in FP2.”

Lewis Hamilton ended the day third fastest for Mercedes after testing an upgrade package which includes changes to the front and rear wings as well as the floor. “We’ve had a pretty solid day all in all,” said Hamilton. “We ran the update kit on both cars in the morning and the data from that looks in line with expectations.”

After a day of running in the blazing Texan sunshine, Hamilton has his eye on how tyre temperatures will behave in the race.

“There’s also a fair bit of tyre overheating on the long runs that will be tricky to manage on Sunday,” he observed, “but it seems like everyone is suffering with the same.

“The wind is set to get stronger over the next two days, which is probably going to be the biggest challenge of the weekend. But we’re off to a reasonable start and if we can find a bit of improvement on the balance, we can hopefully be in a position to fight for podiums.”

Heading into qualifying, the grid order is again likely to be shaken up by power unit penalties. Not, thankfully, to the same ludicrous degree seen in Spa and Monza, but Sergio Perez and Zhou Guanyu are already confirmed to be starting five places further back than where they qualify today after taking their fifth engines of the season. They may not be the only ones, as Ferrari are also expected to replace Charles Leclerc’s engine again, leading to his third grid drop of the year.

If so, that would only make Verstappen’s prospects of yet another win even greater and put more pressure on his former team mate Sainz to take the fight to the Red Bull at the front. What is sure is that teams, drivers and viewers will have a much clearer picture about how the rest of the weekend will play out after a crucial final hour of practice.