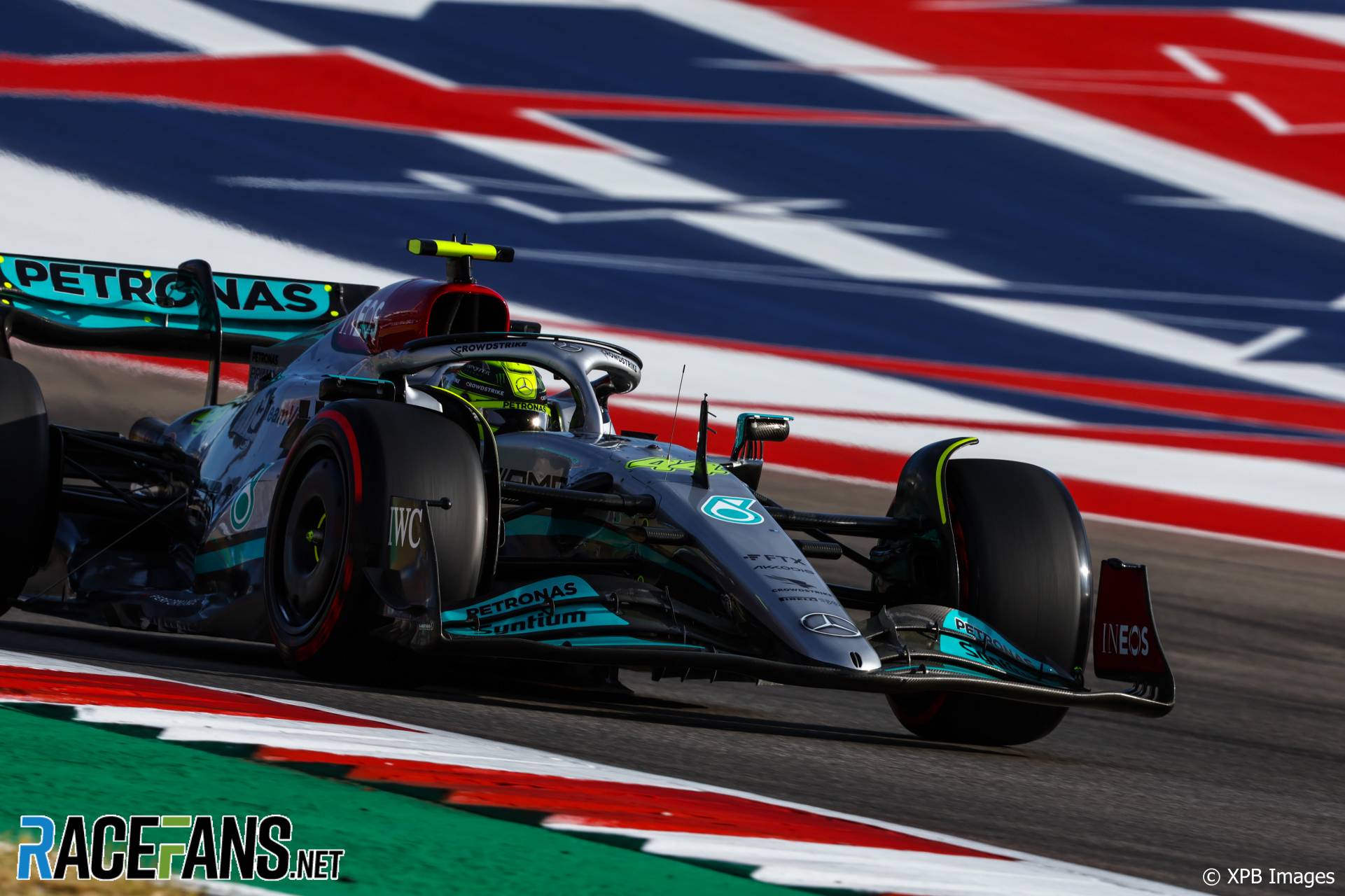 Lewis Hamilton was disappointed to qualify over half a second off pole position at the Circuit of the Americas after Mercedes introduced another batch of upgrades for its W13 this weekend.

He and team mate George Russell qualified fifth and sixth respectively but will share the third row of the grid due to the grid penalties Charles Leclerc and Sergio Perez have incurred.

But having been pleased with the balance of his car in practice, Hamilton was dismayed to end the session 0.591 seconds slower than pace-setter Carlos Sainz Jnr.

“The fact is we’re over six tenths off,” he said. “So given that everyone’s worked so hard to bring upgrades this weekend and the gap’s the same, that’s difficult for us.”

He said the balance of his W13 changed noticeably between final practice – where he was also fifth and off the pace by a similar amount – and qualifying.

“All weekend it’s been feeling really good,” he said. “I was feeling great in the car yesterday in P1 and then even in P2 with the tyre test and then this morning.

“Then we got into qualifying and the thing went massively to oversteer. So I was just battling, catching the rear a lot of the time. We went rearwards mechanically, just one step, it’s tiny, but it seemed to make a huge difference with maybe the temperature drop.”

However Russell felt the team’s qualifying performance compared adequately with their form over the season so far.

“Six tenths off pole is not something to be sort of celebrating,” he said. “But if you take the season as an average and you look at the length of this lap, it’s probably better than the majority of the qualifying sessions.”