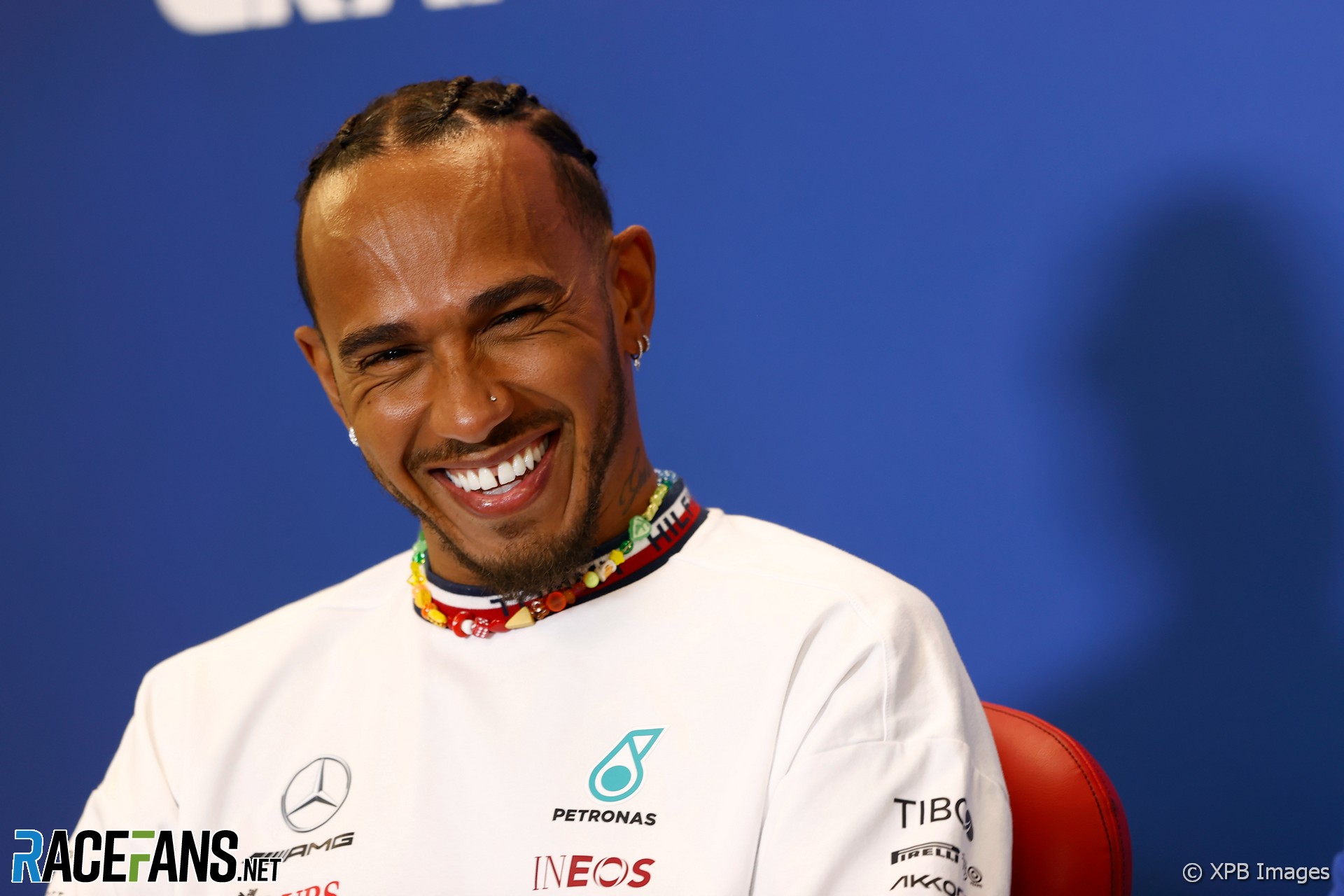 Lewis Hamilton has high expectations from the Formula 1 film he is working on which will star Brad Pitt.

The Hollywood actor is attending the United States Grand Prix at the Circuit of the Americas this weekend along with director Joseph Kosinski. The latter worked on the recent hit Top Gun: Maverick along with Jerry Bruckheimer, who is also involved in the project.

Tim Cook of Apple, which will distribute the Hamilton-produced film, is also at the track this weekend. The seven-times champion said he is “incredibly excited” by the project.

“What we’ve been able to put together so far, team-wise, is pretty incredible,” he said. “I’ve got Tim Cook here this weekend, it’s such an honour to have him with us. Him and his team were so supportive with supporting my documentary and also green-lighting this movie.

“And then having Brad – legend. You’ve got Jerry, who really is an incredible legend of Top Gun, the original. And Joe is such a huge talent.”

Hamilton is setting the bar high for his film. “I’m really, really excited. I have such high hopes for it.

“I know we’re going to make the best racing movie that’s ever existed, both visually, and we’re going to work on making sure we pull on the heart strings of all those fans.”

F1 teams met with some of the key figures behind the film this weekend. McLaren team principal Andreas Seidl said the first impression was encouraging.

“They presented the project and it sounds obviously very, very interesting and exciting,” he said. “A bit of Top Gun style, which I think for Formula 1 will be just great for the fans, for the sport, for us teams being involved as well.

“I’m looking forward to that project, seeing it, first of all, coming to life next year for us when it’s actually happening and then seeing the movie later on.”

Alfa Romeo’s Frederic Vasseur believes it has potential to transform the sport’s popularity in the way Drive to Survive did. “It could be a mega step forward for F1 in general, that as Netflix did a couple of years ago,” he said.

Haas team principal Guenther Steiner said he was “particularly impressed by the technology they showed us” during the meeting. “They used it to do Maverick, I didn’t know that this existed. So I think they are the best out there in the moment to do something like this.

“As Fred said, it’s the best for Formula 1. It’s very good, doing things like this with this calibre of people, and I think there’s no negatives, there’s just positives.”