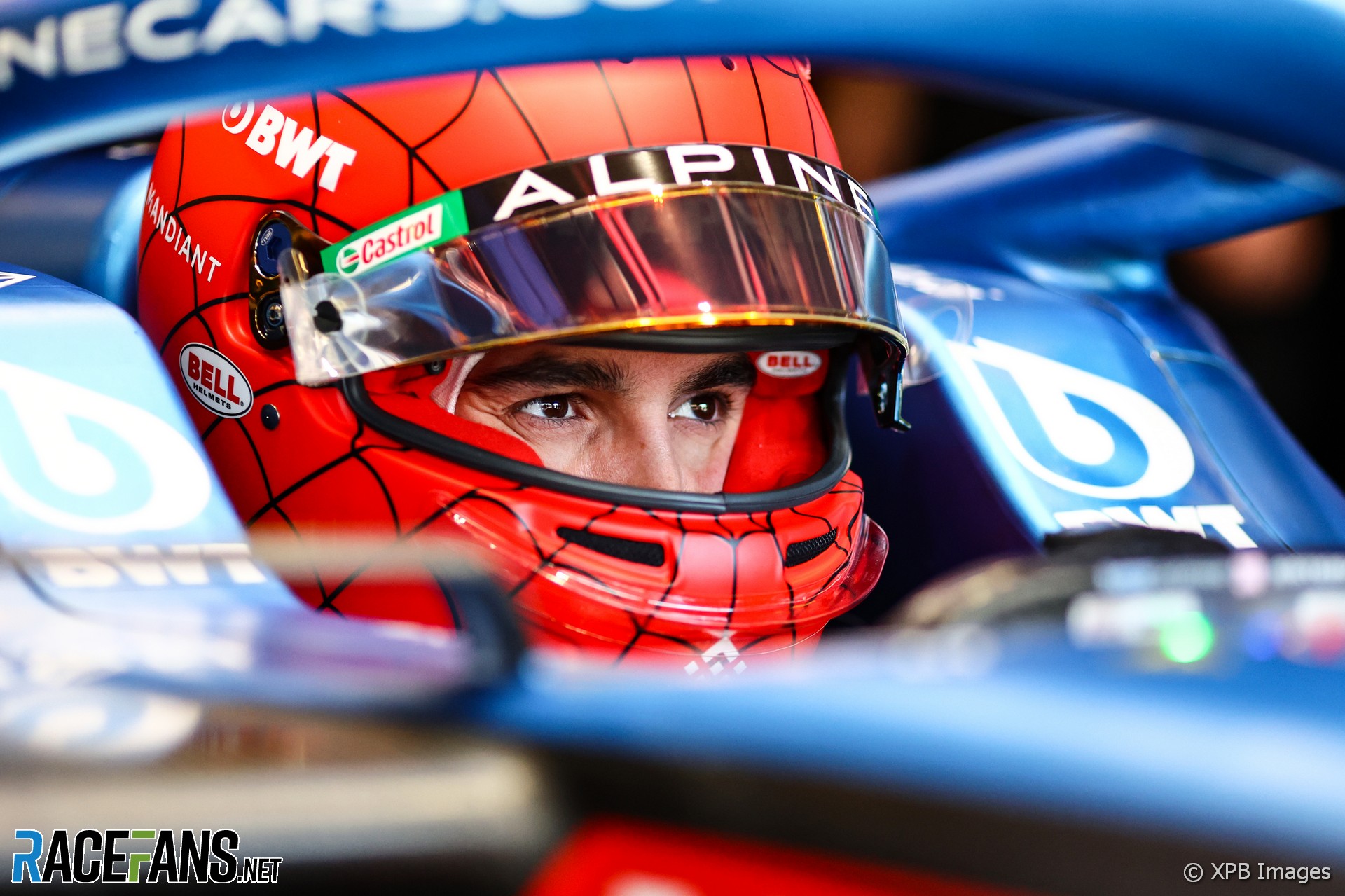 Esteban Ocon and Yuki Tsunoda have dropped down the starting order for the United States Grand Prix for breaching parc ferme restrictions.

The Alpine driver, who had qualified 17th on the grid after being eliminated in Q1, will start today’s race at Circuit of the Americas from the pit lane after further exceeding his allocation of power unit parts. He has taken a sixth internal combustion engine, fourth energy store and seventh exhaust system on his Alpine prior to the start of the race.

Under the sporting regulations, Alpine making these replacements after qualifying means that Ocon must start the race from the pit lane.

Tsunoda, who originally qualified 15th, will also incur a five-place grid penalty after his AlphaTauri team installed a fourth gearbox on his car after qualifying. All drivers are limited to four gearboxes for which to complete the 22-race season.

Ocon and Tsunoda become the fifth and sixth drivers to be struck by grid penalties for the weekend. Ferrari’s Charles Leclerc was penalised 10 places after qualifying second behind team mate Carlos Sainz Jnr after he took his sixth engine and sixth turbo charger. Red Bull driver Sergio Perez, Alpine’s Fernando Alonso and Alfa Romeo driver Zhou Guanyu has all been hit with five-place penalties for taking new power unit components beyond their allowances.

Sainz will start from pole position for this afternoon’s race in Austin, Texas, with world champion Max Verstappen lining up alongside him on the front row of the grid.