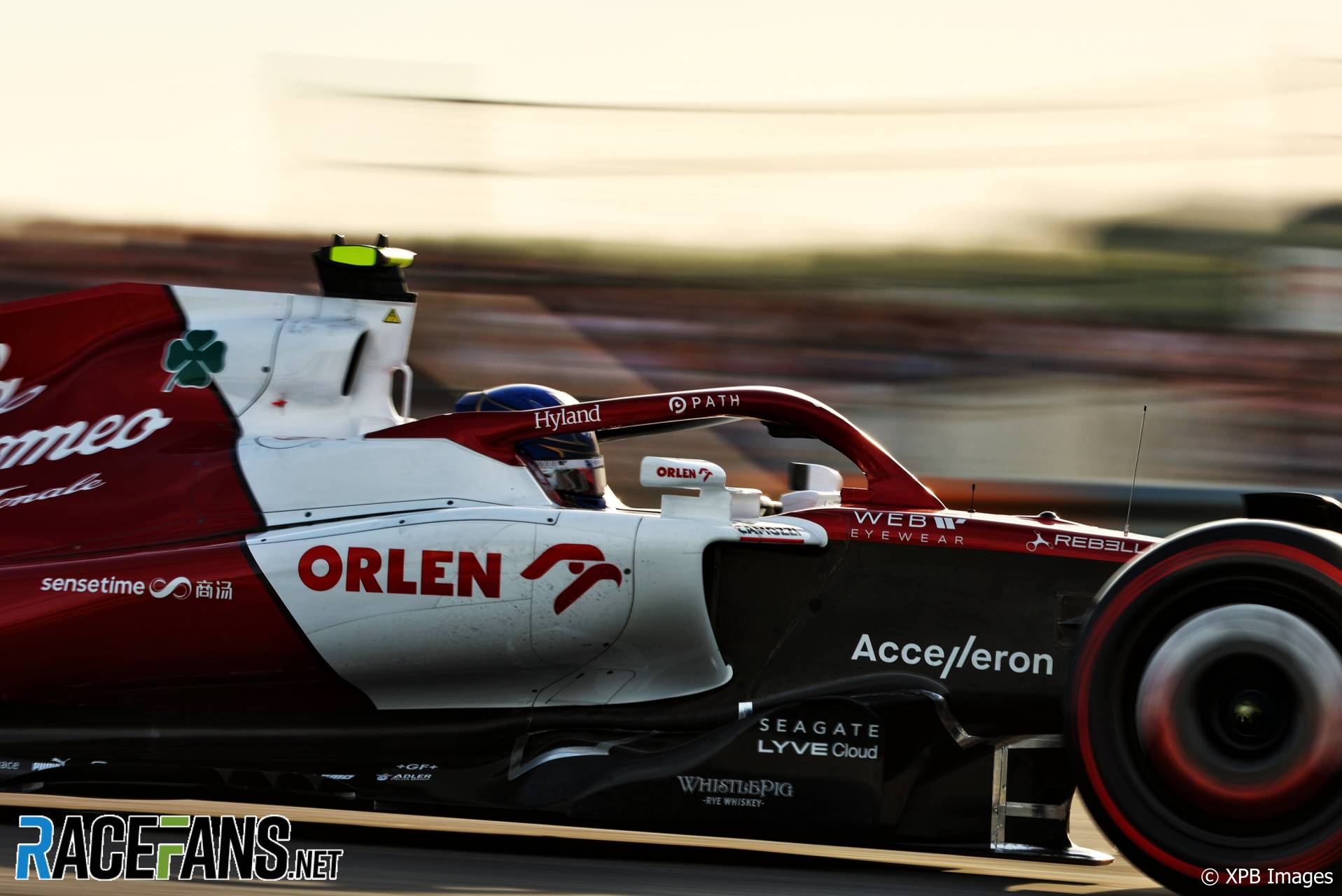 Zhou Guanyu was surprised to pick up a second penalty for exceeding track limits during qualifying for the United States Grand Prix, which cost him a place in the top 10.

The Alfa Romeo driver’s final time in Q2 was deleted after he was found to have run too wide at turn 12. He was one of four drivers to lose lap times for track limits in the session, but the only one who infringed at that corner.

Following his first infringement in Q1, Zhou expressed surprise on his radio. “Track limits in 12?” he said. “For me it was inside, but…”

Speaking to media including RaceFans afterwards, Zhou said his second strike was even more questionable.

“The first one for me, I was bit more on the limit,” he said. “The second one, on my cockpit view. I was pretty much in.

“Even looking on the out-board [camera] my front wheel was on the line. Maybe the rear was out for one or two millimetres. I don’t know, I have to see it because I was so surprised. More with the Q2 lap to Q3, because the Q1 lap was a bit of a mistake, but that lap was quite a tidy one.”

Zhou was particularly disappointed to miss out on a place in Q3 having been denied a significant chunk of running in final practice at a circuit he hasn’t previously raced at.

“The track limits, it was quite clear, was the only thing missing,” he said. “I’m very gutted.

“I had to give it everything today. Missing FP3, there’s no preparation for quali. Yesterday was obviously compromised with the Pirelli test. So I was quite happy to get to Q2.”

However Zhou was satisfied with his first performance at the track. “At least there’s a lot of positives to take,” he said. “First time here, missing quite a lot of sessions, I really felt like this confidence with the F1 car has been a massive improvement compared to the beginning of the season.”