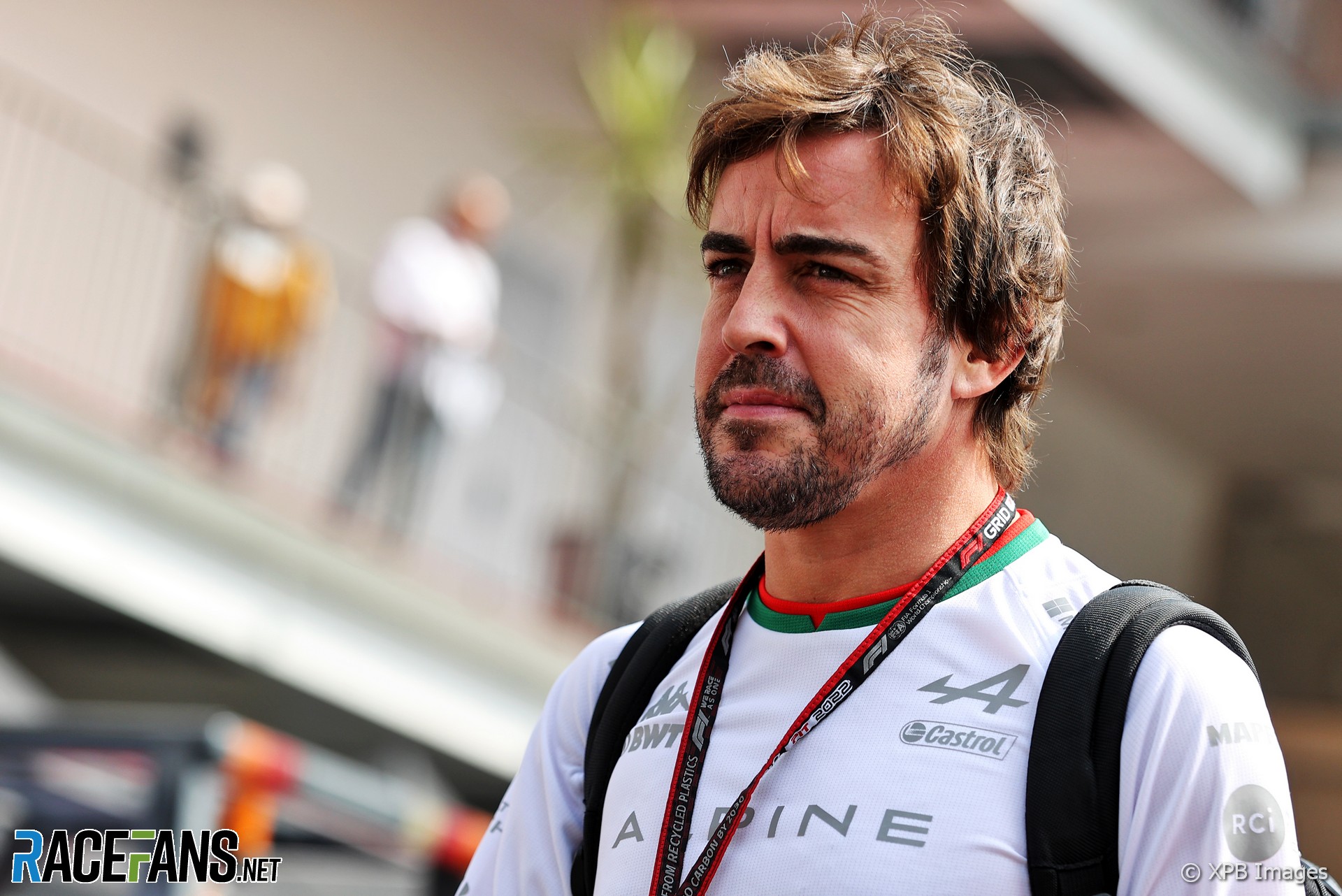 Alonso finished seventh on the road in last week’s race at Circuit of the Americas. He rebounded after being caught up in a dramatic collision with Lance Stroll, which the Aston Martin driver was blamed for.

But after earning praise for his recovery drive, Alonso was handed a 10-second stop-and-go penalty after the race, converted to a 30-second time penalty, which dropped him to 15th place in the final classification. The stewards ruled his Alpine team failed to ensure the safety of his car by leaving him on track with a loose wing mirror, which eventually fell off.

The penalty came about after Alpine’s rivals Haas protested the result of the race. Alpine has issued a counter-protest which the United States Grand Prix stewards will meet to discuss later today. In a statement on Sunday, Alpine said they will protest “the admissibility of the original Haas F1 Team protest”, pointing out it was “lodged 24 minutes past the specified deadline.”

Alonso said he was “very disappointed” to learn of the stewards’ decision. “It was a rollercoaster of emotions for me on Sunday,” he said in today’s FIA press conference. “Starting at the back then we were like P6, we had the accident, last again and then finishing P7. And then in the evening again, out of the points. So it was up and down all day long. And now this, let’s wait and see.”

He said he is “very optimistic that we will keep seventh place” and praised the openness with which the FIA has approached points of dispute since its president Mohamed Ben Sulayem took over at the end of last year.

“The FIA has been very transparent to us this year,” said Alonso. “I think the new leadership, also with Mohammed, I think are doing things a little bit different than in the past. So I have full trust [in] what they will decide.

“I think there are a couple of things that are very clear that were made wrong from their side. So as I said, I’m very confident that we will be P7 again in Austin. If I’m not P7 at the end I’m sure they will explain why and we will see it clear. So I am very relaxed about that.”

Although Alpine has only indicated it is protesting the timing of Haas’s protest, Alonso said the team had other concerns over the precedent set by his penalty.

“We brought this basically because [the protest] was out of time and there were a couple of things,” he said. “The FIA was not showing me the black-and-orange flag so they thought that the car was safe to keep driving. The car went through parc ferme, passed all the scrutineering, green light on parc ferme. And then the protest arrived too late. So between all I think there is no doubt that this was not the right decision to take.”

He warned that if the decision against him is upheld it will lead to many more drivers having to retire from races or pit due to damage.

“If this is the right decision to take, it will open a huge problem for the future in Formula 1. I think 50, 60, 70% of the cars will have to retire the car when they have a aerodynamic device that is not properly fix because it’s going to be ‘unsafe’ the car.

“It will open also, if 20 minutes is too late, it’s okay to protest, is one month too late? Is one hour too late? Is 10 years too late? When it’s too late? So that, I think we cannot afford.

“So as I said, this is a very important day for our sport. I don’t care about seventh, I’m not fighting for the world championship, but if this goes ahead, we don’t want to open that box.”

26 comments on “Alonso: F1 faces ‘a huge problem for the future’ if stewards don’t cancel penalty”