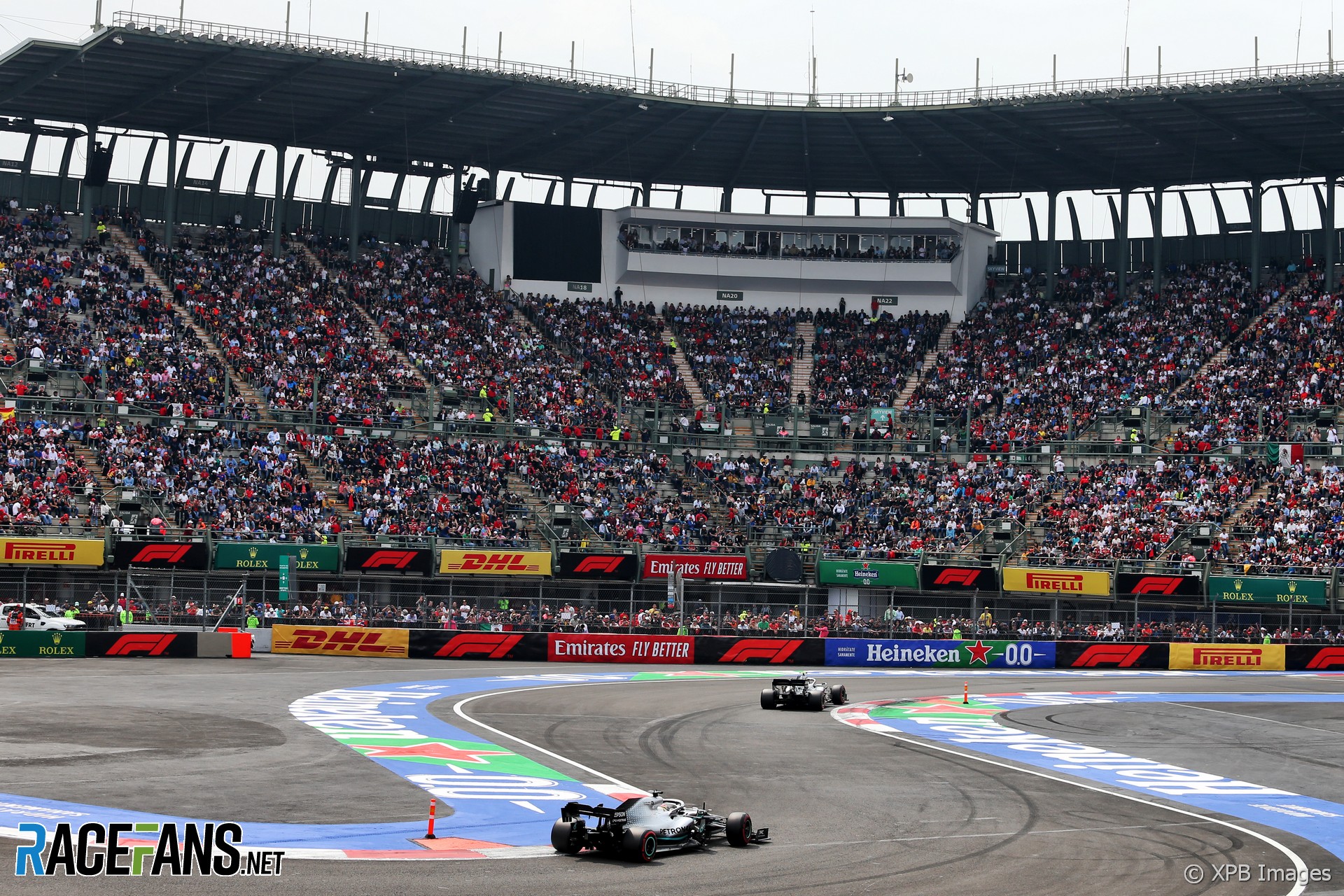 Formula 1 will continue to visit Mexico City until at least 2025 after the series and promoters agreed a new deal.

This year’s race at the Autodromo Hermanos Rodriguez is the final on of its current deal. However a new three-year contract has been agreed which will ensure the race returns next year and beyond.

“I am very pleased to announce that Formula 1 will continue to race in Mexico City for another three years under this new agreement,” said F1 CEO Stefano Domenicali.

“Every year the race attracts a large number of passionate fans, and the atmosphere is incredible, and I know everyone will be excited by this news. I want to thank Claudia Sheinbaum, the Head of Government for Mexico City, and Alejandro Soberón and his team for their ongoing commitment to Formula 1 and the continued success of the event.”

Since its return the race has taken place every year apart from 2020, when the facility was temporarily used as a hospital during the Covid-19 pandemic.

The race’s future was in doubt when a change of government in Mexico meant the event lost its public funding. The event was saved when the race promoter and Mexico City mayor Claudia Sheinbaum founded a dedicated trust fund to pick up the bill for any shortfall in the costs of holding the event.

The new deal means F1 will have five races in North America next year: One each in Canada and Mexico, plus three in the USA following the addition of a new race on a street circuit in Las Vegas.