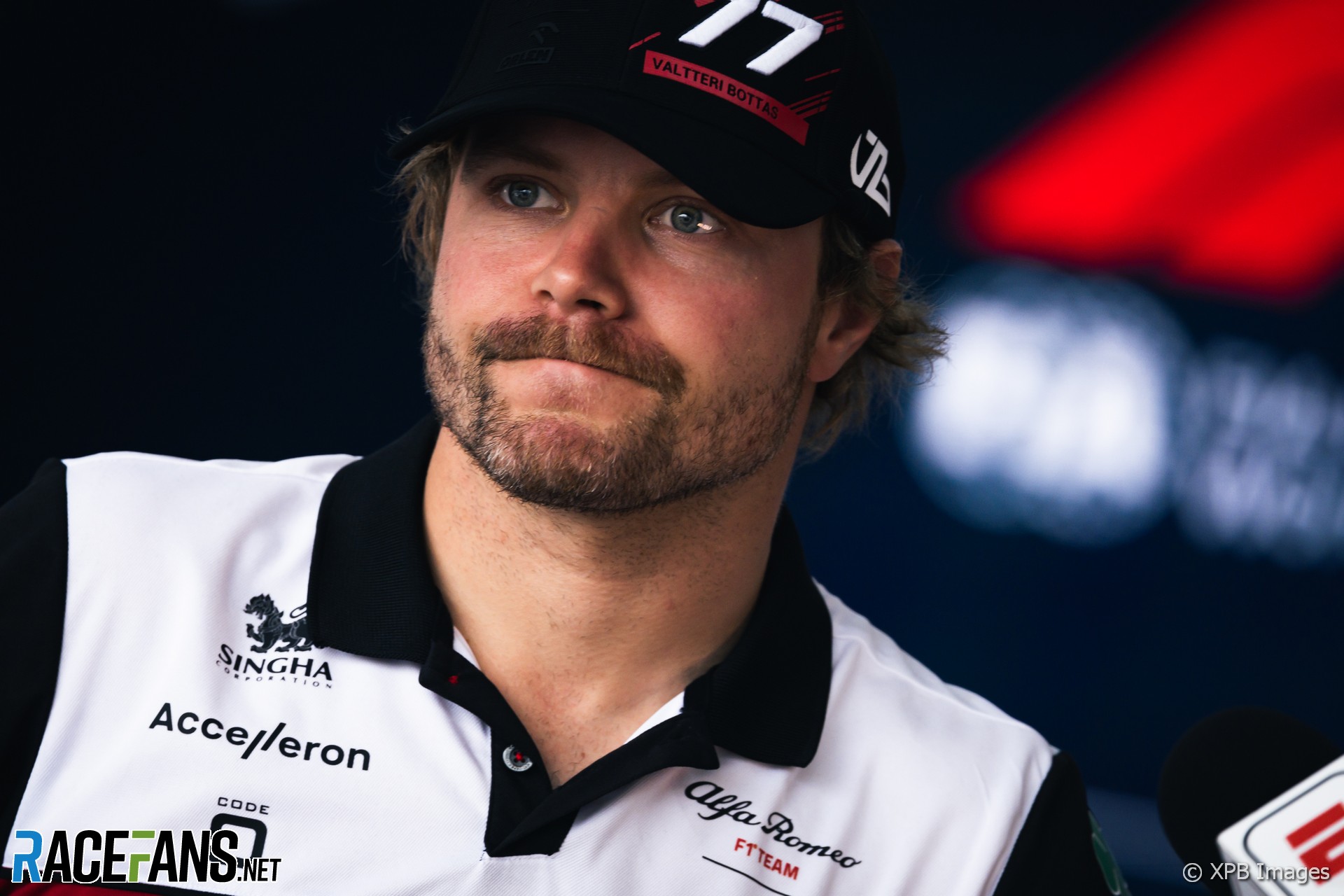 Valtteri Bottas says Audi’s chances of enjoying success when it arrives in Formula 1 in 2026 rests on how much support they will give their chassis partner ahead of it.

Audi confirmed this week it will partner with Sauber, whose Formula 1 team is currently branded as Alfa Romeo, when it arrives in F1 as an engine manufacturer in 2026.

Former Mercedes driver Bottas is convinced Sauber can become a winning team with Audi’s support and is keen to be part of it.

“For this team in the end, if you look at the big picture, I think it’s huge,” he told media including RaceFans yesterday. “There’s big potential for Sauber with Audi.

“No doubt they want to succeed in the future. They want to do well, they’re serious. So I think for any driver on the grid and especially for me now being already part of Sauber it would be very interesting to be part of that project.”

Alfa Romeo’s Sauber branding deal will conclude at the end of the 2023 F1 season. Bottas says the more support Audi can give them after that, the better chance they will have of making a successful start to their partnership in 2026.

“It depends how much Audi is going to support this team before they officially become the manufacturer. Obviously nothing changes next year, we are still with Alfa Romeo, and of course we hope that we can have a better car than this year.

“But then I think it depends on the support from 2024 onwards, how much they’re willing to support. If they’re really helping a lot and supporting and if the power unit is good in ’26, which is impossible to predict at the moment, then why not?”

The team is on course for its highest constructors’ championship finish for a decade, lying sixth in the championship with three races to go. With his recent experience of driving for a multiple championship-winning constructor, Bottas believes the team can realistically compete with the best given the support of a manufacturer like Audi.

“There’s still work to do, no doubt, that’s a fact. But it’s not like that far. All the facilities are there. Yes, still some facilities, some machinery, can be better compared to a championship-winning team. But it’s all feasible, it’s all possible.

“Still the amount of people in the team is still a bit less than what I saw last year. So there’s still a bit of work to do. But I think with the support of a manufacturer like Audi I see no reason why it wouldn’t be possible.”