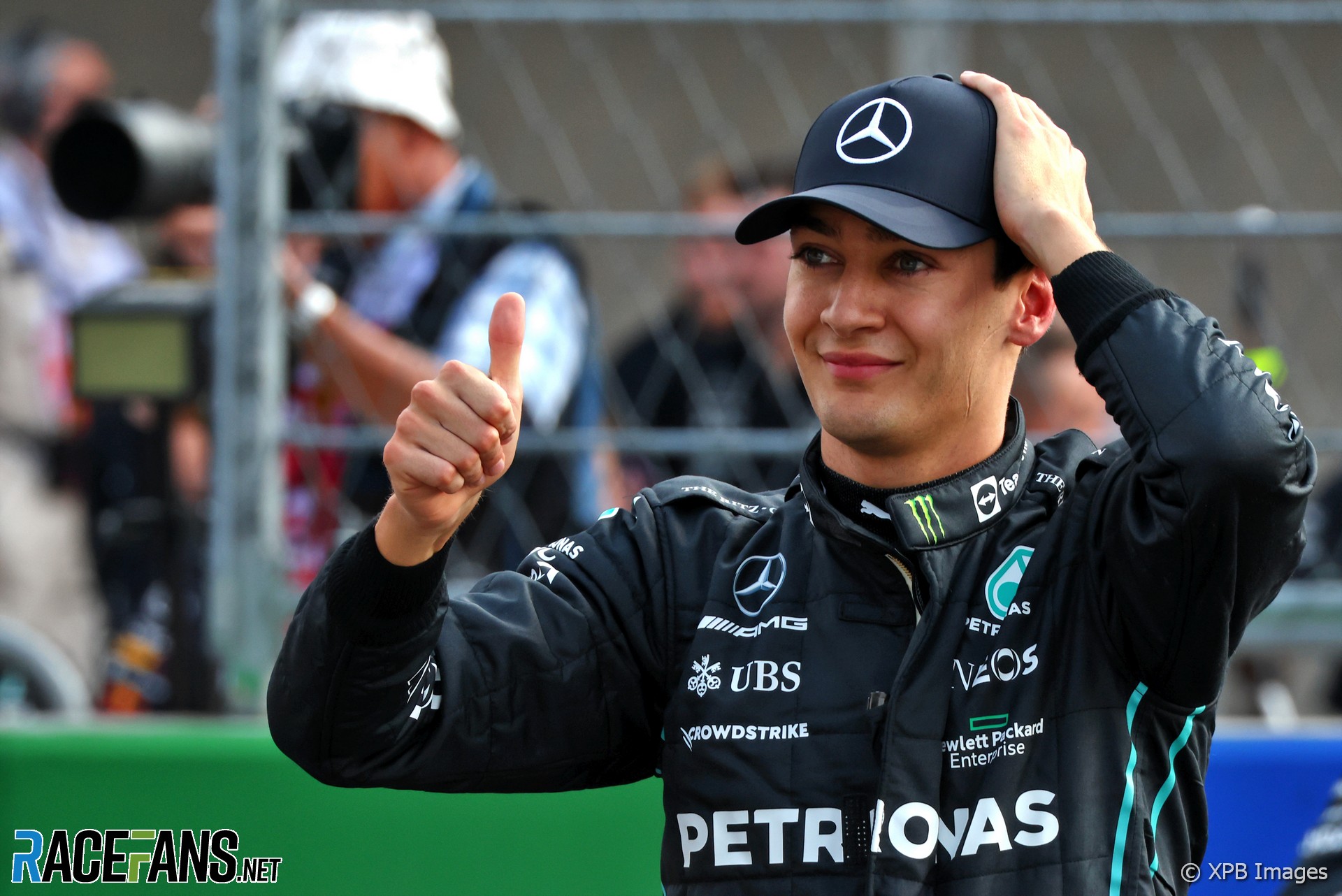 George Russell says the ‘porpoising’ Mercedes suffered with earlier in the year has improved so much he has started to forget what it feels like.

Many teams encountered problems with porpoising early in the season as they adjusted to the new technical regulations which were introduced for 2022. Some found their cars began to bounce up and down at high speeds as the airflow stalled underneath their floors.

Teams have made improvements to their cars to cure the problem over the course of the year. The FIA also introduced rules changes via a technical directive at the Belgian Grand Prix to reduce porpoising, and further revisions are coming for the 2023 F1 season.

Mercedes suffered more than most from the porpoising to begin with. However Russell says the changes made have largely cured it.

“I think it has almost disappeared,” he said. “I think the couple of small rule changes that were implemented by the FIA definitely helped and the changes into next year by raising the floor edge, we’re almost 100% sure that will take porpoising out of the equation totally.”

“So I think that also goes to show the progress we as a team have made not only to cure those issues that once seemed very difficult, but also to bring a lot more performance onto the car thereafter.”

However Lewis Hamilton says he is still encountering the problem at times.

“I still feel bouncing and the car is still bouncing down the straights,” he said. “But it’s not as hardcore as it was at the beginning of the year.

“I think we’ve done an amazing job to fix it. I’m not convinced the changes for next year will change it but I’ve not driven the new updated floor for it. But we’ll see, I guess in the following races.”