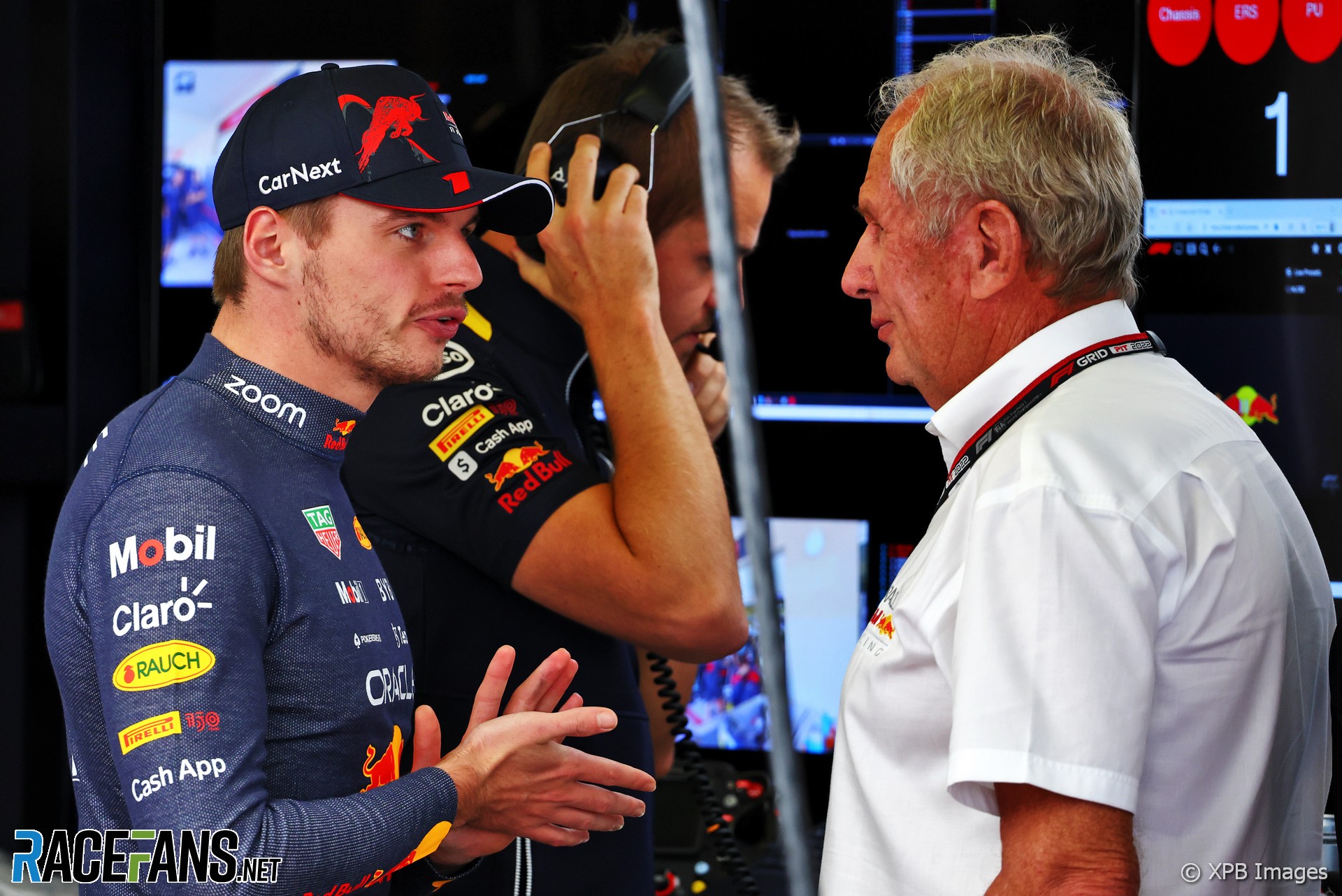 The absence of interviews with Verstappen and Horner – notably the team principal who regularly appears in Sky’s coverage during sessions – prompted speculation over a fall-out between the world champions and the major F1 broadcast. Sky’s coverage is broadcast in the UK, USA and other English-speaking regions, plus Italy, Germany and others.

Red Bull declined to comment when asked by RaceFans. However, the driver and senior team members including Horner and motorsport consultant Helmut Marko are expected to decline interviews with the broadcaster until further notice.

The reasons for Red Bull’s boycott of Sky are unclear. However the team has been a focus of attention this weekend as the FIA issued details of its penalty for exceeding the budget cap last year. The team was fined $7 million – the second-highest such sanction in F1 history – and had its aerodynamic development allocation for cut until October 2023.

Footage of a segment filmed by Sky reporter Ted Kravitz was widely circulated on social media amid claims his reference to Lewis Hamilton being “robbed” of the championship in last year’s contentious season finale had upset Red Bull.

Verstappen won the title by passing Hamilton on the final lap of the race after FIA F1 race director Michael Masi broke the rules by arranging a restart without having allowed all the lapped cars to unlap themselves. The FIA made extensive changes to race direction ahead of the 2022 season, including replacing Masi, who later left the sport’s governing body.