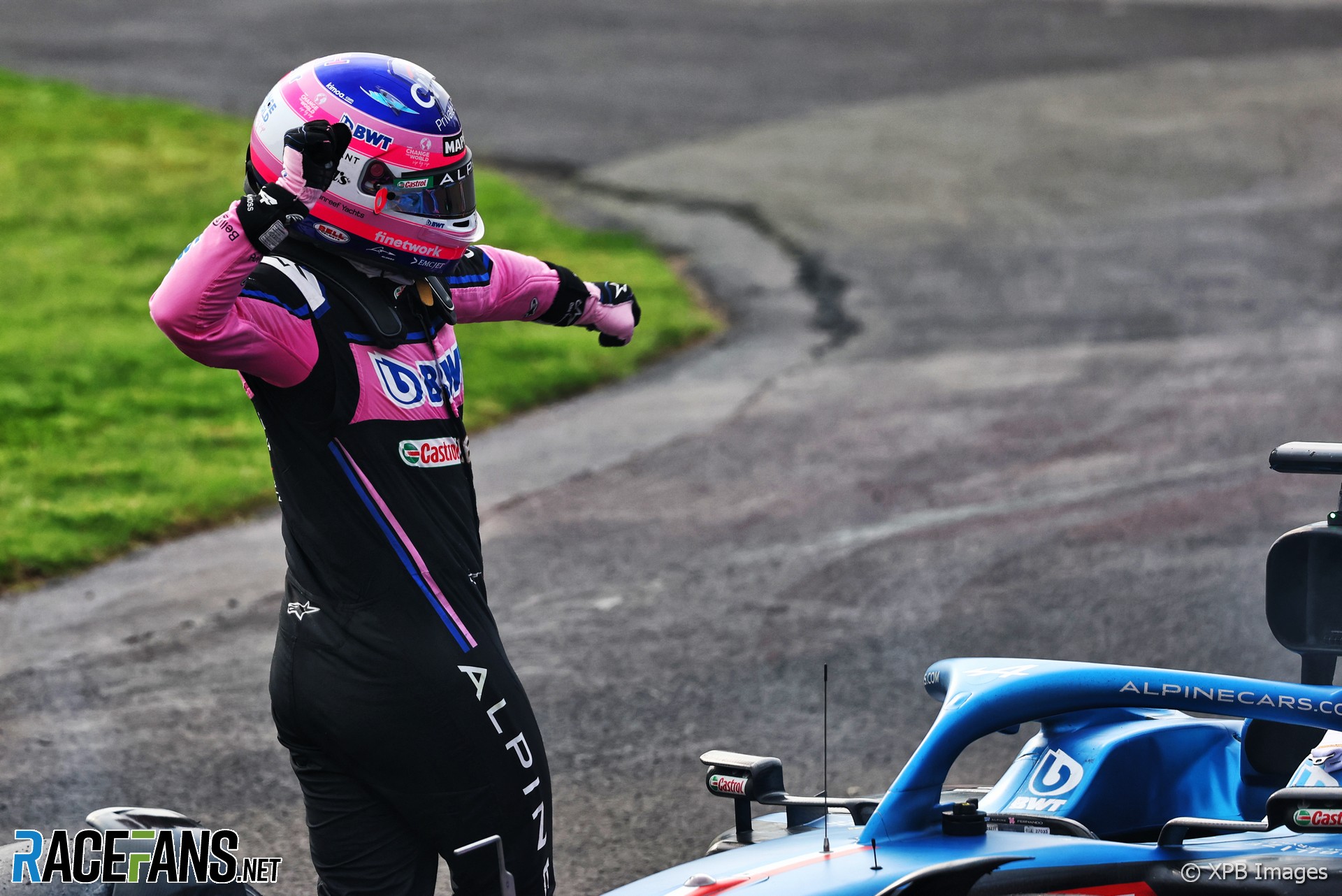 A frustrated Fernando Alonso said he’s counting down to the end of his time at Alpine following his latest retirement in the Mexican Grand Prix.

Alonso was running in seventh place at the head of the midfield until his car began to develop a problem with its Renault power unit which ultimately ended his race.

“For car 14, there is always reliability issues,” lamented Alonso. “With 20 laps to the end I lost one cylinder, so I was running with five cylinders, 20% less power,” Alonso explained. “I was 20 seconds in front of the McLarens and my team mate.

“So I think the race until that point it was exceptional. Austin and here I rate my best two races in terms of pace. It was better when we blew up at the end like this, we stopped the car and we stop doing those laps.”

The retirement is the latest in a string of technical problems Alonso has encountered in his second year at Alpine, who he will leave at the end of the year.

“I lost 60 points this year, so we add another six, so it’s around 66. And obviously all the others they benefit, so everyone scores two more than what they should.

“But yes, it’s just amazing that only one or two cars retire at every race and it’s always car 14. [I] blew up five engines I think this year, the problem in Australia in the qualifying, in Austria I didn’t even start [a] race because it was a black-out.

He said he hasn’t known unreliability like it since he drove Honda’s first V6 hybrid turbo power unit at McLaren in 2015. It was notoriously prone to failures, and the many engine parts changes led him to receive huge grid position penalties.

“In the Honda in the first year of Honda we had like 72 places [grid] penalty at the end of the year, so something like that,” he said. “But the thing in Honda is that the both cars were stopping. This year there’s only car 14 stopping.”

Alonso, who will join Aston Martin at the end of the year, says Renault have a lot of work to do on their power unit during the off-season.

“I mean, the engine cannot finish the races. It cannot be bad luck when you have to change six or seven engines as we did and we’re still not finishing in the races.

“So I think they have some job to do next winter, hopefully not too much, and let’s see.”