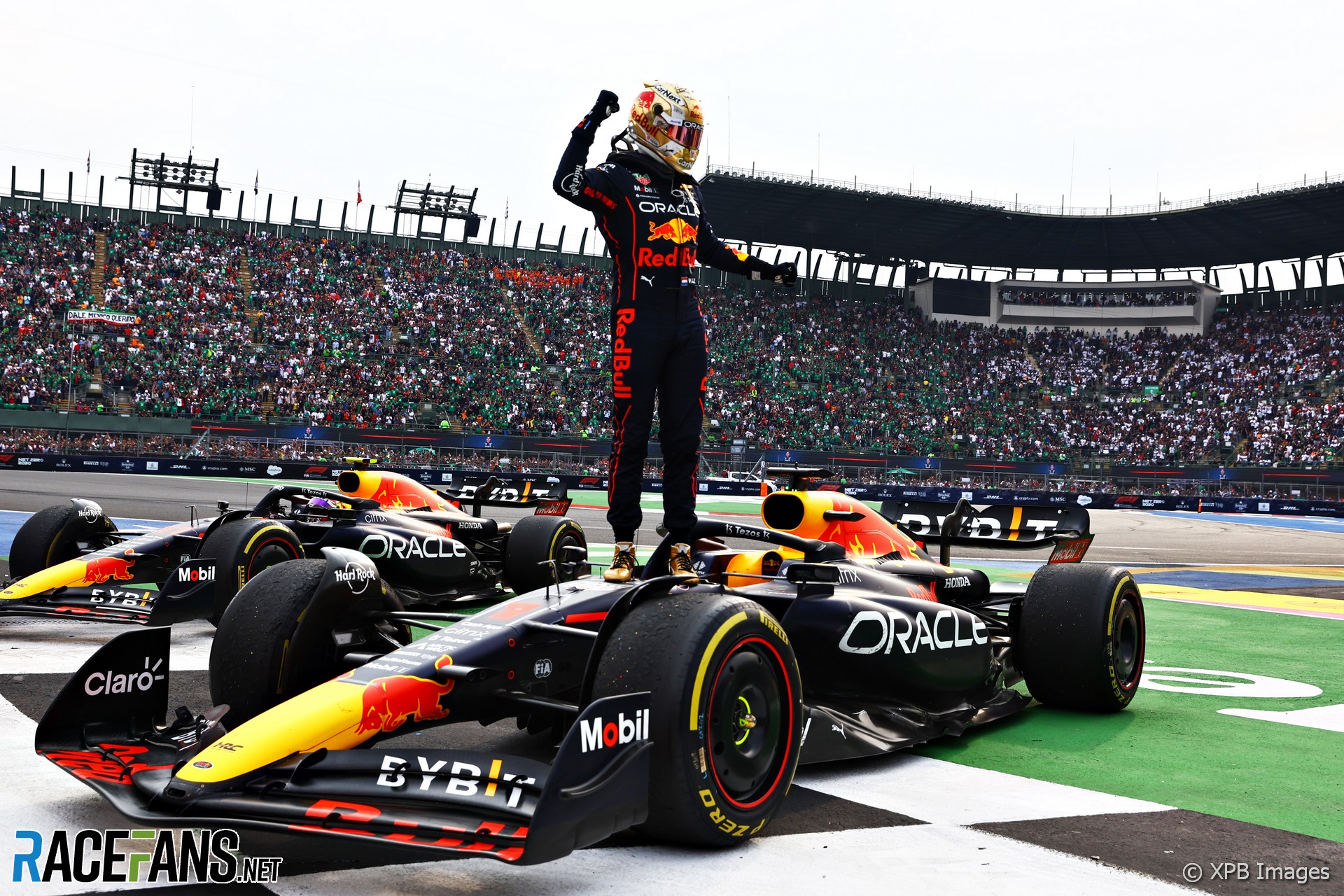 Formula 1 CEO Stefano Domenicali says Red Bull’s rivals may have missed opportunities to beat them in 2022 and he expects a closer title fight next year.

After the 2021 championship fight went down to the final race of the season, this year’s contest was decided much sooner. Max Verstappen clinched his second world championship in the Japanese Grand Prix, with four races to go.

F1 introduced new technical regulations for 2022 aimed at improving the quality of racing and cutting the performance gap between teams. Domenicali said F1 are “totally positive on the impact that the change of regulations brought this year” despite the early conclusion to the championship fight.

While Mercedes struggled from the beginning of the year and have only recently become victory contenders once more, Ferrari started the year with two wins in three races but saw their early advantage gradually overturned by Red Bull. Domenicali suspects Red Bull’s rivals missed chances to beat them this year.

“In this case Red Bull, and Max Verstappen, did an incredible job,” he said. “Maybe it’s another team didn’t take the right opportunity.

“But what we saw on the track, the wheel-to-wheel racing, that’s what we wanted. And I’m totally confident that next year the fight on the track will arrive [until] the end of the calendar.”

He said there is still a lot of interest in the last two races as several lower positions in both the drivers and teams championships are yet to be decided.

“The last races, on the sporting side, there is a lot of attention,” he said. “There is a fight for places that also for the team’s perspective is related to their financial position and the financial reward if they achieve a position better than the other teams. So I think that there would be a lot of interest in Brazil and Abu Dhabi too, no problem.”

The early conclusion to this year’s championship won’t have a negative effect on the championship from a financial point of view either, said Domenicali. “We don’t see any kind of risk at all.

“First of all, we have the last two races we sold out tickets and the numbers are really growing. The attention will be shifted, of course, on other fights from the sporting perspective. That’s part of racing.”