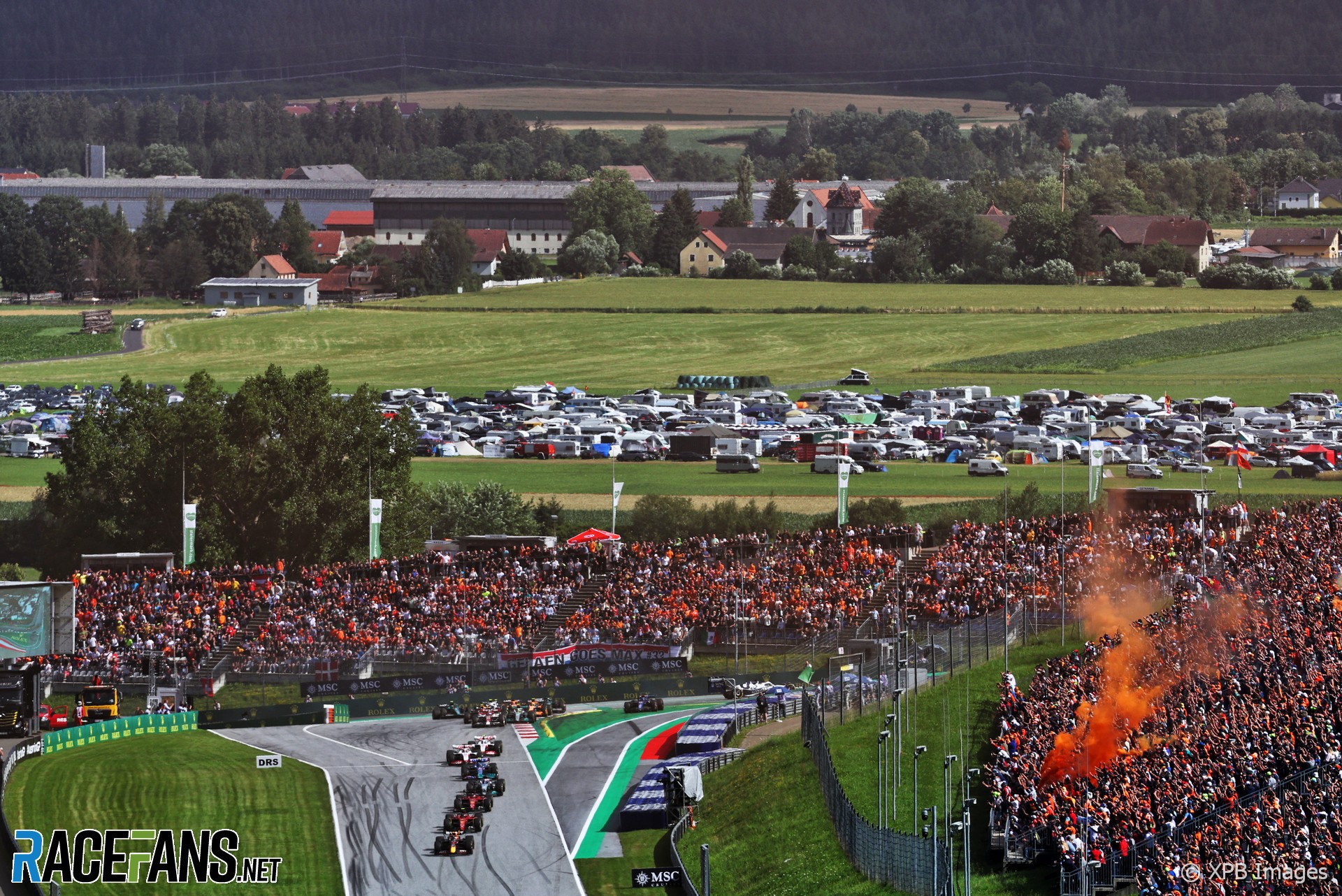 Like it or loathe it, Formula 1’s sprint race format isn’t going anywhere.

This weekend’s sprint round will be the sixth since they were introduced last year – and the 2023 F1 calendar will feature six more.

The sprint format was introduced as a three-round trial in 2021 after several unsuccessful attempts to win support for the idea. At sprint rounds the usual qualifying session is held a day early, on Friday, which decides the starting order for a points-paying, 100-kilometre sprint race on Saturday, which in turn sets the grid for the grand prix.

F1 desperately tried to proclaim last year’s trial was wildly successful despite their own research indicating otherwise. An official survey of 167,000 fans found only a small majority considered the format an improvement over the usual arrangement, and other ideas such as permitting multiple tyre suppliers were far more popular.

For F1, the sprint format is attractive because it increases the attention of viewers over a race weekend. In effect, it exchanges one practice session for a race, which inevitably creates more interest. From that point of view, its appeal is obvious: a larger audience ultimately means more income.

But F1 has not been able to solve the knock-on problems its sprint format created which have irked so many fans. Not least the fact that using a race instead of a qualifying session to decide pole position for a grand prix ended a tradition which began at the first ever round of the world championship in 1950.

Trying to get around that, F1 has this year claimed that the official pole position at sprint events is won on Friday in the regular qualifying session. But the possibility remains that a sprint race could produce a result that means a different driver starts from the front for the grand prix. As both of this year’s sprint races have been won from pole the absurdity of this arrangement hasn’t been put to the test, though it is surely only a matter of time.

Then there’s the lingering possibility that the points dished out in Saturday’s sprint race could decide the winner of a championship. Once that happens, F1’s insistence that its short races do not detract from the importance and prestige of a grand prix will be shattered.

It’s also been noted that the sprint format is unsuitable for use at some tracks where overtaking is extremely difficult, notably Monaco. No wonder some team principals are publicly suggesting ways to fix the flawed format.

Is there a way F1 can enjoy the best of all worlds? Can it keep the added interest of more competitive sessions while removing the contradictions, inconsistencies and unfairness of sprint races – and do all that while respecting the championship’s traditions and devising a format which can be used week-in, week-out instead of only six times per year? Here are three suggestions how it might.

The key flaw with the current sprint format is that the finishing positions of the Saturday race are used to decide the starting order for the grand prix. While F1 claimed this would incentivise drivers to push flat-out and try to gain positions, the reality has largely been different. For those near the front, the danger of dropping to the back of the grid due to a risky move is too great, and they tend to play it conservatively.

A simple solution therefore would be to make the Saturday races entirely stand-alone affairs. By creating a separate ‘sprint championship’, Saturday’s running wouldn’t interfere with the world championship.

This would create extra freedom for F1 to experiment with imaginative changes to the rules and format in its Saturday races without fear of affecting the integrity of its main championship. These could include elimination races, rolling starts, reverse grids, time trials and more.

Would it work? Only if F1 ensures the reward for the sprint championship is high enough for the teams and drivers to want to take part, and not simply park their cars to preserve engine mileage for the main event.

The main advantage of the sprint race format is it ensures each day of the weekend has some consequential action going on: Friday ends with a qualifying session rather than another hour of practice.

If F1 wanted to achieve that without veering too far from past race weekend formats, it could revive the practice of having two qualifying sessions. This was the case until mid-2005, during a series of years when F1 repeatedly fiddled with its Saturday format, and was recently put forward as a possible solution by Haas team principal Guenther Steiner.

There are a few ways this might be arranged. F1 could go back to the old approach of having two separate qualifying hours and the best times across both set the grid. But the downside to this was if Friday qualifying was dry and rain fell on Saturday, no one took part in second qualifying.

Alternatively, F1 could bring back single-lap qualifying for Saturday and use a Friday qualifying session to determine the running order for that session. This would ensure drivers have to run in each.

Would it work? Only if viewers tuned into both qualifying sessions in sufficient numbers.

Here’s a much more radical idea. Kick out the regular race drivers for a whole day, compress their usual race weekend to just Saturday and Sunday, and use Friday to give new drivers a chance to take part.

F1 successfully introduced mandatory practice sessions for inexperienced drivers this year. This takes the idea a step further: Give each of them a full day in the car, including practice (potentially extended from the usual hours), qualifying and a short race.

This could form the basis of its own series serving as a level up from Formula 2. It would also open up the grid not just to potential future drivers but wildcard local talents who wouldn’t ordinarily get the chance to participate, increasing F1’s pull in regions which don’t have a regular grand prix driver.

This would significantly reduce the amount of time regular drivers get in the cars at race weekends. To make up for that, Saturday’s practice session could be extended and the once-traditional Sunday morning warm-up reinstated.

Would it work? The teams would need convincing – not to mention amply remunerating – in order to allow less experienced drivers to take part in an extra race.

Does F1’s sprint format need to be kept, fixed or dropped? Have your say in the comments.

73 comments on “Is there a ‘sprint’ format which can satisfy both the purists and the bean-counters?”