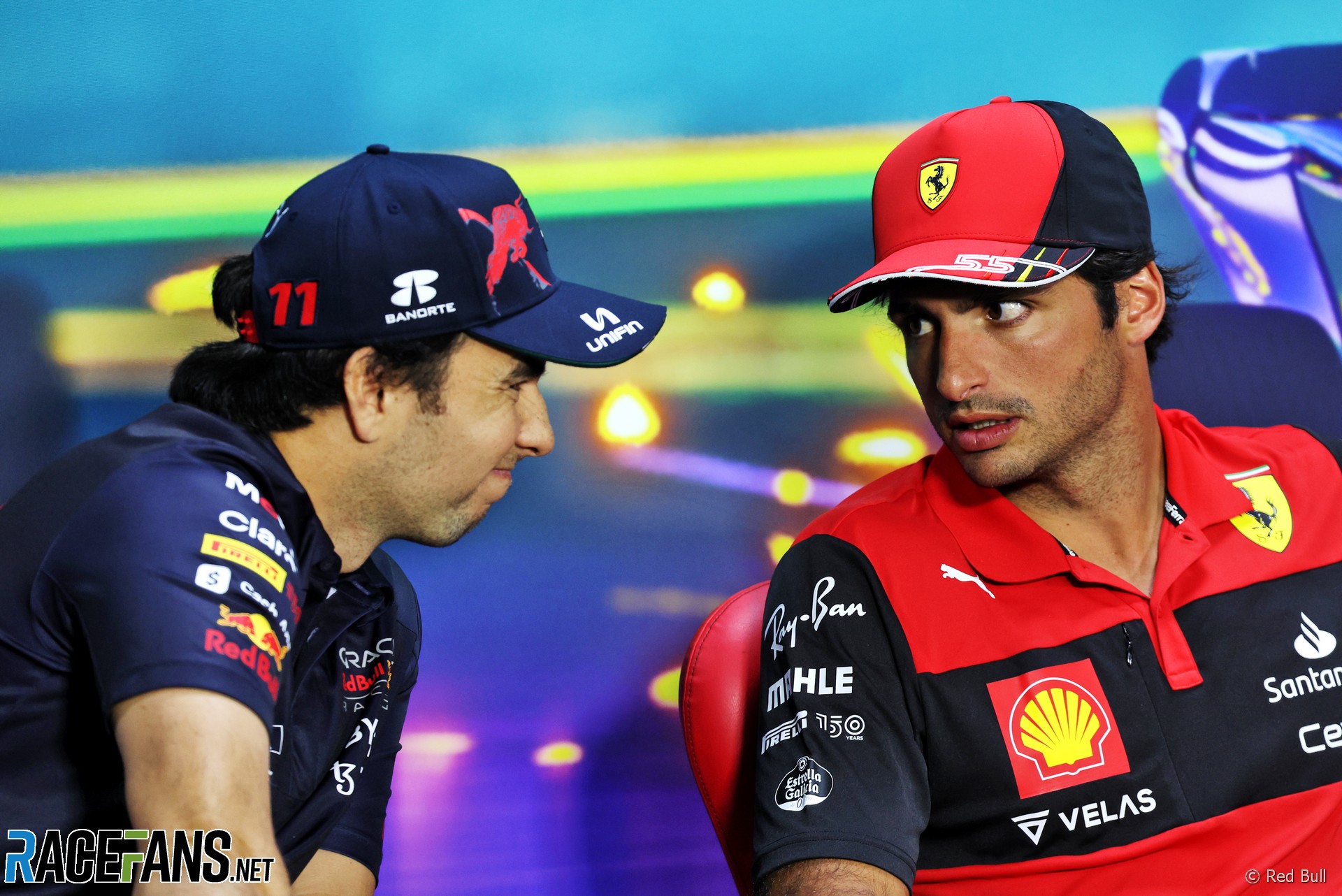 Carlos Sainz Jnr says his Ferrari team will need to be “perfect” to defeat dominant champions Red Bull next year.

Ferrari began the season with two wins in the first three rounds. But they were overtaken by Red Bull and Max Verstappen over the final two-thirds of the season. Verstappen clinched the drivers championship with four rounds to spare and Red Bull took the constructors title at the following race.

Sainz was comprehensively out-scored by team mate Charles Leclerc in the opening races of the championship after a series of costly mistakes and misfortunes. He later claimed his first career win, and so far only victory of the season, in Silverstone during the mid-point of the year.

Heading into the penultimate round in Brazil this weekend, Sainz sits fifth in the drivers’ championship, four points behind Lewis Hamilton. Asked if he felt whether it would have been possible to take the fight to Red Bull and Verstappen without setbacks, Sainz said “clearly this year, it wasn’t.”

“I’m very far from him in the championship and the way that he has performed, in combination with Red Bull, they’ve been just the faster package – the quicker car, the quicker driver,” Sainz said.

“I do feel like with a perfect year, it should be possible – but we will need to be perfect next year and we will need to improve the car. I will need to improve, especially in the first half of the season and in the races. So that is the target – and you need to put high targets to yourself and onto the team like this. You can try and accomplish them and then let’s see what life brings next year to the table.”

Sainz admitted he struggled at points through the early part of the season but said he was “proud” of the way his form has picked up over the second half of the season.

“It’s been a challenging one,” he said. “There was a challenging first third of the season where I struggled a bit with the car balance with the driving style – a car that for some reason didn’t suit me straight out of the box and I had to fight through it quite a lot. The second two-thirds I have been a lot happier with the car.”

“I’ve been a lot more on the pace but unfortunately [had] a lot of DNFs, a lot of reliability issues along the way. On top of that, it looks like Mercedes and Red Bull did have a better second half of the season. It means that even [when] I’m up to speed with a car and I’m driving well, and I had a solid weekend – for example, in Mexico – the maximum I could get was a P5. So, a bit unfortunate in that regard.

“But I’ve learned a lot. I’m proud of the progress I’ve done inside the car, with my engineers, the way that we managed to turn my pace around. I’ll make sure next year we are back to being the consistent Carlos of 2021 and get good results.”