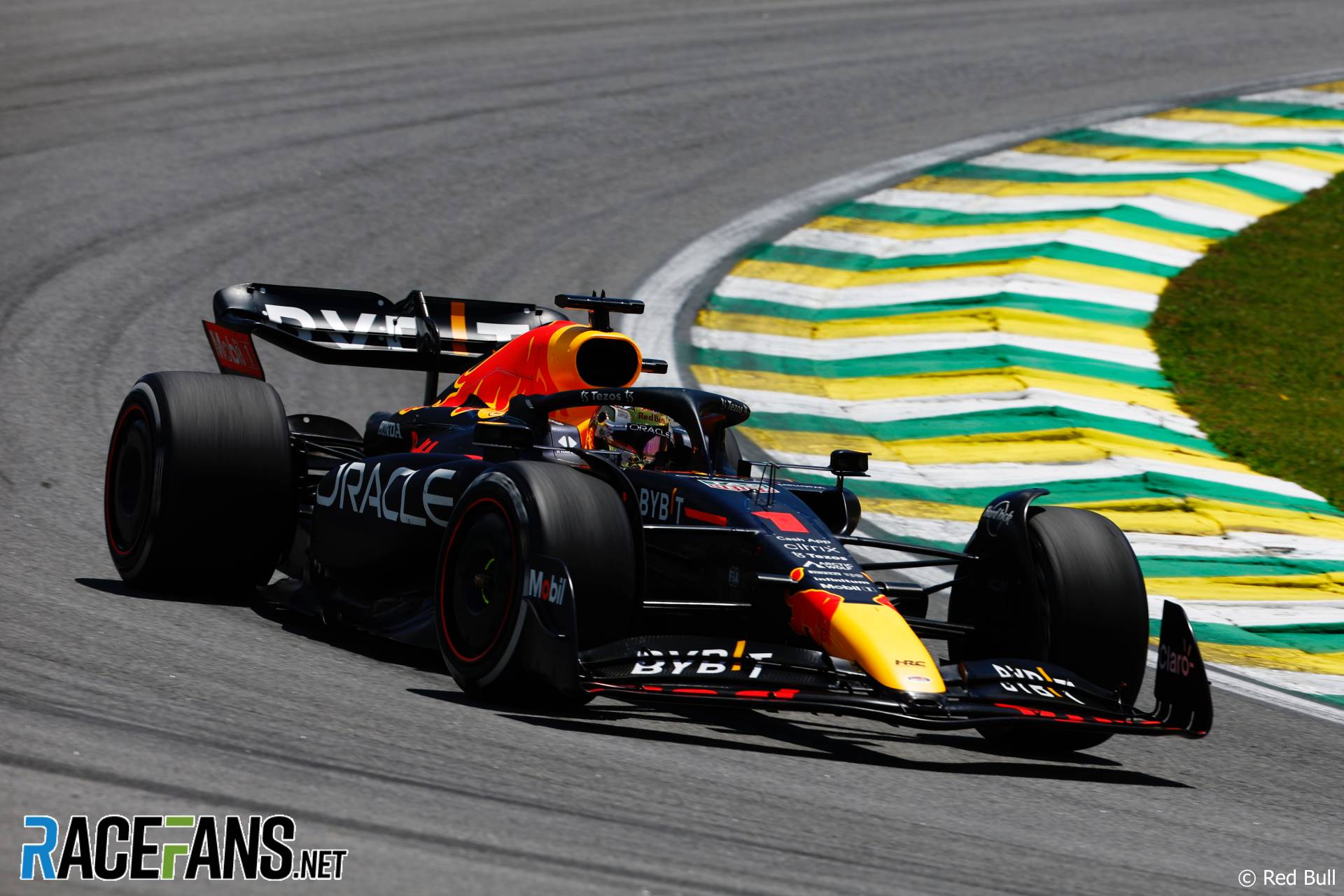 Max Verstappen still has room to improve as a driver despite clinching his second world championship with a dominant performance this year, says Red Bull’s head of car engineering Paul Monaghan.

The world champion scored his 14th win of the season at the last race in Mexico, breaking the record for most victories in a single year. Monaghan said his technical abilities showed the benefit Verstappen gained learning from his father, former F1 driver Jos Verstappen.

“Max is technically extremely gifted,” said Monaghan. “He did a lot of work as a youngster, often guided by his father, and you can see the legacy of that.

“He knows what he’s talking about within the car and he knows what he wants. And with his engineers, they know how to deliver a car that he finds nicely balanced, not necessarily easy to drive, but drivable, looks after its tyres well enough that he can manage a situation.”

Verstappen has won more than half of all races since the start of last year as he’s taken two world championship titles. “If you look at his record over the past seasons he’s been with us it’s stunning,” said Monaghan. “He wouldn’t achieve that if he wasn’t an exceptional driver.”

However Verstappen hasn’t reached his full potential yet, Monaghan believes. “Can he improve? Yes, of course he can. He might not thank me for saying that but I think there are areas he can get a little bit better.

“He’ll dig into himself and think what could he do better through a season and it’s up to us to give him a car to go and demonstrate those skills next year.”

Verstappen will start today’s sprint race at Interlagos from second on the grid. He was unexpectedly beaten to pole position by Kevin Magnussen as rain and a red flag meant drivers had just one chance to set a lap time when the conditions were at their best.

Sergio Perez will start from ninth place in the other Red Bull. His Q3 lap was compromised as he was held up by Charles Leclerc.

Monaghan believes the team are in good shape for the weekend as they seek their 10th consecutive win. “I’d say the car is performing reasonably well.

“We were a little bit unlucky with the Checo-Charles situation yesterday, which is going to be a bit more painful for those two, but Max seems reasonably settled with the car. It’s not perfect, he will always seek improvement, we can see areas we would like to improve obviously we’re bound by parc ferme regulations so we will do our best to operate and get the most out of it. I think we’re reasonably settled.”