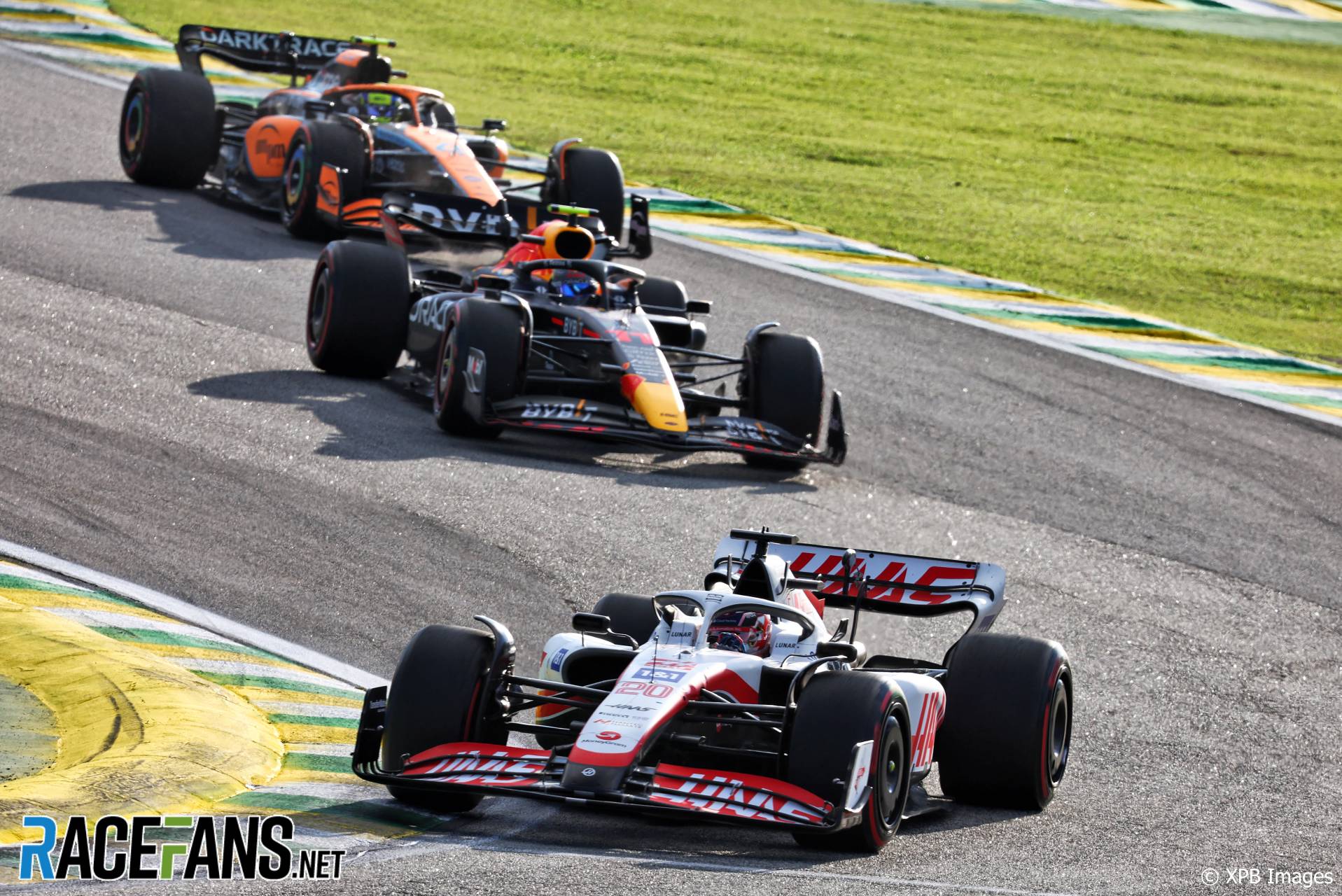 Kevin Magnussen said he was pleased to secure a single point in the sprint race with eighth place, despite having started from pole position.

The Haas driver secured a stunning result in Friday qualifying to line up on pole for the 24=lap sprint race and held the lead at the start ahead of Max Verstappen. After leading the first two laps, Magnussen was passed by Verstappen, and eventually dropped down to finish eighth.

Despite his drop the order, Magnussen said he was pleased to secure the final point for eighth, which doubled his team’s advantage over AlphaTauri in eight place in the constructors’ championship to two points heading into Sunday’s grand prix.

“I really enjoyed today,” Magnussen said after the sprint race. “And we got a point, and that’s also a very important point given our battle for eighth with AlphaTauri.

“We knew we weren’t going to win this race and that wasn’t really the aim. It was all about enjoying staring from the pole position and then really trying to get a point out of it.”

Magnussen said the team’s target prior to the sprint race was to try to finish ahead of Lando Norris. However, Magnussen lost seventh place to the McLaren driver with five laps remaining. Despite that he managed to hold onto the final point ahead of Sebastian Vettel.

“The dream was to try and finish ahead of Lando just behind all the big cars,” Magnussen said. “That didn’t quite happen, but we’re still happy with the point for eighth.

“We start from there tomorrow and that’s a position we’d be very happy about in regular qualifying. So, we start from inside the top 10 and hopefully we can go for points tomorrow too.”

Magnussen’s team mate Mick Schumacher started from last position on the grid but gained seven places to finish 13th, then gaining another position after Lance Stroll received a 10-second time penalty for dangerous driving. Haas team principal Guenther Steiner described the result as a “pretty good day” for his team.

“After starting from pole with Kevin today, we accomplished what we wanted to accomplish and get points,” said Steiner.

“Only one point, but it’s difficult to do with all the big boys coming through but we got one. Mick had a very good race – he came from P20 to P12 – and for tomorrow we’re in a good position. There’s a chance for points so it was a pretty good day to for us and once again, fantastic teamwork.”