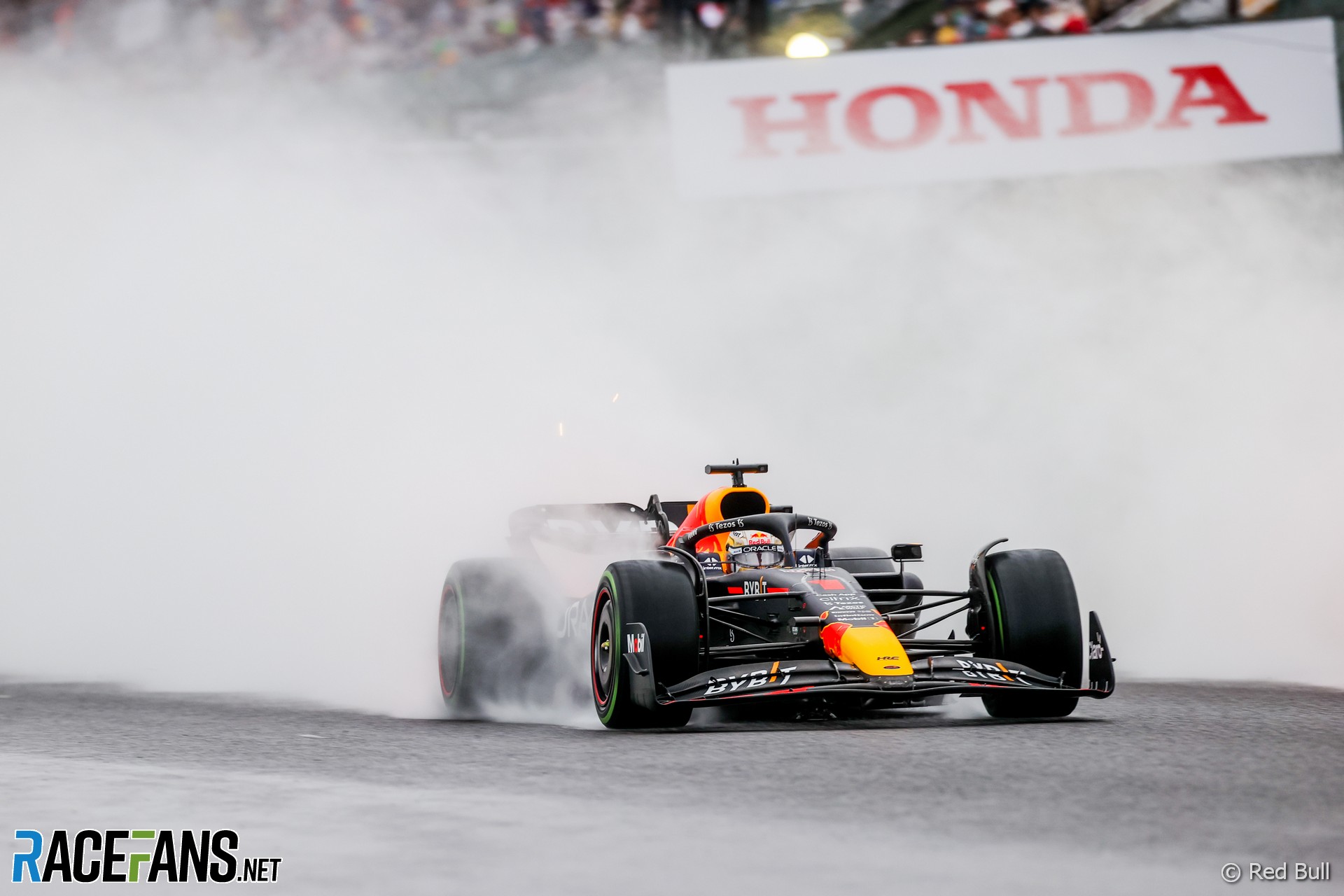 The FIA revealed it is studying how to improve wet weather visibility with the new ground effect era of Formula 1 cars.

Following a meeting of the governing body’s Formula 1 Commission in Abu Dhabi chaired by president Mohammed Ben Sulayem, the FIA have announced it has begun a study into a bodywork package in an effort to reduce the amount of spray the current cars generate on wet surfaces.

An initial concept design has been produced and was demonstrated to the representatives of the F1 Commission during the latest meeting.

The move to look at improving visibility in the wet follows serious complaints from drivers after last month’s Japanese Grand Prix at Suzuka, which began in wet conditions but was soon red-flagged and suspended for two hours due to conditions being deemed unsafe to race in.

Valtteri Bottas later argued that the race should not have been started to begin with, due to the volume of spray. “I was surprised we started because the conditions, the visibility was so, so bad,” the Alfa Romeo driver said.

In a statement released after the F1 Commission meeting, the FIA confirmed they are exploring methods of improving wet weather visibility with the new generation of F1 cars.

“Driver feedback has suggested that there has been reduced visibility in extremely wet conditions with this latest generation of cars, which is a key determinant on starting, or needing to suspend sessions,” the FIA’s statement stated.

“Therefore, the FIA commenced a study to define a package of parts aiming to suppress the spray generated when running in wet conditions.”

Among the possible solutions being investigated by the study are standardised body kits for all cars that will cover the wheels and physically limit the volume of water being expelled from the wheels behind cars.

The FIA clarified that standard body kits, likely to be in the form of “wheel arches”, would be “minimal” in size and it intends them to have little impact on tyre changes during racing pit stops.

The study is also exploring how track-level water is channelled and expelled through the sculpted downforce-generating underfloors of the ground effect cars and look at whether cars should be fitted with additional rain safety lights beyond those already mandated at the rear of cars and on the back of rear wing assemblies.

The FIA is also investigating the idea of designing special spray-mitigating devices that could be fitted to cars only during wet running to help improve visibility.

Any solutions agreed between the FIA and Formula 1 will likely not be implemented until the 2024 Formula 1 season at the earliest. The FIA say that further updates into the study will follow next year.