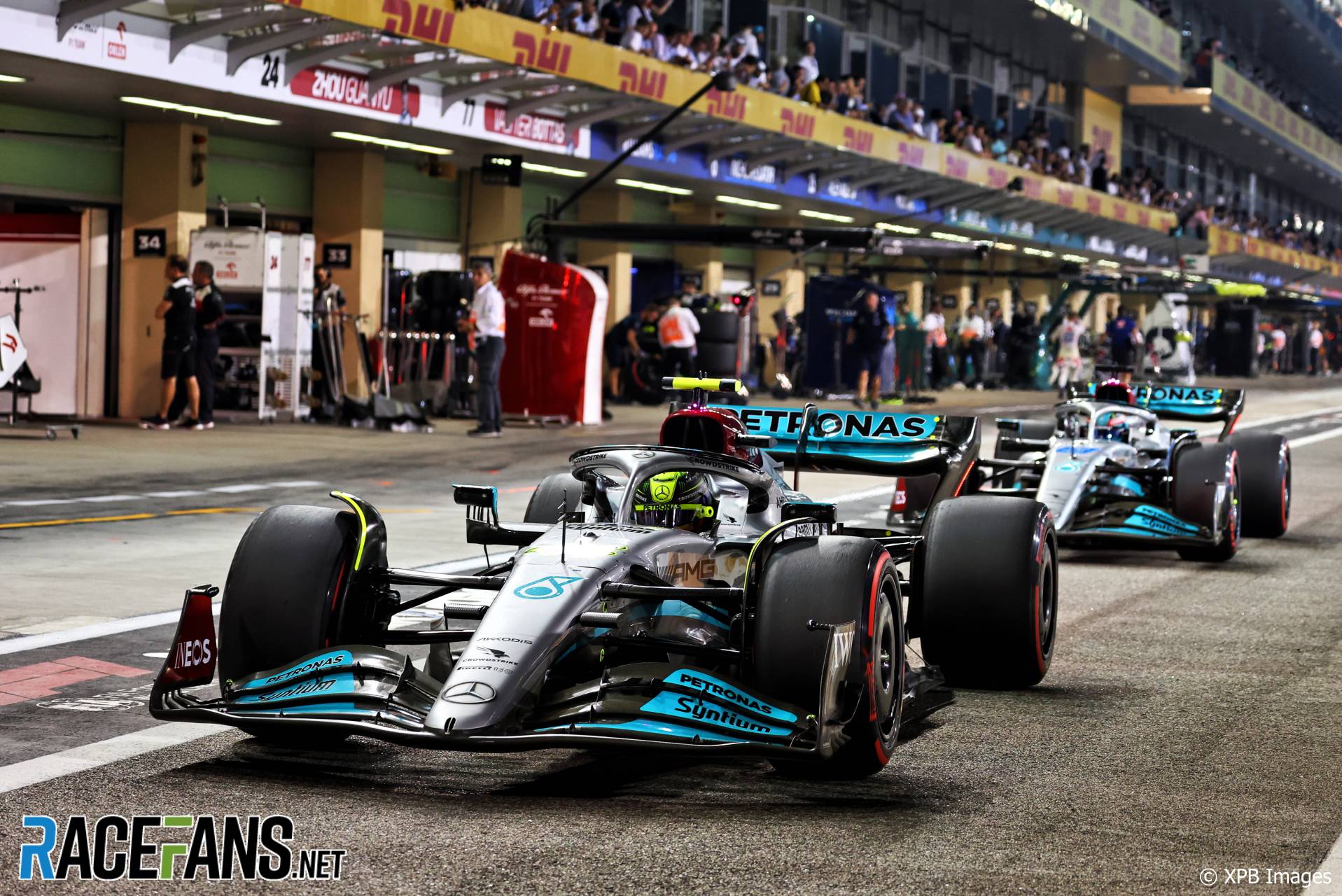 Lewis Hamilton said Mercedes’ bouncing problem has returned after he could only manage fifth on the grid for the Abu Dhabi Grand Prix.

The team scored its first victory of the season in Brazil last week having consistently improved the performance of its W13 since the season began. Mercedes started 2022 suffering problems caused by its car bouncing at high speed.

Hamilton qualified fifth, almost seven-tenths of a second off pole-winner Max Verstappen. George Russell will share the third row of the grid with his team mate having qualifying was just three-thousandths of a second slower.

“Bouncing is back, so that’s not that easy,” he told media including RaceFans after today’s session.

Although Mercedes predicted Red Bull would be stronger at Yas Marina, Hamilton admitted he “definitely wasn’t expecting to see such a big gap” in qualifying. “We’re losing six-tenths on the straight. It was reminiscent of some of the previous races before, kind of, Austin.”

Hamilton also complained about more problems with his brakes during qualifying. He said Mercedes have several key weaknesses on their car which they need to solve before next season.

“[There’s] brakes, bouncing is probably number one,” said Hamilton. “Drag is probably our biggest weakness, or equal number one. There’s loads of other things.

“We’ve obviously got some downforce, we just need to build a much more efficient car. I think everybody in the team knows exactly what are the problems and where we’ve gone wrong. I’m very confident they’re not going to build the next car with any of those characteristics.”

He said he will be pleased not to have to drive the W13 again after next week’s end-of-season test at the circuit.

“I’m looking forward to the end of Tuesday which is the last time I have to drive this thing,” he said. “I don’t ever plan to drive this one again. It won’t be one of the cars I request in my contract!”