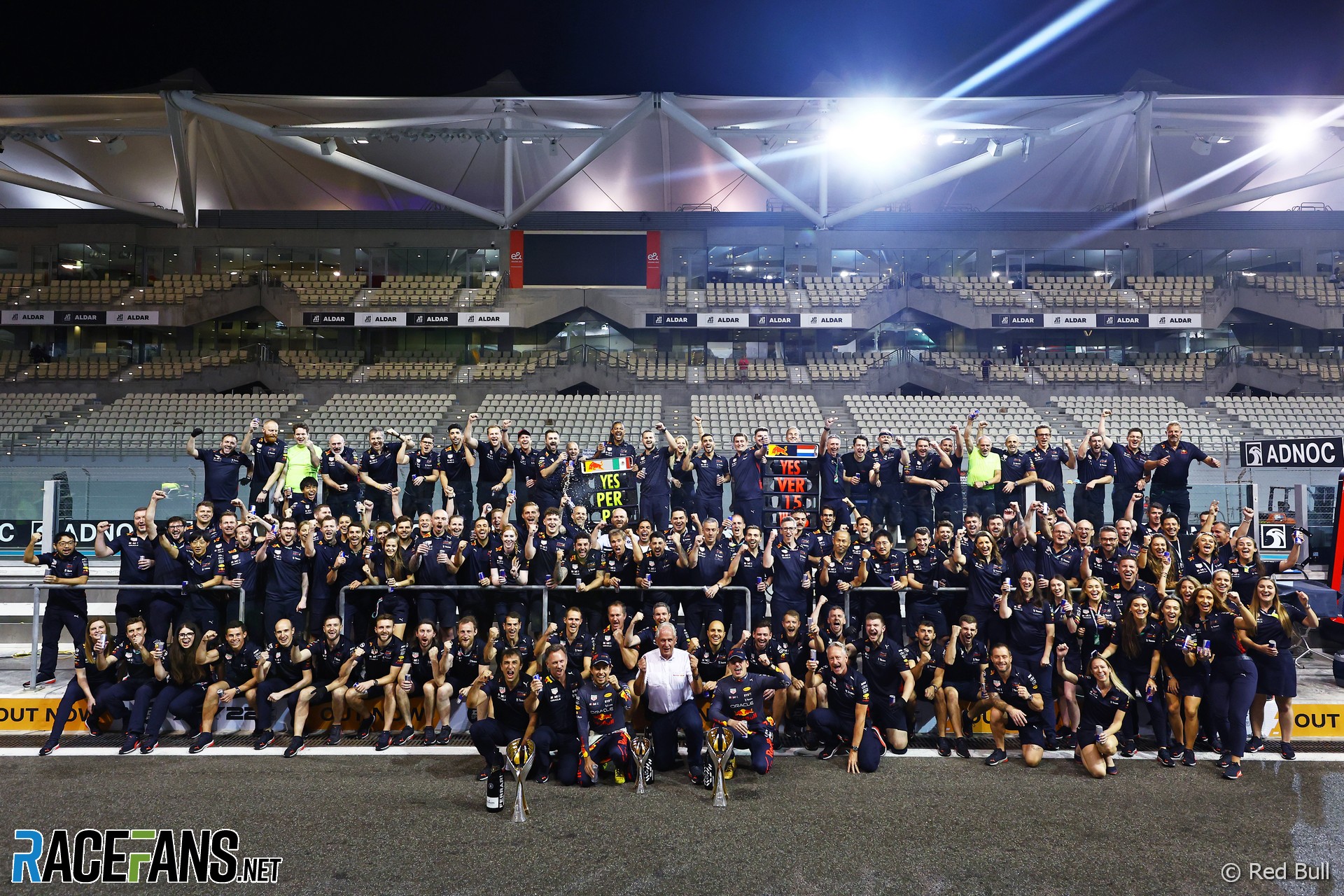 Red Bull team principal Christian Horner believes their rivals resent their success because they are an energy drink brand rather than a car manufacturer.

The team clinched its fifth constructors’ trophy this year while driver Max Verstappen won the drivers championship for the second year in a row. However Red Bull became embroiled in controversy when the FIA confirmed last month it had exceeded the budget cap during 2021.

Horner believes such controversies inevitably follow when a team is successful, and says they are a particular target because they are not link to a motoring brand.

“You’re always learning,” he said in response to a question from RaceFans. “Somebody else will have an issue at some point.

“The higher you rise, the sharper the knives. We’ve experienced a bit of that this year. The quickest way to become unpopular in this paddock is to win and win consistently.

“I think that we’re a subsidiary of an energy drink racing against OEMs and historic brands and of course that does not sit comfortably with some of our competitors.”

“Off-track we’ve had, firmly, a target on our back this year,” he added. “We’re a race team, we’re not a political organisation, we just focus on going racing.

“We’re hard racers, we push the boundaries, which is what race teams do if they want to succeed. And that’s always been our approach.

“It’s worked well for us, it’s the way we enjoy competing. And at times it has been tough this year. But that’s unfortunately Formula 1.”

Horner is proud of the team’s ability to win in consecutive seasons despite having been involved in a championship fight until the final race of last year and having to cope with a drastic change in technical rules.

“As a team we got these regulations right which, considering we were the last team to transition onto them after what happened last year, I think our team has done an amazing job in coming out with such a competitive car,” he said.

Red Bull “bounced back after a double DNF” in the first race of the season “whereas Ferrari scored a one-two finish in Bahrain,” Horner continued. “We never lost sight of what our target was.”

“By the time we got to Imola, winning the sprint [race] and the grand prix with our first one-two of the year, [we were] able to then put the pressure back onto Ferrari and it didn’t give them a breathing space. And we just kept efficiently developing the car, managing to lose a little bit of weight [from it].”

“Max has just been in sensational form this year,” Horner added. “You think back to some of the races that were so tight in the early races with Ferrari. You think of Miami, you think of the races in Saudi, even in Bahrain. It’s been an incredible, incredible season for us.”