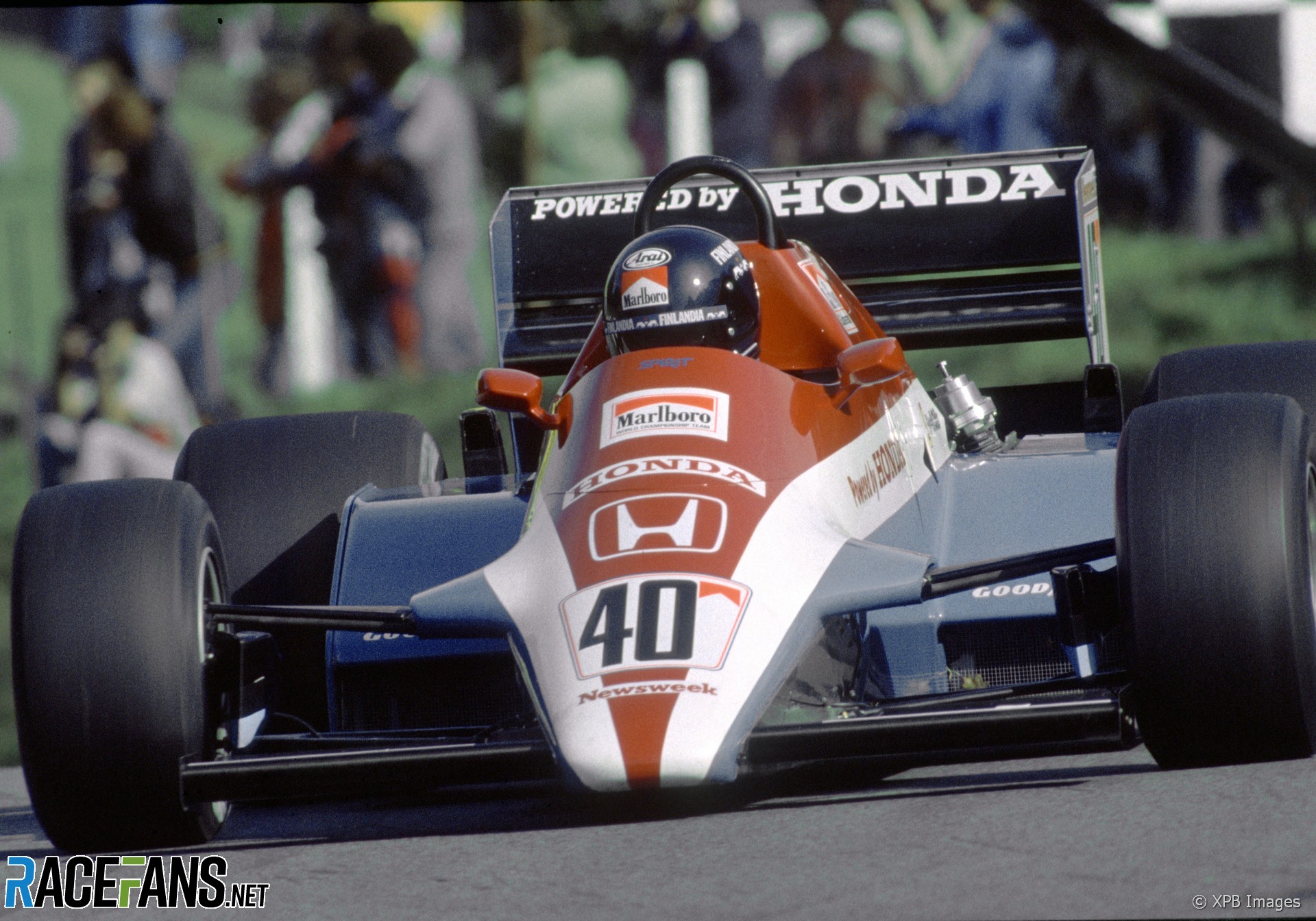 In the round-up: John Wickham, the owner of the Spirit team that raced in F1 in the mid-Eighties and later director of the Arrows team, has died aged 73 after a long illness

John Wickham, the owner of the Spirit team that raced in F1 in the mid-eighties, has died aged 73 after a long illness.

Spirit joined the grid for the 1983 season with Honda B7LE engines – at the time the Japanese manufacturer’s first F1 engines since they left the sport in the late-sixties. The team started a total of 26 grands prix between 1983 and 1985 – fielding drivers such as Stefan Johansson – but did not score any points.

Wickham later acted as director of the Arrows team in the early 1990s and was then in charge of the Bentley Le Mans programme which took victory in the illustrious 24 hour race in 2003. Wickham was also head of operations for the A1GP series, which ran from 2005 to 2009.

The Virtual Le Mans 24 Hours simracing event was suspended for over an hour due to a “security breach”, race organisers confirmed.

The race had just reached the six hour mark when the race was red flagged due to server problems for a second time. After a delay of over an hour, race organisers released a statement confirming that “the two servers that have been used for the 24 Hours of Le Mans Virtual have had a suspected security breach.”

After addressing the security issues, the race restarted with 16h30m of race time remaining. After seven hours of racing, the #20 Porsche Coanda team led the race by less than a second from the two Team Redline cars, with the #1 car of Formula 1 world champion Max Verstappen in second place.

Mercedes junior driver Andrea Kimi Antonelli holds the championship lead in the Formula Regional Middle Eastern Championship after the opening three-race round in Dubai despite not claiming a race win.

Antonelli sits on 38 points after a fourth, a sixth and a second-place finish in the first three races. Nikhail Bohra won the second race with Mari Boya winning the third and final race of the weekend.

The next round will take place in Kuwait with three races over Friday 27th and Saturday 28th of January.

It was a good day for F1 junior drivers in the second day of racing at the UAE F4 championship at the Dubai Autodrome with Red Bull junior Arvid Lindblad taking his first win in cars during race three.

The former WSK Euro Series karting champion won from pole position in a race run mostly under Safety Car – his first ever win in single-seaters. McLaren junior driver Ugo Ugochukwu won race two to jump into the early lead in the championship, 21 points ahead of Lindblad.

"In more than two decades with the team, Vowles has been there when it was BAR, then Honda, then Brawn. He’s seen what it takes to fritter away big budgets and even bigger expectations, but also succeed when there’s barely enough money to put fuel in the car. That breadth of knowledge can be applied to Williams right now, a team that is in some ways close to Mercedes in 2010 as it has the financial backing it needs from Dorilton Capital but is emerging from a time when it didn’t."

"I’m incredibly grateful for Bono. I’ve had an amazing journey with him, I think we’ve got one of the longest, if not the longest standing driver-engineer partnerships that there’s been, and he’s been hugely integral to my success."

"Mercedes’ aerodynamic philosophies dictated the direction they went in terms of the weight of each component that affects aerodynamic performance. Once a philosophy is settled on, much of the design concept comes from that, and forces a particular route to effectively deploy it. Mercedes went with a very narrow packaging concept, while much of the rest of the grid chose a wider body to suit their philosophies."

"100% we were stronger mentally than today, only because of the era we raced in, when drivers die around you including my little brother. You had to be mentally tough otherwise you would not have survived. Are the guys tough or tougher today? Maybe they are but in a different way, they have to cope with such different technology, a steering wheel with something like 300 settings. Plus the biggest problem – social media. I have heard many drivers say that it’s social media that they find most difficult to deal with."

"No one in my family came from a motorsport background. I was obsessed with super cars and Hot Wheels so I joke with Mum and Dad now and say ‘how did you not realise that this is what I wanted to do?!’"

"If you looked at our season last year, I mean to be straight in the duels in the opening round is very positive. Honestly, even in pre-season testing at Valencia, the car has felt strong. I was a little bit concerned in testing, so I didn't quite put the laps together because it's a very difficult car to drive, the Gen3 in general."

It is uninformed that anything in GM is "badged racing". We have styled/designed the most beautiful cars. We have engineered a massive transformation to electrified power cube. We work hand in hand with our race teams. We are committed. pic.twitter.com/JSHLDgUncW

We are sad to confirm that @RFrijns has suffered a fracture to his left hand and is being examined at the hospital. We are sending lots of love ❤️ pic.twitter.com/g9tO5D5Sri

Watching the @FIAFormulaE #MexicoCityEPrix. The new graphics package and TV presentation feels incomplete, as if the product is in beta version.

I quite liked the big and bold approach of "Safety Car" and "Yellow Flag" taking up the full screen so sad to see that go.

Wow – @peugeotsport understands: "Young people are watching motorsport through Netflix, through Twitch – they are not buying newspapers anymore… If you want to put more attention to the young people, it has to be there." pic.twitter.com/AwqfHCGcTu

With the news that BBC pit lane reporter Jennie Gow is recovering after suffering a stroke two weeks ago, @frasier expresses the thoughts of many.

Jennie Gow, the voice of the pit lane, such a lovely personality, here’s hoping for a full recovery.
Frasier 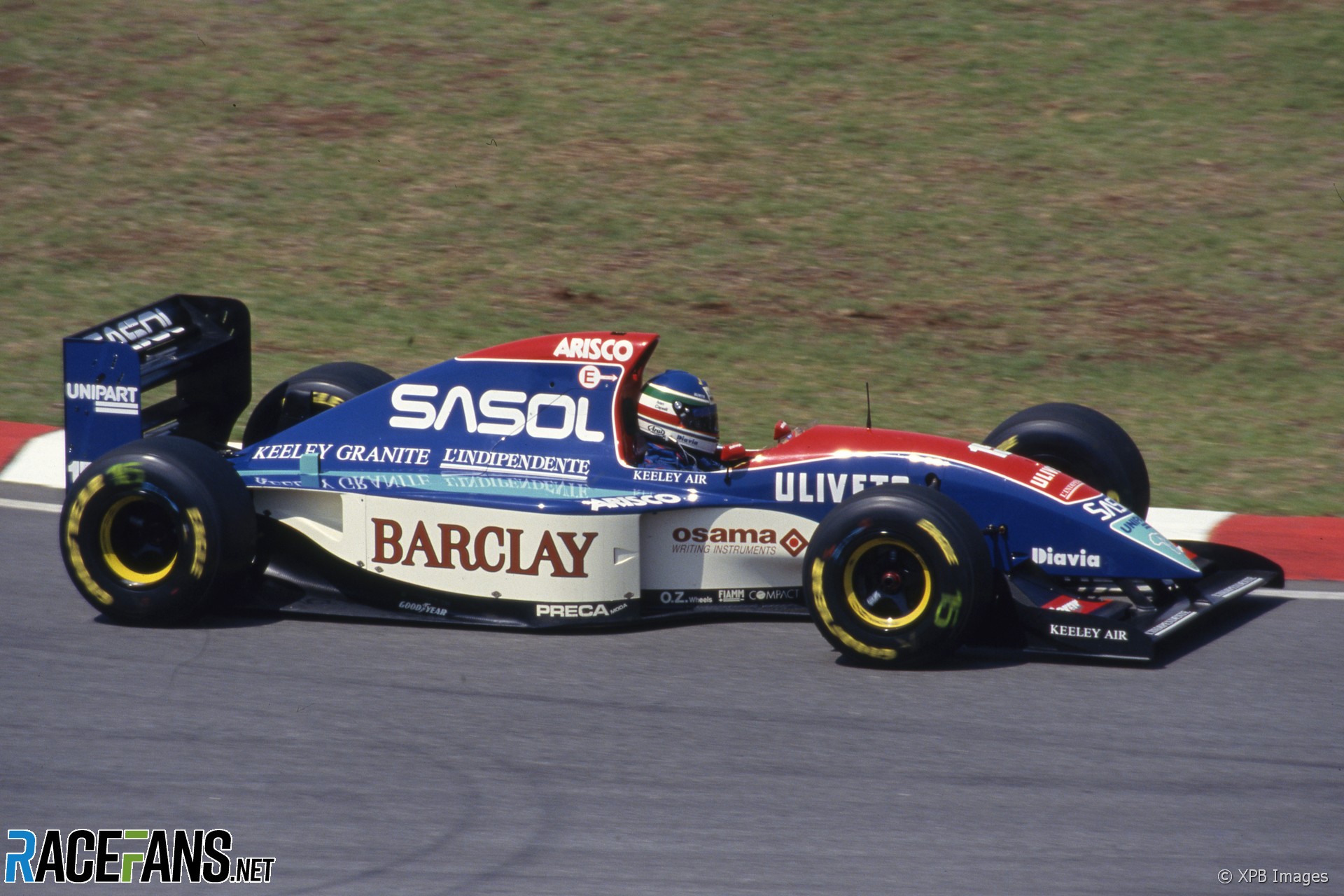