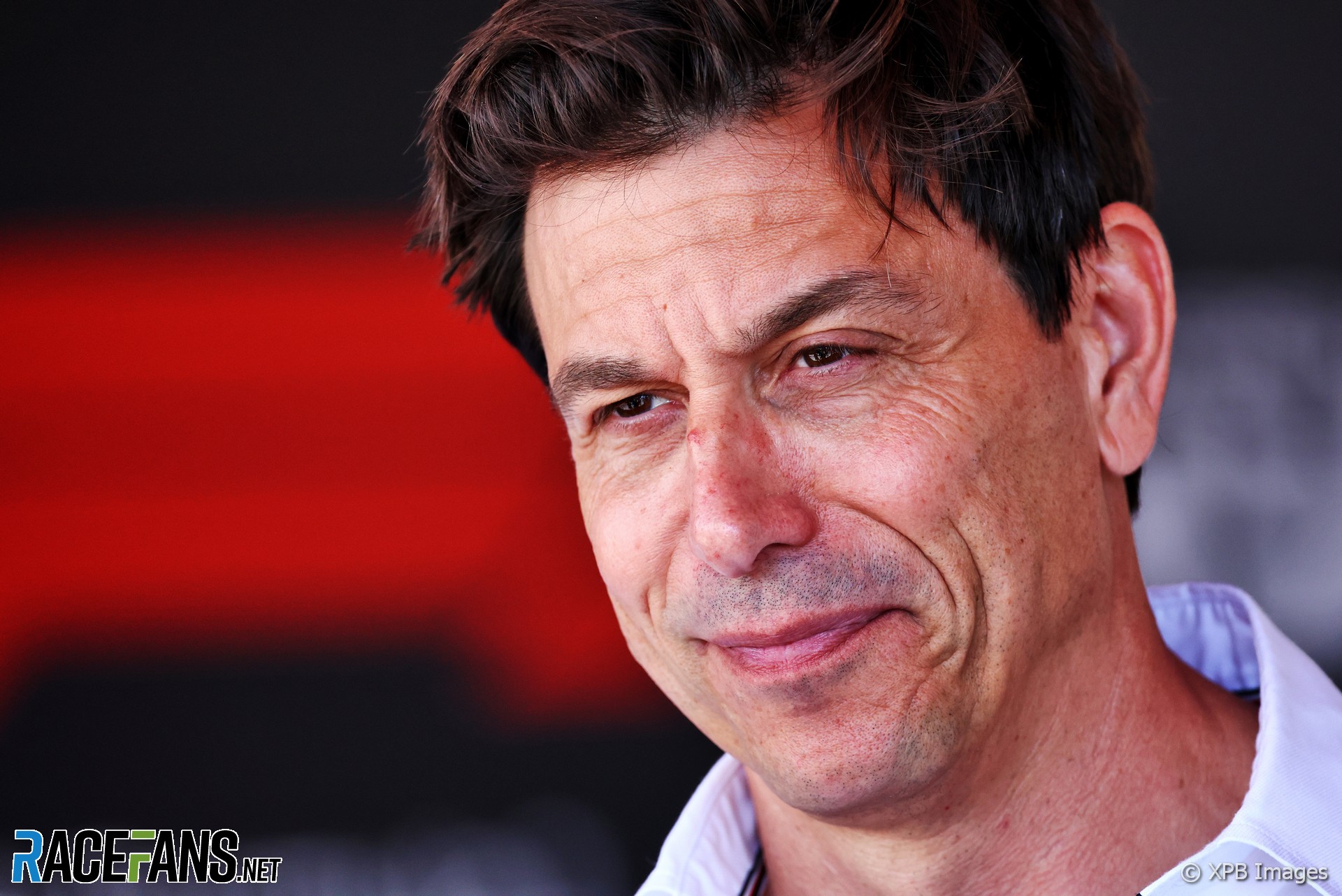 Mercedes’ team principal Toto Wolff doubts the FIA’s new clampdown on drivers making political statements will be as “harsh” as coverage of it has suggested.

An addition to the International Sporting Code ahead of the 2023 F1 season has banned “the general making and display of political, religious and personal statements” by drivers without the permission of the FIA. Wolff says discussion is needed between the drivers and FIA president Mohammed Ben Sulayem is now needed to clarify the situation.

“I think we need to see how this really this really pans out,” he told media including RaceFans last week. “We understand that sports are here to not make politics, but on the contrary, unite. And I have no doubt that Mohammed and the FIA mean well to achieve the right things. It’s just about aligning that with the drivers that have been more outspoken in the past

Mercedes driver Lewis Hamilton has been among the most outspoken drivers on a range of political matters, including urging greater support for human rights after receiving letters from inmates awaiting execution in Saudi Arabia. He clashed with the FIA last year when the sport’s governing body began enforcing its rules on the wearing of jewellery more strictly.

“Every time I know when Mohammed’s spoken to Lewis and the other way around, it’s ended up in a positive conversation,” Wolff continued. “So I have no doubt that when once people sit [at] the table together that things will not appear as harsh when they are being written down in the off-season.”

Wolff said he hasn’t had any discussions with his driver on the subject during the winter break.

“We haven’t talked about the political situation because he’s in his off-season and I think that’s important to shield yourself also from Formula 1 and this is what I’m very much doing – helping to shield. Once he’s back these things will be certainly discussed and with a positive mindset.”