With another year comes another collection of racing games for players to look forward to, and 2023 looks as though it could be a memorable year for the genre.

From a long-awaited next entry in a major series to the annual franchises players are intimately familiar with, there are many exciting titles set to be released over the next 12 months. Here are the titles scheduled for release in 2023 that RaceFans is most excited to play.

The last time a ‘true’ Forza Motorsport game was released Lewis Hamilton was only a three-times world champion. But this year, Xbox and PC gamers finally get a new entry in the franchise that is Microsoft’s answer to Gran Turismo.

However, unlike GT7 that was released last year, Forza Motorsport will only be released on current-gen Series S|X consoles and PC – completely untethered from previous-gen hardware. Over two years into the console’s lifespan, expect this title to be one of the system’s marquee releases.

What Turn 10 have shown off already has been tantalising – incredibly detailed models, impressive lighting and weather effects and reworked physics. It won’t be long until players get the chance to try it out for themselves – especially as the game will be coming to Game Pass on day one.

It’s fair to say the 2022 instalment of Codemasters’ long-running F1 franchise underwhelmed many hardcore fans of the series. With so many long-running gameplay gripes not addressed, incremental improvements to existing modes and the addition of supercars and ‘F1 life’ features that few asked for or enjoyed, players are looking for a lot more from F1 23.

As the third entry on current-generation hardware, players will rightly have high expectations for the latest. Reports have suggested that EA and Codemasters have ambitious plans for the 2023 edition, but there is nothing official yet. But whether it’s a new engine or a major overhaul of single-player or multiplayer modes, fans would likely welcome a shake-up of a well-worn formula. 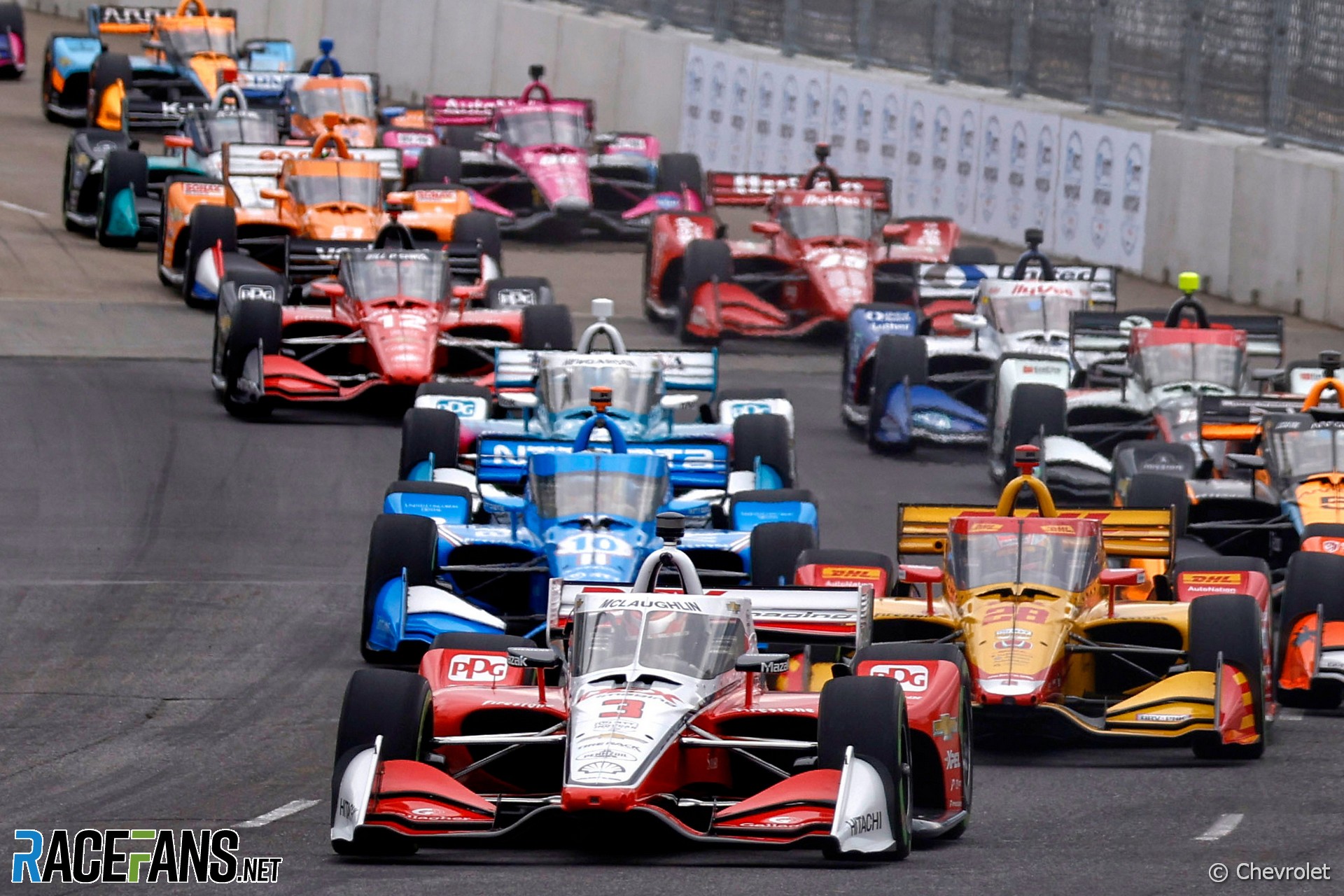 It’s been far, far too long since the IndyCar series had its own game for fans to enjoy that features all the teams, drivers and circuits of the premier single-seater championship in North America. Yes, IndyCar has featured in iRacing, rFactor and even Project CARS in recent years, but it has not had its own dedicated title for almost two decades now.

That was supposed to change this year with the intended release of Motorsport Games’ IndyCar title, which had fans very excited when it was first announced in 2021. However, since then, Motorsports Games’ well-chronicled trouble with its NASCAR game and reports of development problems within the company have raised concerns over its in-progress IndyCar title.

With even more controversy over iRacing losing the ability to hold official events with the series’ cars and circuits at the start of 2023 due to the licensing situation, interest in this game is especially high.

The PC sim racing market is hardly lacking quality platforms with iRacing, rFactor 2 and even RaceRoom providing authentic physics and opportunities for serious players. But there is a new challenger planning on joining the fight in 2023 with bold ambitions about the level of realism it can provide.

Using Unreal Engine 5 – the latest version of the software – Rennsport aims to set a new benchmark for realism with its physics, graphics and force feedback. While little is known about the game so far with only feedback from renowned simracers such as Emily Jones to go by, the confirmed car roster of GT3 cars suggests that this title will be another focused on sportscar racing rather than single-seaters.

With a beta expected soon, we should learn a lot more about this intriguing new challenger in the simulation market in the near future. 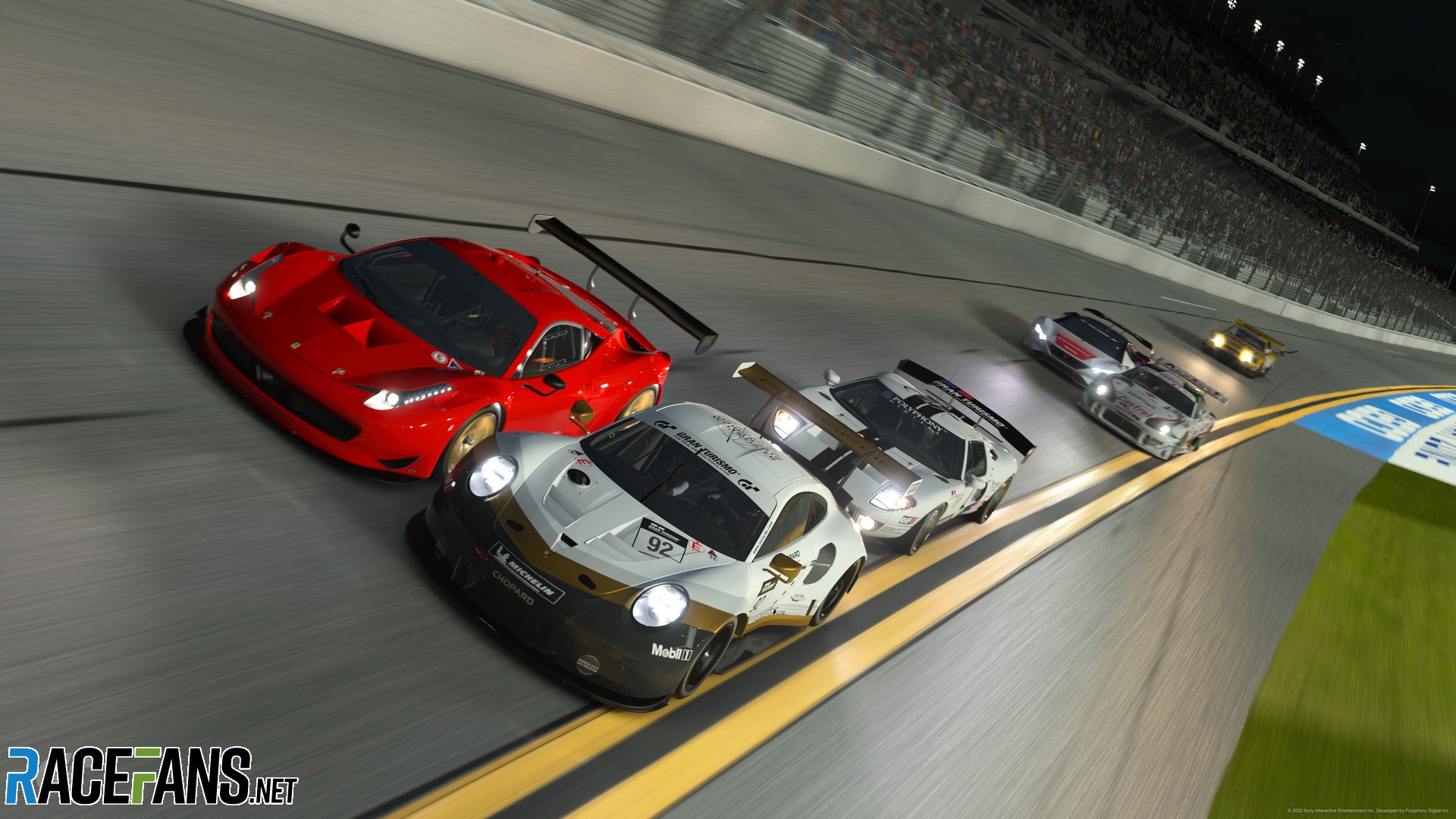 Although Gran Turismo 7 was released last year, Sony’s recent CES announcement that the game will receive a free PSVR2 upgrade next month led to many pre-orders for the new headset, extra sales of GT7 and prompted many lapsed players to consider getting back into the game.

Anyone who has been lucky enough to play any racing game in VR knows how transformative the experience is. GT Sport offered VR support on PS4, but despite the impressive visuals, it was limited to a basic time trial and two-lap race mode against a single AI opponent. While Polyphony Digital haven’t yet confirmed the full extent of the PSVR2 functionality in GT7, the 12-second teaser Sony showed at CES suggests full, 16-car races will be available at the very least.

With the PSVR2 shaping up to be one of the most impressive headsets at its admittedly still hefty price range, GT7 could well become a killer app if it allows players to complete its campaign or race multiplayer entirely in VR. 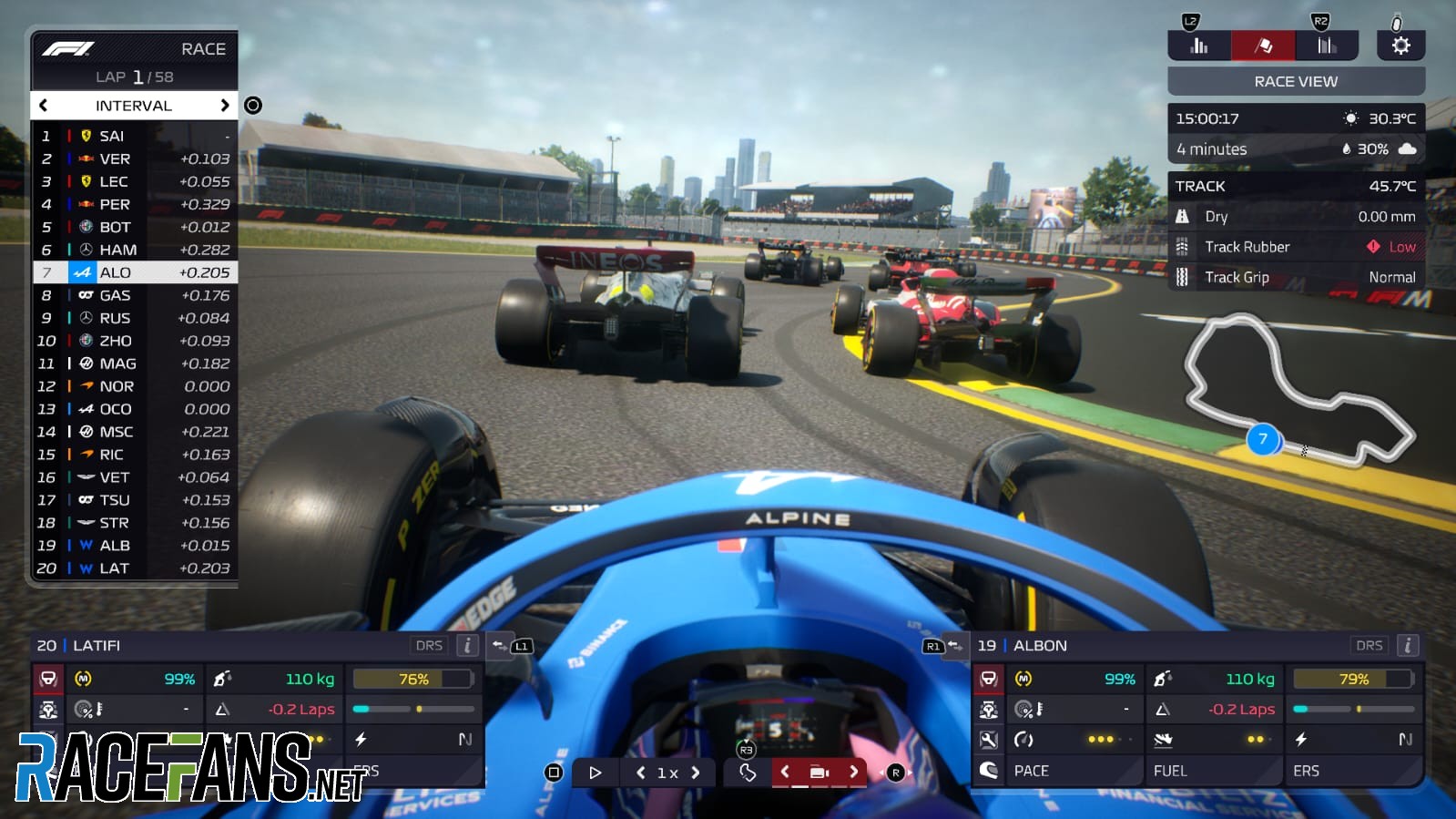 F1 Manager 2022 was perhaps the most important game of the year for hardcore Formula 1 fans. Offering players a chance to get on the pit wall and make the decisions on and off the track that make the difference between victory or failure, fans lapped up the first official F1 management game in over two decades.

Despite its impressive graphics, presentation and enjoyable gameplay loop, players rightfully found disappointment in some frustrating gameplay quirks and a lack of depth in some key areas that took away from the overall experience. And when developers Frontier announced they would cease support of the game to focus on 2023, the player backlash led to a quick U-turn with the game receiving an additional major patch before the end of the year.

Entering 2023, the first game provides a strong foundation from which to build from. With new features, refined mechanics and a full year to act on extensive player feedback, the second instalment in F1’s newest game franchise has the potential to be a substantially better game than the first. 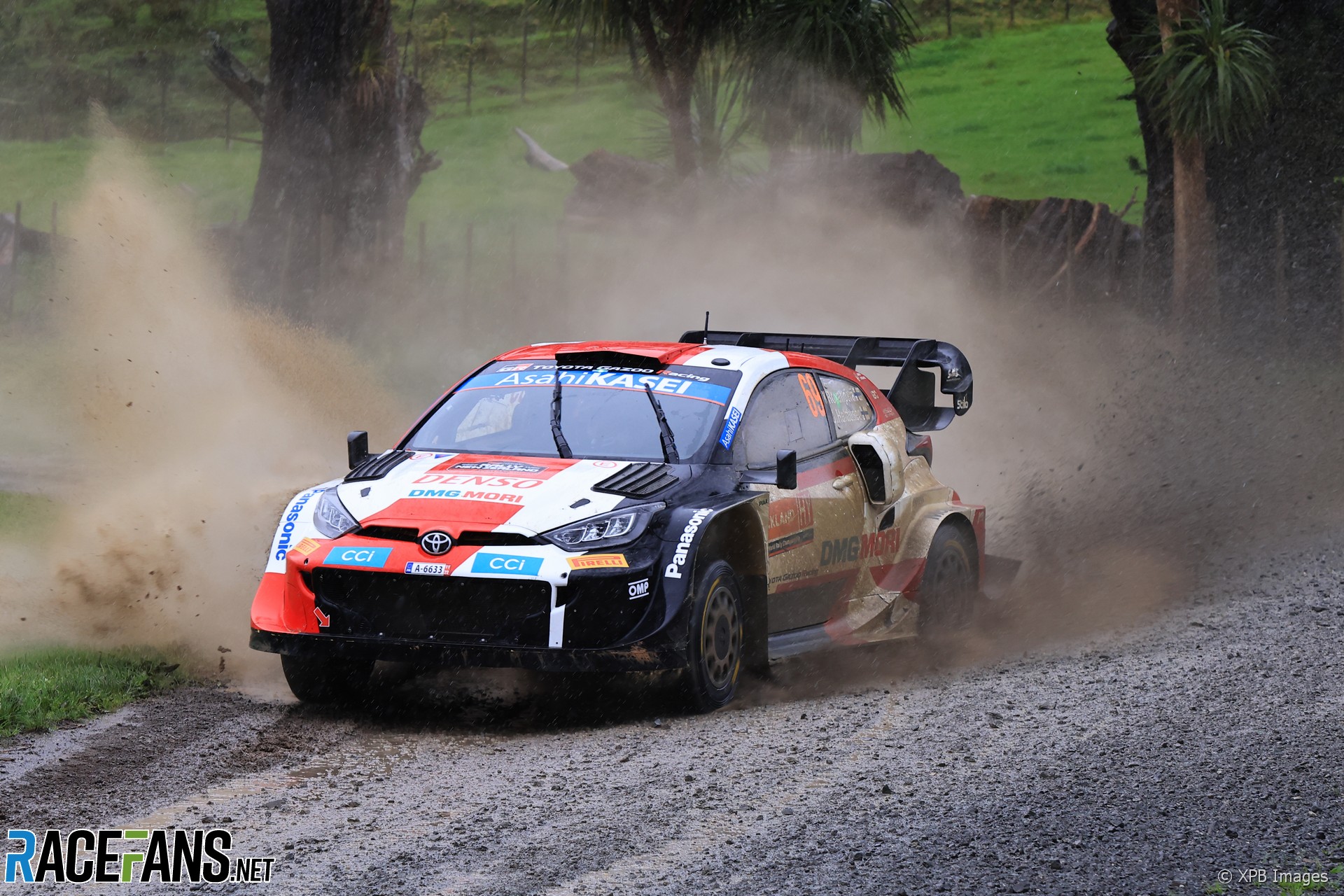 Codemaster’s Dirt Rally franchise may have only two titles under its name, but it has already established itself as one of the best pure rally series ever conceived. So when the World Rally Championship announced that they had awarded the WRC license to Codemasters – which were then purchased by EA – fans were salivating at the prospect of seeing the premier rally championship emulated in the Dirt Rally format.

After KT Racing bid farewell to the license having done the WRC justice over the final few years, players will rightly have high expectations for EA’s as-yet untitled rally franchise. Especially with sim rally having such a large, dedicated competitive base, a comprehensive suite of multiplayer options is a must.

As close a thing as the motorsport genre has to a speed-run game, Trackmania is time trial gameplay at its purest – just you, a car and a track. No set-ups, no gear changes or driving aids. Just an accelerator, brake and your steering wheel. With its pinpoint-precise handling and addictive leaderboard system, it’s easy to see why so many players get sucked into burning hours into improving their personal best times.

While technically not a ‘new’ game, Trackmania is coming to consoles this year. Like its PC counterpart, it will also be free-to-play, so you will be able to try it out with zero risk of buyer’s remorse.

The Isle of Man TT is the most dangerous internationally-known motorsport event in the word, but it is also the most awe-inspiring as a result. The first two editions of the Ride on the Edge series have brought the insanity of the TT to life better than any other game has done before.

With the announcement that developers CCC will bring a third entry in the series to current-gen consoles and PC, this new entry could be the most realistic depiction of the Scafell Mountain Course ever seen in a game. And with new features such as allowing players to ride around the streets of the Isle of Man beyond the infamous circuit, this could well be the ultimate game for TT fans.

Which new motorsport games are you most eager to play in 2023? And what titles must they measure up against?