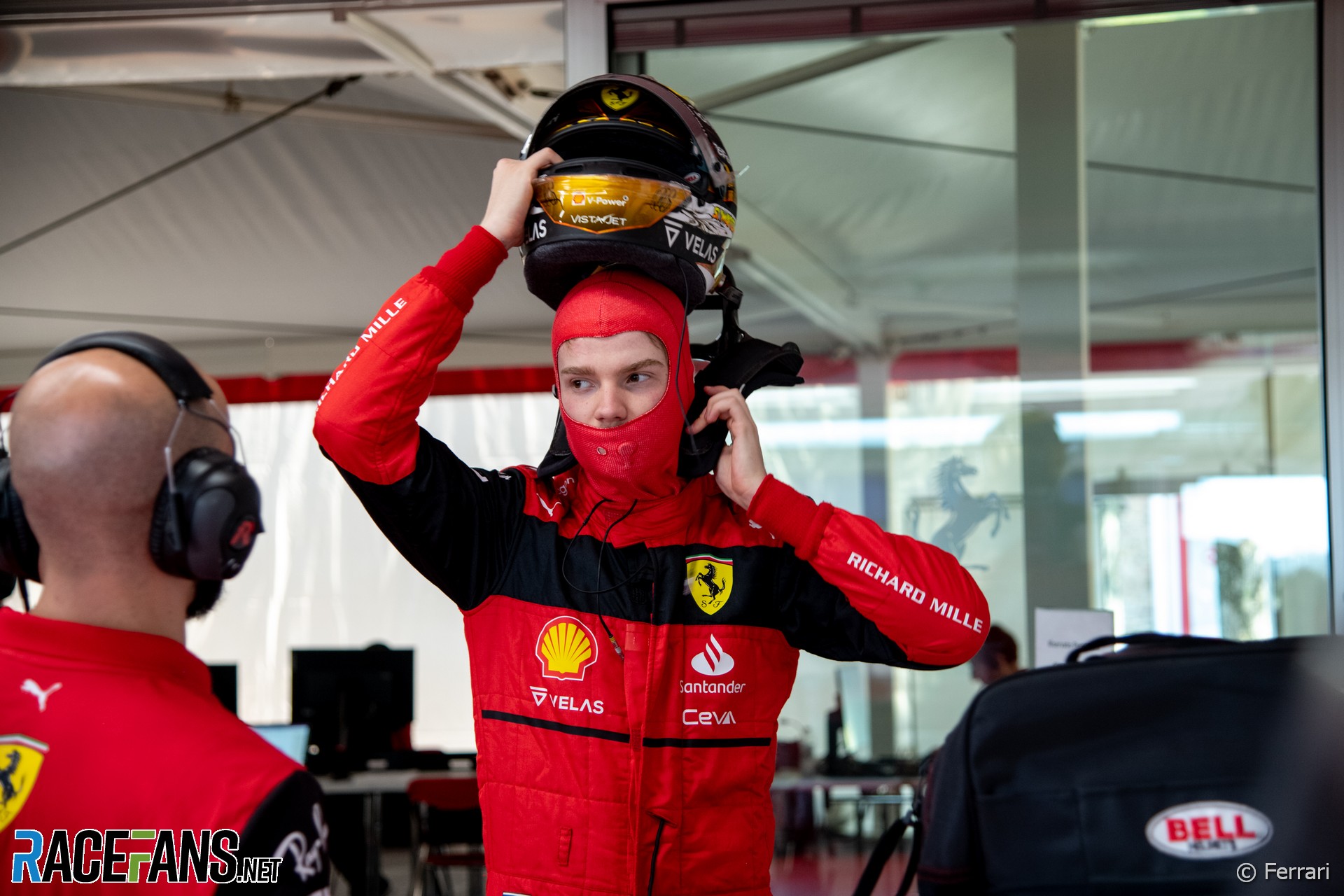 In the round-up: Antonio Giovinazzi and Robert Shwartzman will both share reserve driver duties at Ferrari for this year’s Formula 1 season.

Giovinazzi and Shwartzman to share reserve driver duties at Ferrari

Giovinazzi will race for Ferrari in their new 499P hypercar in this year’s World Endurance Championship, while Shwartzman will compete in the GT World Challenge Europe GT3 series. At least one of the pair will be present for each grand prix this season.

Shwartzman completed two free practice runs for Ferrari at Circuit of the Americas and Abu Dhabi and completed 116 laps in the post-season test day at the Yas Marina circuit.

AlphaTauri driver Nyck de Vries faces legal action by a former sponsor over a loan of €250,000, according to reports in the Dutch media.

De Vries is being taken to court by investor Jeroen Schothorst, whose company loaned him €250,000 to race in Formula 2, on the condition it would be repaid with interest if De Vries reached Formula 1 in 2022. While De Vries was not a full-time race driver in 2022, he did race for Williams as a substitute in the Italian Grand Prix and had multiple practice runs for the team plus rivals Mercedes and Aston Martin.

“We invested in De Vries’ career at a crucial moment and when nobody else wanted to do it anymore,” Schothorst said in a statement. “We now have different opinions on the interpretation of the agreement we entered into with each other at the time.”.

De Telegraaf reported that De Vries’ camp proposed to repay the loan in addition to interest, but that the offer was rejected.

IndyCar rookie Benjamin Pedersen will race as number 88 and use this livery on his Foyt car during the 2023 season. Official pre-season testing will begin at The Thermal Club on February 2nd.

Mario Andretti says his son’s team is prepared to make a long-term commitment to Formula 1 if it is granted permission to enter the sport.

“It’s a long-term project,” the 1978 world champion told Auto Motor und Sport. Look at our history. Everyone can see what motorsport means for our family. That’s our life.

“We weren’t in any series just for a short time to make a profit. We’ve already invested a great deal and hired engineers just waiting for things to get going. If they didn’t believe in us, they would have walked away long ago.”

The Andretti Group announced earlier this month it intends to submit an entry with the support of General Motors brand Cadillac. GM wants to become a “real player” in F1, says Andretti.

“GM is a proud company. They have good know-how in many technical areas and they didn’t just stumble into this project. They spent five months examining every aspect and if they weren’t fully convinced, they would not [apply].”

Blandin: 'There will be no excuses' (Aston Martin)

"So much of the AMR23 is new, it's completely different from the AMR22. We've changed more than 90 per cent of the parts."

"It’s clear from our sustainability report that creating a positive, nurturing working environment is at the heart of our health and wellbeing pillar, and there are several key ways we’re working to develop this."

"GT7 in VR takes full advantage of PS VR2’s next gen features. With eye tracking and foveated rendering, players will experience stunning visual fidelity while racing in any of the 450+ cars. While 2-player splitscreen races are not supported in VR, all other races, including online races, will be available."

"Ed was known for his great sense of humor. He was a 40-year employee of the Ford Motor Company. He volunteered for many years at the Detroit Grand Prix, where he was well known and was chosen to speak at many events."

How Abiteboul plans to take Hyundai to new heights (WRC)

"I have absolutely no experience (of rallying), let’s be honest. I have watched the results and a bit of footage at any opportunity, but when you are in any category of motorsport you need to be so focused on what you do. I was extremely focused on Formula 1 and I will be extremely focused on rallying from now."

Update: The hand surgery went fine, but I have been advised by the doctors not to drive at Daytona 😕 Wishing everyone at @mdkmotorsports a great weekend over there! https://t.co/HLQ5lreJiV

Honoured to step up as @ScuderiaFerrari @F1 Reserve Driver and continue my journey with the Ferrari family.
I look forward to working hard, getting back behind the wheel of the F1 car and racing in the @GTWorldChEu with Ferrari Competizioni GT! pic.twitter.com/PK3D54kMcK

The drivers spent time in the sim as a group yesterday learning from each other in the process 💪#FDA pic.twitter.com/Ca3L6t7Xgf

School is back in session 🤓

We’re happy to be reunited with the kids at @seek_inc for Year ✌️ of our @F1inSchoolsHQ program in @CityofMiaGarden! 👏📚🏎️ pic.twitter.com/uKwK9ajARU

Sauber junior Theo Pourchaire has been confirmed for a third season of Formula 2 with ART for this season, but @qeki is concerned over where opportunities for a move into F1 could come from…

He has age in his side but in the end where he could find a seat? Sauber when Bottas retires or Zhou dropping the ball. Red Bull, Ferrari, Mercedes no. Alpine maybe if Ocon and Gasly won’t work together but then Theo is also french.. Mclaren if Piastri fails. Allpha Tauri why not if De Vries or Tsunoda can’t get the car working. Haas maybe if Magnussen decides to retire. Williams a possibility.
Qeki

Don’t miss any of our RaceFans’ motorsport coverage! Get a daily update in your inbox – sign up for the free RaceFans email Newsletter here: