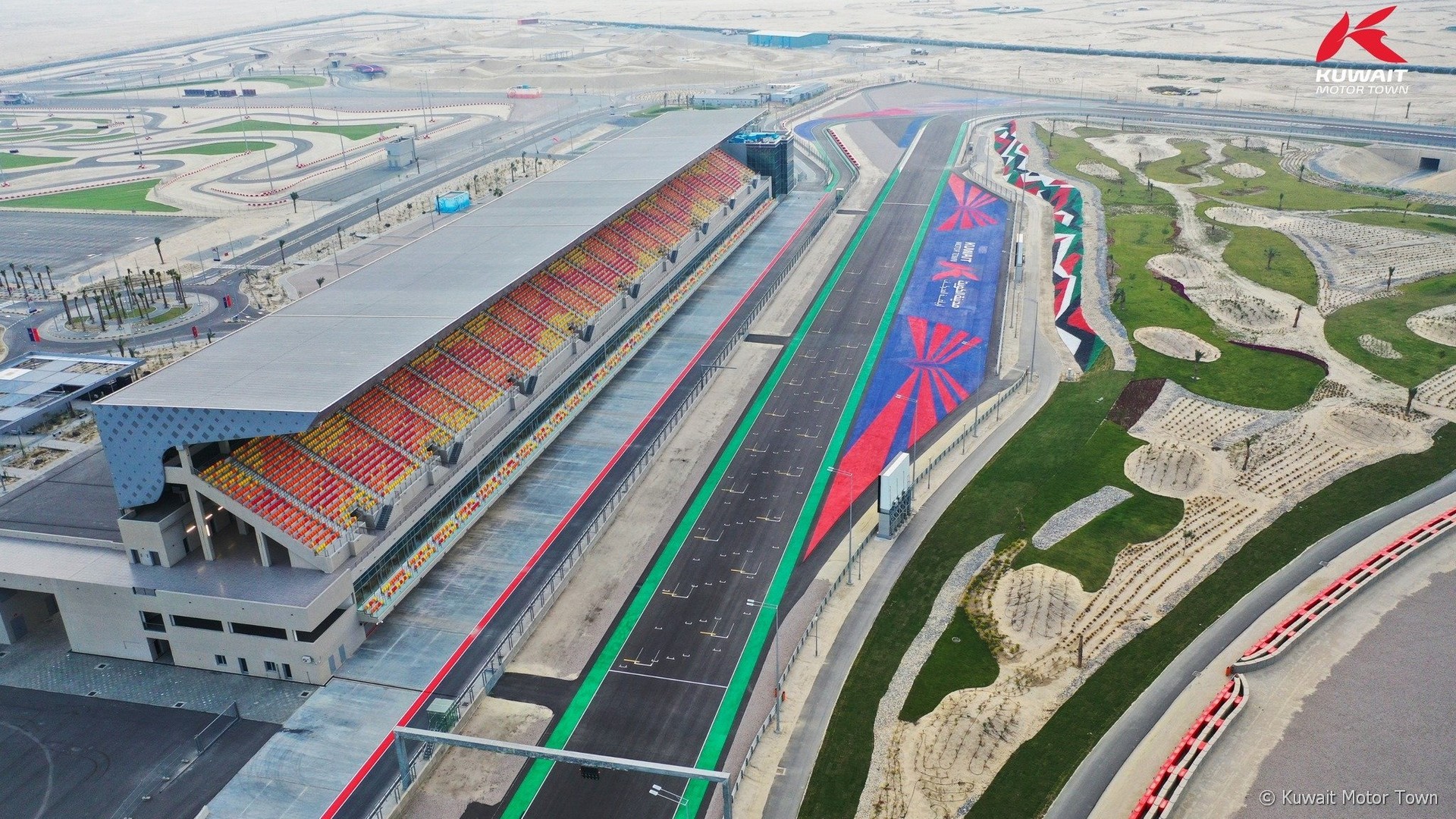 While the FIA’s regulations for Formula 1 outline that there can only be a maximum of 24 grands prix on the 2023 F1 calendar, they also dictate that only circuits with Grade One certification can be permitted to host them.

Unsurprisingly, there are very strict guidelines that all circuits must meet in order to obtain Grade One status. Covering minimum and maximum track lengths and widths, safety features, race control facilities, pit lane specifications and more, only the circuits with the highest level of standards – and often the biggest budgets – will have the ability to stage F1 races.

With that, there are fewer than 50 venues that meet the criteria to host Formula 1. While most of them have already held grands prix, there are some interesting examples that have yet to.

Among these are more recently completed tracks such as Kuwait’s Motor Town circuit – one of the newest circuits on the Grade One list which is increasingly being visited by international championships and junior single-seater categories. Surprisingly, Ferrari’s own test track at Fiorano is certified as Grade One, although as a designed test track, it’s almost impossible to fathom a grand prix ever being held there.

But which circuits would feature on your fantasy Formula 1 calendar? RaceFans has compiled a list of every circuit that has achieved Grade One status over the last five years – although some would need their status renewed before they would be permitted to host F1 – and you can select your ideal roster of up to a maximum of 24 circuits.

To keep things simple, circuits are listed by venue alone. Which some circuits such as Paul Ricard or Sakhir have multiple Grade One layouts, each track is listed once. Similarly, due to actions taken by the FIA following the Russian military invasion of Ukraine last year, the three Grade One tracks of the Russian Federation – Sochi Autodrome, Moscow Raceway and Igora Park Drive – are absent from this list.

While Las Vegas has yet to be completed and will been to be certified before it can host the inaugural Las Vegas Grand Prix in November, the near-certainty that F1’s most ambitious race event will go ahead means that it is also included in the options.

To start off with a fantasy calendar, it would be remiss not to include the all-time classics – Spa-Francorchamps, Silverstone, Monza, Suzuka, Interlagos. While many may scoff, the sheer heritage of the Monaco Grand Prix means that Monte Carlo circuit earns one of the 24 slots – even if it would struggle to ever qualify as a Grade One track if proposed today.

There are some lesser-used circuits that also deserve a place on the calendar. The Algarve circuit more than proved itself with two rounds in 2020 and 2021, while a return to Fuji would be fascinating to see with its monster pit straight and in spite of its fiddly final sector.

While not the best circuit for overtaking, Magny-Cours deserves a return to the calendar to host the French Grand Prix as a far more exciting track than Paul Ricard. Hockenheim has also provided drama in recent years and a return to Germany would be welcomed by many.

As wildcards, it would be fascinating to see Formula 1 race as all-new venues. Top of that list may be Kuwait Motor Town, an intriguing anti-clockwise circuit that appears to be faster and far more imaginative than a cookie-cutter track like Qatar’s Losail circuit, which F1 will return to later this season.

Oh, and until a solution is found to rid the Circuit de Catalunya of its abysmal final chicane, swap the Spanish Grand Prix to one of the nations other circuits, such as Jerez or the underrated Aragon circuit.

Which FIA Grade One certified circuits would you have on the Formula 1 calendar? (Max 24)