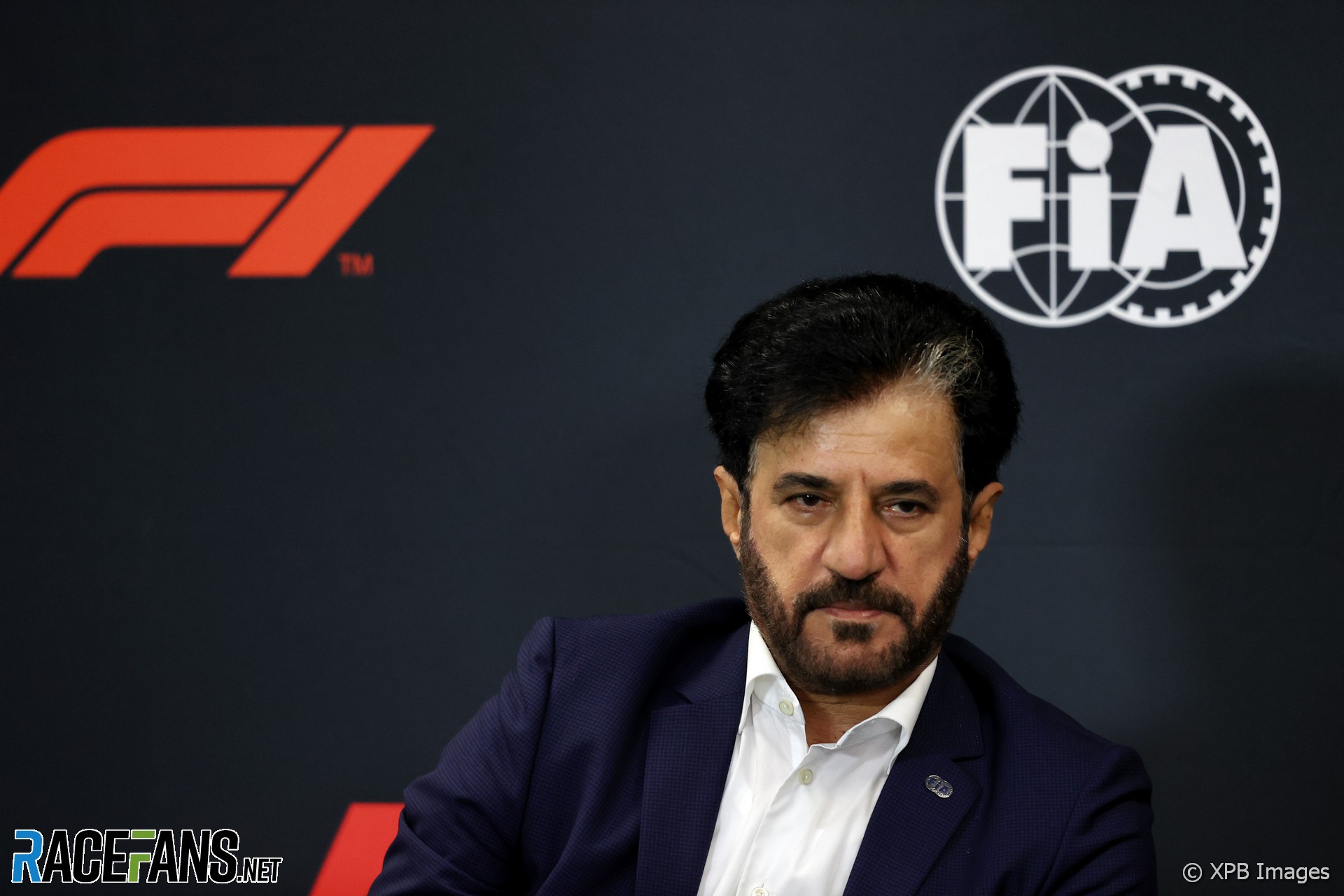 Formula 1 has criticised comments made by president Mohammed Ben Sulayem yesterday regarding the value of the sport in a letter to the FIA.

Ben Sulayem said the FIA would be “cautious about alleged inflated price tags of $20bn being put on F1” following reports the Saudi Arabian Public Investment Fund had made an approach to the series’ owners Liberty Media which was turned down. The reports claimed the offer valued F1 at $20 billion (£16.16bn).

A letter from representatives of the American media company, obtained by the BBC and Sky, reminded the FIA that F1 had signed a 100-year deal to the series’ commercial rights and the governing body “has given unequivocal undertakings that it will not do anything to prejudice the ownership, management and/or exploitation of those rights”.

The letter said Ben Sulayem’s comments “interfere with those rights in an unacceptable manner”. It added that the implication “that any potential purchaser of the F1 business is required to consult with the FIA is wrong”.

“Any individual or organisation commenting on the value of a listed entity or its subsidiaries, especially claiming or implying possession of inside knowledge while doing so, risks causing substantial damage to the shareholders and investors of that entity, not to mention potential exposure to serious regulatory consequences,” it added.

“To the degree that these comments damage the value of Liberty Media Corporation, the FIA may be liable as a result.”

Ben Sulayem said yesterday: “As the custodians of motorsport, the FIA, as a non-profit organisation, is cautious about alleged inflated price tags of $20bn being put on F1.

“Any potential buyer is advised to apply common sense, consider the greater good of the sport and come with a clear, sustainable plan – not just a lot of money.

“It is our duty to consider what the future impact will be for promoters in terms of increased hosting fees and other commercial costs, and any adverse impact that it could have on fans.”