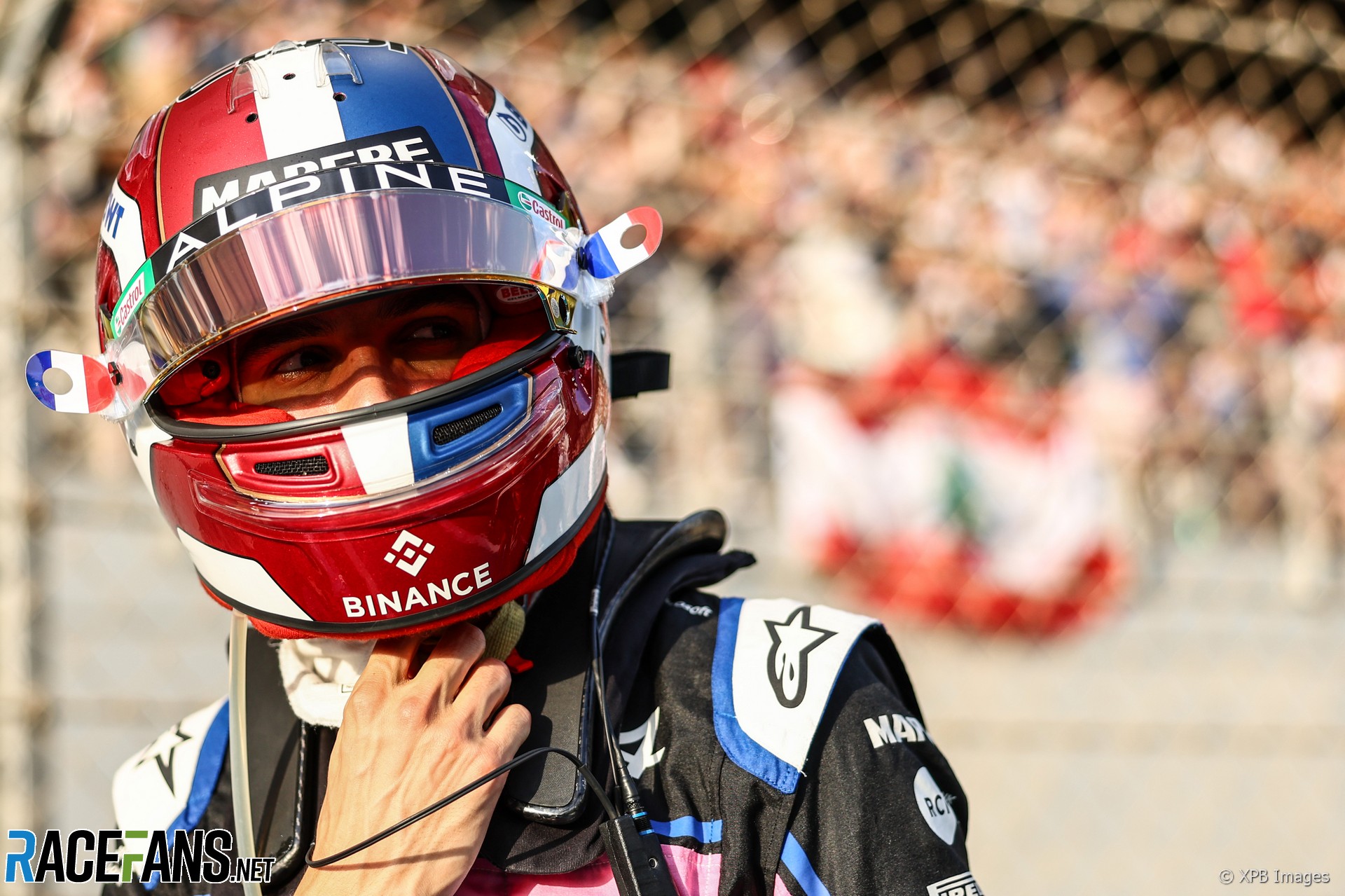 In the round-up: Formula 1 has signed a deal to make integrated helmet cameras available for every driver on the 2023 grid

Helmet cameras available to all drivers after F1 signs deal

Formula 1 has signed a deal to make integrated helmet cameras available for every driver on the 2023 grid.

After F1 has experimented with helmet camera technology over recent years, but yesterday Racing Force Group announced it had signed a deal for its Driver’s Eye camera to be used in the world championship for the 2023 season.

The camera, weighing just 1.43g and 8mm in diameter, is installed inside the interior padding of a drivers’ helmet. The group says the technology will be available to every driver on the grid no matter their helmet manufacturer.

Paffett had an extensive history of testing with McLaren from as early as January 2001. In late 2005, he became the team’s main test driver alongside racing successfully in the German DTM touring car series, testing for the team until 2013. He rejoins McLaren with their Extreme E team of Emma Gilmour and Tanner Foust after racing a season with Venturi in Formula E in 2018.

“I’m really excited to work with the group of close-knit people that we have in the team, including Emma and Tanner, who showed great progress and strong performances last season,” said Paffett.

“The target for the team is to continue that progression to move towards the front of the field. It’s a very competitive championship with some really fantastic teams and drivers involved, so it will be extremely tough competition.”

Grandstand capacity for the second Miami Grand Prix will be increased by 3,000 for this year’s race, organisers have announced.

The race will also have 61 new hospitality suites and two additional luxury club spaces. General admission ticket holders will also be able to buy a ‘campus pass’ which will also grant access to the artificial marina and amenities on the inside of turns six and seven.

"The 21-kilometre-long Nordschleife is set to benefit from an 11 million Euro investment in state-of-the-art digital communications, HD trackside cameras and safety warning systems. The AI is intended to recognise dangers, accidents or other unscheduled events on the route and to support the operations centre in taking immediate action."

"here is an abundance of locations around the world that would make for ideal venues to host Formula One races, including private club tracks where the quality of the pavement is of paramount importance. Furthermore, the emergence of autonomous vehicles and the rapid advancement of automotive technology has created a demand for specialized testing facilities. The future is uncertain, and it remains to be seen where the evolution of these industries will lead us."

"The FIA is working in close collaboration with ASNs in countries visited by the ABB FIA Formula E World Championship to leave behind a positive legacy and develop local skills for the benefit of the wider motorsport community. As a case in point, ahead of the first round of the 2022-23 Formula E campaign in Mexico City earlier this month, the circuit’s marshals received training in two vital areas – e-safety and vehicle recovery."

"There are a few things Formula One driver Alex Albon can't live without. From his Oculus Rift and some AirTags to his circuit ID and a pair of Crocs, here are the Williams Racing driver's essentials."

"Get to know Stefano, his experience and his plans for Rahal Letterman Lanigan Racing's IndyCarprogram."

It's beginning to look a lot like launch week. pic.twitter.com/aj5mLxJ8Nq

Nice job son ! Pole, win and championship lead Down-Under in Kiwi Land after 6 from 15 races. Keep the head & food down and just enjoy your competitive car and the cool racing in NZ! Many @f1 drivers been there, last to win was @LandoNorris in 2017 … pic.twitter.com/9NueIXdu2y

”You’re the future, so keep on pushing and keep on practicing” 💪

Thanks to @MercedesAMGF1's @GeorgeRussell63, a multiple British Kart champion in his early career, for sending his best wishes ahead of the British #Karting Awards 🤩#MotorsportUK pic.twitter.com/o66C95MrA6

We're throwing a party and you're invited 🎉

Many may be sceptical about Haas opting to bring Nico Hulkenberg into their team for 2023 after three full seasons out of racing, but SteveP sees what Haas is looking to achieve…

You have to consider that the aim of using Hulkenberg (and Magnussen) is not to win many races with what they know is an under-developed car.

It’s to improve the driving standard for both cars and collect feedback on the pro’s and cons of what they have and build on that.

An inexperienced driver like Schumacher couldn’t do that for them so they were on minimal useful feedback in 21, with a big improvement in 22 with the fortuitous loss of Mazepin and replacement with Magnussen.
That clued them up about how lacking the feedback was.

A driver has to earn his way, either in results, in feedback for development, or a big bucket of cash.
SteveP