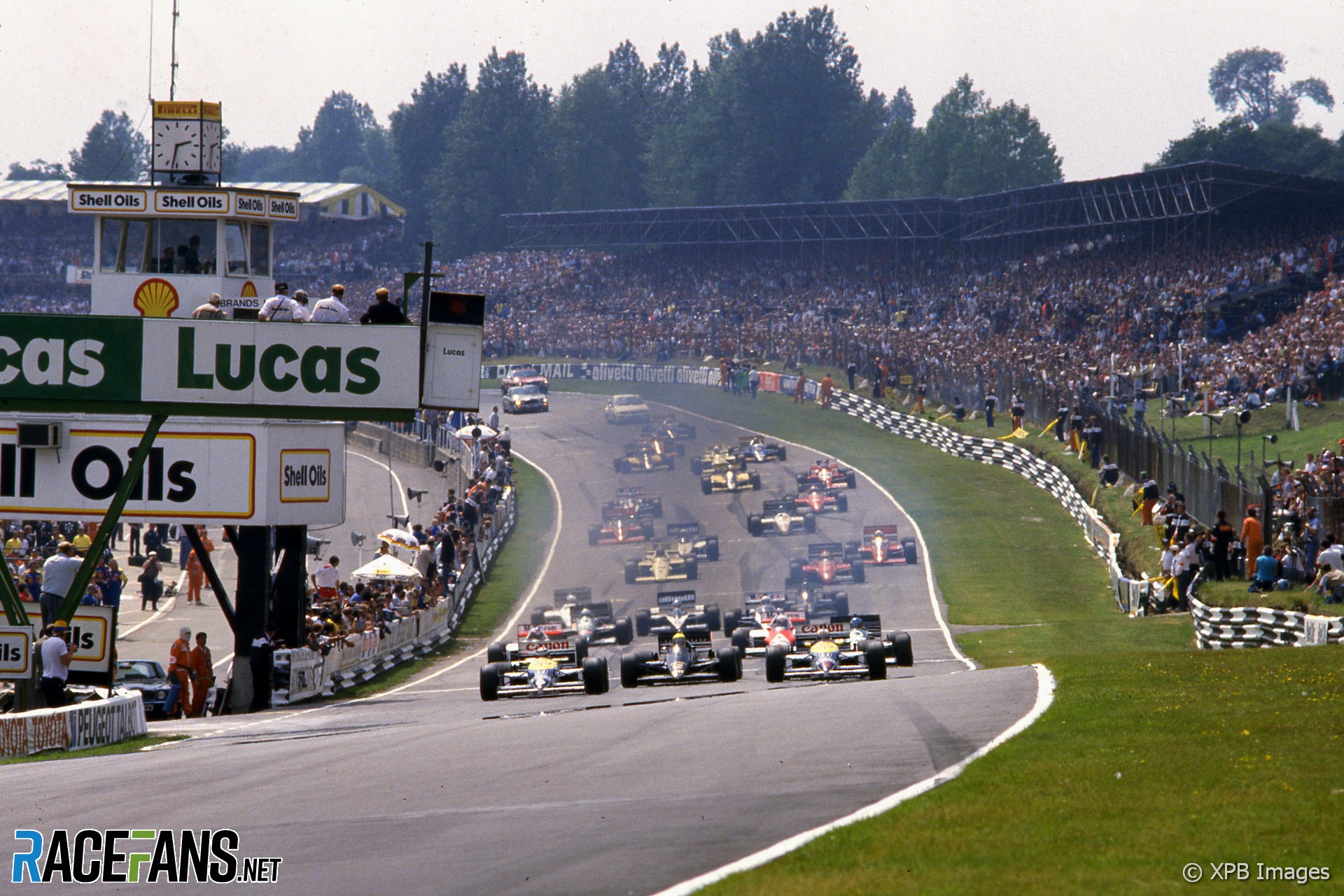 Brands Hatch followed Silverstone and Aintree as the third British circuit to hold a round of the world championship when it joined the calendar in 1964. This followed the construction of its ‘grand prix’ loop which extended the track into the Kent countryside via a series of sweeping crests and high-speed corners.

The back straight was realigned in 1976 to add more space to the cramped pit and paddock complex. That year’s race saw drama as the race was red-flagged following a crash at the start and home favourite James Hunt was originally barred from joining in the restart, then allowed in following the raucous disapproval of the crowd.

By the mid-eighties F1’s hugely powerful turbo machines were outgrowing the facility. Having shared the British Grand Prix with Silverstone for years, Brands Hatch was last used by F1 in 1986.

The final two races at the track were won by Nigel Mansell. He took a breakthrough triumph in the European Grand Prix in 1985, while Alain Prost clinched his first world championship, and held off team mate Nelson Piquet for a repeat victory the following year.

That race was disrupted by a major first-lap crash in which Jacques Laffite suffered career-ending leg injuries. Jonathan Palmer, who stopped his Zakspeed and rushed to Laffite’s aid, later purchased the track as part of his Motor Sport Vision group.