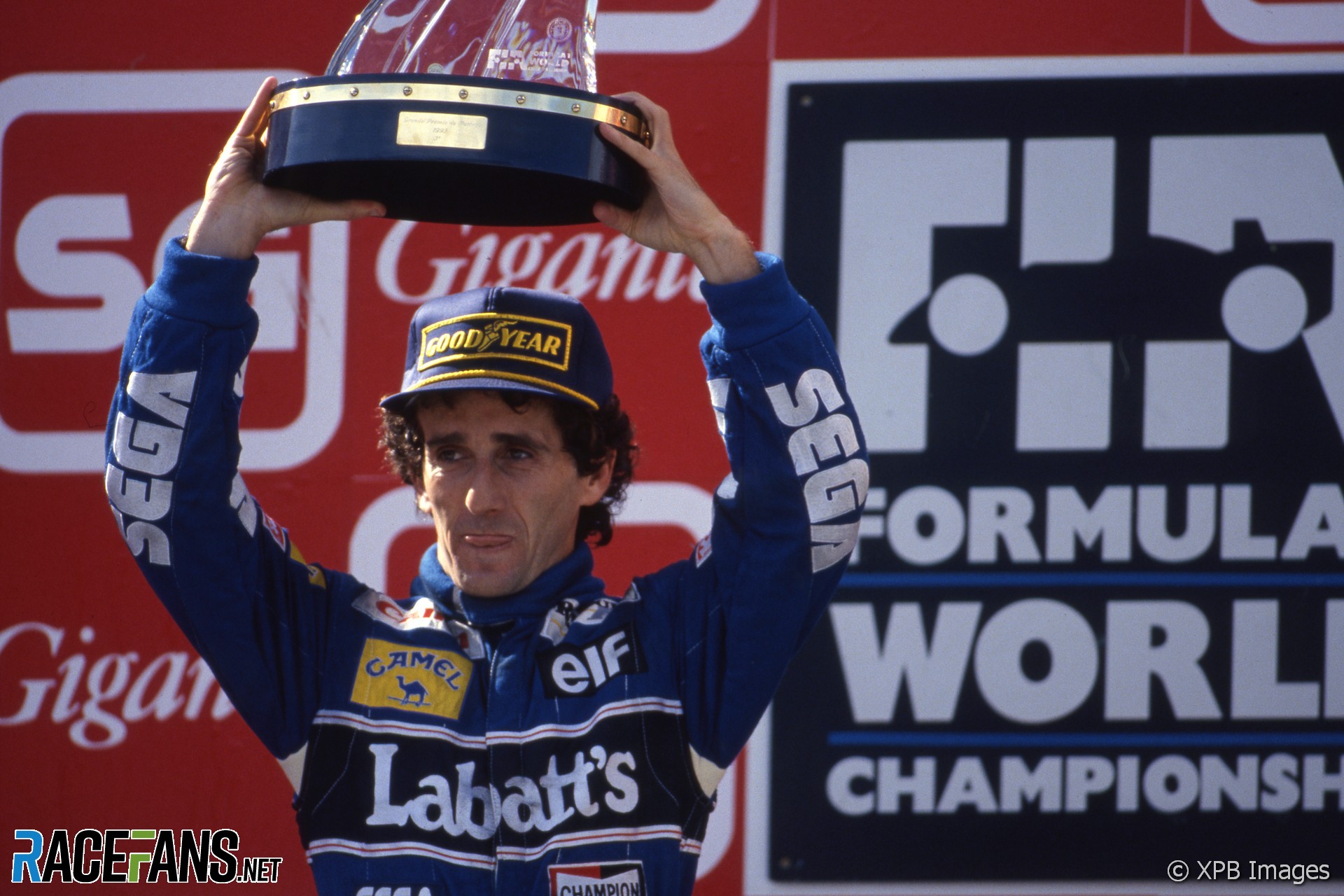 Alain Prost was deservingly dubbed ‘The Professor’ for his intelligent approach to racing. That, and his astute manoeuvrings outside the cockpit, which often paved his way into the right cars at the right times.

The result was 51 wins – more than any other driver at the time of his retirement – and four world championship titles. Had it not been for his notorious rivalry with Ayrton Senna, which descended into outright war during their two seasons as McLaren team mates, his career tallies might have been even more impressive.

Prost arrived in F1 with McLaren in 1980, having declined the offer of a one-off drive at Watkins Glen the year before. He often led team mate John Watson in his debut campaign, but his confidence in the car suffered after a series of dangerous suspension failures. He left to join Renault team who, with turbo engines, powered him to his first win on home ground in 1981.

The championship was a possibility in 1982 but chronic unreliability wounded his cause. He was also famously undermined by team mate Rene Arnoux, who refused to heed the team’s instructions for Prost to be given the win as the pair led the field at Paul Ricard.

Arnoux left for Ferrari and Prost led the 1983 title race until the final round, when he lost out to Nelson Piquet. Renault then dropped him after he dared to criticise them for not keeping the car apace with technological developments.

But Prost had the last laugh – while Renault endured two winless seasons and then withdrew from F1, he returned to McLaren and won first time out at Jacarepagua. However six further wins that year were still not enough for him to capture that first-ever title – he was beaten by team mate Niki Lauda by the smallest-ever margin of half a point.

Prost finally clinched the crown in 1985 and added a second in 1986 in a dramatic finale in Adelaide. By 1987 McLaren’s TAG-Porsche engines had fallen behind but McLaren boss Ron Dennis secured the coveted Honda powerplants – and the services of Ayrton Senna – for the next season.

The MP4-4s were untouchable in 1988. Prost held the upper hand for the first few races but Senna hit back hard, winning four in a row at mid-season. Although Prost accrued more points during the season, drivers could only count their best eleven finishes, and Senna’s eighth win of the year saw him clinch the championship at the penultimate round.

The pressures of the championship had taken its inevitable toll on their relationship, particularly in Portugal where Senna forced Prost alarmingly close to the pit wall at high speed. Matters worsened in 1989 when Prost accused Senna of reneging on a pre-race agreement at Imola.

That championship was decided in controversial fashion. Prost went into the penultimate race ahead on points and when Senna made to overtake his team mate Prost, well off the normal racing line, tangled with his team mate. Both were seemingly out on the spot and although Senna recovered and went on to win the race, his subsequent disqualification secured Prost’s third title.

Prost had already made arrangements to move to Ferrari. He took the number one with him and took the fight to Senna in the middle of the season. But returning to Suzuka the McLaren driver had the initiative and repaid Prost in kind for his tactics twelve months earlier. Though not quite with the same degree of subtltety – Senna rammed Prost off the track at the first corner at over a hundred miles an hour.

Prost’s relationship with Ferrari soured in 1991. Winless against the might of McLaren and Williams, he was fired before the final round for criticising his car in circumstances not dissimilar to his departure from Renault.

But, as ever, he had a contingency plan – a contract with Williams team for 1993. The team had dominated the 1992 campaign and Prost was rarely tested as he collected a fourth title, though Senna headed him in the points early in the season.

Having departed the sport seemingly for good Prost tested for McLaren at the beginning of 1994, then decided to remain in retirement. In 1997 he returned as boss of an eponymous team, formerly Ligier, but over the next five years the team dwindled from race-winners in 1996 to non-points-scorers in 2000. Prost quit for good after the team folded in 2001. He now serves as an ambassador for Renault.