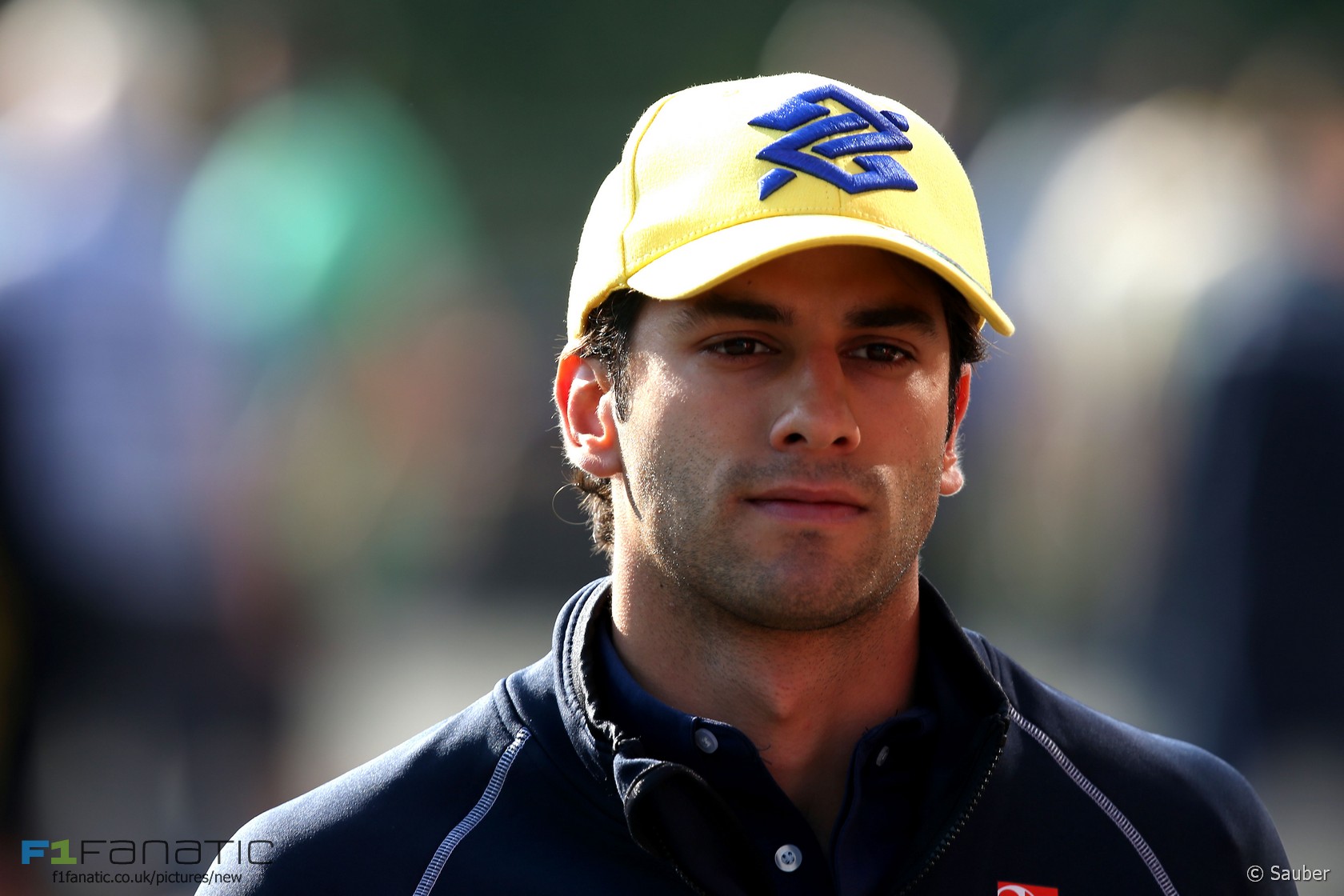 Although Felipe Nasr had his first run at a grand prix weekend courtesy of Williams, he makes his debut as an F1 driver with Sauber in 2015.

Nasr is the latest in a long line of Brazilian drivers who moved to Britain to progress their junior racing careers and eventually made it into Formula One. Like Ayrton Senna and Nelson Piquet before him, Nasr won the British Formula Three championship as he climbed the ladder.

He had taken his first steps in karts at the age of seven. After dipping a toe in the water in Formula BMW at the end of 2008 he impressed the following year by winning the F1-supporting Formula BMW Europe championship at his first attempt after moving to Italy. The driver he succeeded as champion was Esteban Gutierrez, whose he later replaced at Sauber.

He graduated to Formula Three the following year and claimed the title in his second season after switching from Raikkonen Robertson Racing to Carlin. Although he and team mate Kevin Magnussen each won seven races, Nasr built up a comfortable lead in the points early in the year and Magnussen couldn’t close the gap.

Up against the top talent from the European championship at Macau, Nasr narrowly lost out to Daniel Juncadella who beat him to the chequered flag by less than four-tenths of a second.

Nasr’s 2012 season began with a one-off appearance at the Daytona 24 Hours as part of a prize offered by fuel sponsor Sunoco. He placed third in the race in a Riley-Ford shared with Jorge Goncalvez, Michael McDowell and Gustavo Yacaman.

His main business that year was a move up to the GP2 championship with DAMS. While team mate Davide Valsecchi clinched the title at his fifth attempt, rookie Nasr ended the year inside the top ten. He was also the second-highest rookie in the final standings, trailing only James Calado.

Nasr then reunited with Carlin and took a final crack at the Macau F1 race. He could not improve on his previous best, finishing fifth, but he remained with Carlin for his second season in GP2.

Consistency was the key to his second year in the category. Although he failed to win any races, Nasr piled up the points and ended the year in fourth place.

He quickly put an end to his win-less run in 2014, taking his first of four victories at the Circuit de Catalunya. But in his championship battle with Jolyon Palmer, Nasr’s less combative style sometimes cost him when racing wheel-to-wheel.

At the final GP2 race of the year he lost his grip on second place in the championship to Stoffel Vandoorne. However by then his graduation to F1 with Sauber in 2015 had already been confirmed.

Nasr had already cut his teeth at the wheel of an F1 car, driving in five practice sessions for Williams during the year. However his Banco do Brasil backing eased his way into Sauber as they dropped both Gutierrez and Adrian Sutil at the end of their point-less 2014 campaign.

By taking fifth place on his debut in Australia, Nasr achieved the best result ever for a Brazilian driver on his debut – a statistic which compared him favourably to several famous names. It was also a case study in not wasting opportunities when they appear, as Sauber seldom proved as competitive again throughout the rest of the year.

This was an especially important result for the team on a weekend when they had attracted attention for all the wrong reasons. Former test driver Giedo van der Garde took the team to court claiming they had broken their contract with him by failing to give him a race seat, a situation which potentially jeopardised Nasr’s place at the team.

Once that was behind them Nasr added five further points finishes including an excellent sixth place in Russia. He comfortable out-performed his more experienced team mate Marcus Ericsson and was duly retained for a second season.