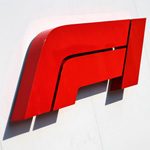 Which of F1's non-champions had the best cars in their careers?