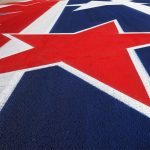 Group for fans going to the United States Grand Prix at the Circuit of the Americas.