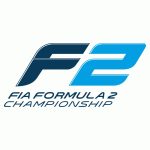 Should F2 and F3 drivers get to pick career numbers?