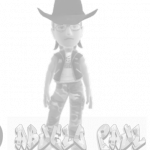 Active 5 years, 12 months ago
Could have been a fantastic race today at Silverstone, but the guys at Pirelli thought that they would make it a little more dangerous. View
Skip to toolbar