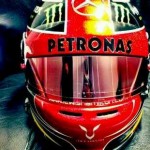 Active 8 years, 3 months ago
@fastiesty – Is the quality of the Formula 1 field weakening due to pay drivers? (those who get a seat due to their money and sponsorship backing)? An example being Maldonado getting a seat over Hulkenburg who even Lotus themselves admitted to preferring! Moreover, is a weakening F1 field shown by Vettel’s recent dominance? View
Skip to toolbar