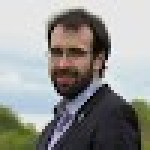 Active 3 years, 2 months ago
I’ll be watching the race this evening, so don’t expect anything too thorough until then! View
Skip to toolbar