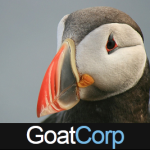 Active 6 years, 3 months ago
@jamiefranklinf1 Hey, We’d love to have a full grid for the Collantine Cup so we would love to have you join. What would your car preferences be? Red Bull, Mercedes, Lotus, McLaren and Sauber are all filled :) View
Skip to toolbar