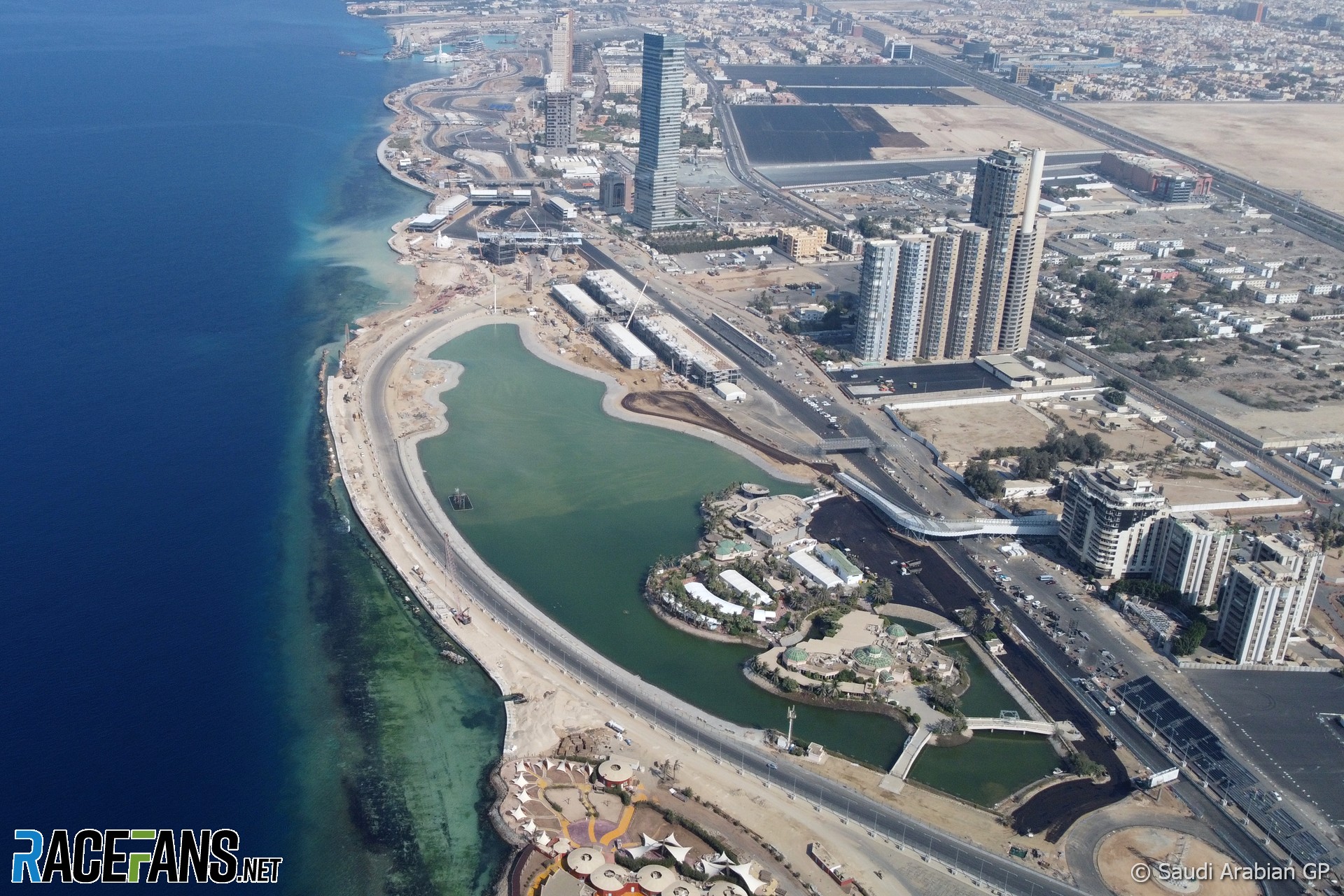 In the midst of the most enthralling championship battle in some time, the penultimate round of the season at the FORMULA 1 STC SAUDI ARABIAN GRAND PRIX 2021 could well prove to be the most critical of all 22 races this year.

But what awaits Max Verstappen, Lewis Hamilton and their 18 fellow drivers when they arrive to the Jeddah Corniche circuit for the very first time in December?

What is for sure is that this will be no typical street circuit. Instead of resembling something designed on an etch-a-sketch, the Jeddah Corniche Circuit is instead a ribbon of sweeping turns that organisers have proudly proclaimed “the fastest and longest street circuit in the world”.

“We worked closely with the organisers in Saudi Arabia and with Formula 1 to create a circuit that will produce great racing and will be a challenge for the drivers,” says Tilke.

“We have a very challenging fast section that the drivers will love, a 12-degree banked corner that will help with overtaking and a stadium section surrounded by a number of grandstands. In addition, there will be DRS zones on the straights to further aid overtaking, while the whole thing is situated in a beautiful location under floodlights. It will look incredible on TV and also from the point of view of the spectators in the grandstands.”

The surplus of high-speed, sweeping corners around the 6.175 kilometres of the Jeddah Corniche circuit have been made possible, Tilke explains, because it is not confined by the dense, urban setting of downtown Jeddah.

“The beauty of this location is that we are close to the city and can attract a high number of spectators, but we are not confined to a downtown area which is restrained by the location of buildings,” he explains.

“Typically, modern cities are made up of blocks, which when used for a circuit leads to many 90-degree corners one after, another which isn’t particularly exciting for the driver or spectator. For me this is why the Jeddah Street Circuit works so well. It’s close to the city, it will draw in the spectators and have the atmosphere of an urban venue, but it has the space so we can increase the speed of the corners which is something you can normally only do at a permanent facility.”

Beyond simply having one of the most open layouts among the many street circuits on a modern F1 calendar, the FORMULA 1 STC SAUDI ARABIAN GRAND PRIX 2021 is expected to have one of the highest average lap speeds of any track on this year’s calendar – and one of the greatest challenges.

“It will be the fastest street circuit in terms of average speed, estimated to be 252 km/h,” predicts Tilke.

“While many of the corners will be at full acceleration, they will still be a challenge for the drivers. I have driven the lap many times on the simulator, but with the walls close to the edge of the circuit, you really need to concentrate to avoid making a mistake. I find that the character of this track really flows in this landscape and it will be very rewarding for those who can master its 27 corners.”

After one of the most intensive preparation periods that any grand prix has seen to bring Saudi Arabia’s dreams of hosting a Formula 1 race to life, Tilke is confident the end result will show how all the effort of everyone involved was worth it.

“It has been incredibly busy. Never before have we undertaken a project like this in such a short timeframe.

“We’ve had to put in place all the foundations for the buildings, the drainage for the whole area and the track itself. It’s been a huge undertaking and a challenging project.”

In a matter of days, the 20 Formula 1 drivers will finally get to experience this exciting new addition to the championship for themselves.